“Because people who don’t have a foundation to build their life upon will always be confused and be moved by the fads of the people. We should certainly be open-minded people, learn from other cultures, read, and study. In fact, our religion teaches us to do so, but we have to know what to filter out with the Quran and Sunnah.”

Here are some old ads endorsed by upstanding doctors whom people trusted, of a product that has killed more than 100 million people in the 20th century. This product killed more than World War I and II combined. The old cigarette ads read: “More doctors smoke camels than any other cigarette”. “Not one single case of throat irritation due to smoking camels”. Cigar’s De Joy gives immediate relief in cases of asthma, couch bronchitis, hay-fever, influenza & shortness of breath”.

It used to be common advice that cigarettes are safe to use. But it doesn’t stop there: companies like Coca-Cola used to put the illegal drug cocaine in their drinks. The point is that a person needs to have standards and has to put a line on the ground that he/she won’t cross no matter what crazy ideas society comes up with.

Here in the US, people are confused whether it’s moral for men to marry men. Why all the confusion? Because people who have no code to live by or don’t have a foundation to build their life upon will always be confused and be moved by the fads of the people. The hard part of getting Muslims to see these things is that they have to first believe that the Messenger of Allah (saw) was, in fact, a successful, respectable person who was taught knowledge from The One True God and that he should be consulted in all affairs.

People like to say they are Muslims without accepting an Islamic outlook on life. When you don’t have an Islamic outlook, it’s easy and natural to follow non-Islamic ideas and be confused by them, especially when our parents, grandparents, teachers, the media and many people around us are in the same boat.

We should certainly be open-minded people, learn from other cultures, read, and study. In fact, our religion teaches us to do so, but we have to know what to filter out with the Quran and Sunnah. If we don’t, we will always go around as a man who has one foot on the boat and one on the dock, always wobbly ready to fall into the water.

“O you who have believed, obey Allah and obey the Messenger and those in authority among you. And if you disagree over anything, refer it to Allah and the Messenger, if you should believe in Allah and the Last Day. That is the best [way] and best in result. “ (4:59)

I hope you see that we need to refer back ideas we get to not what we want or think we want, or the people want, but to the Quran and the Messenger of Allah (saw).

“O you who have believed, do not raise your voices above the voice of the Prophet or be loud to him in speech like the loudness of some of you to others, lest your deeds become worthless while you perceive not.” (49:2)

We will always hear people saying this about what is halal or haram. But if you don’t see them giving proof from the Quran and authentic hadith, then their words are empty. We don’t want to raise our voice about the voice of the Prophet (saw) and let other voices drown out the spirit of his teachings. Be careful where you get information whether it’s from a doctor, imam, friend or teacher. All of their advice is second to authentic hadith and ayaat from Quran mixed with a little common sense.

Now, a good question to ask is how one can control their sexual desires in a healthy way. The answer is to read about what others have done that has worked and done it. There is no need to make an oath because there is no benefit in making oaths. If you break them, then Islamically you may need to make an expiation if you did it in Allah’s name. There is no point to this oath.

There are many resources to use in building a system of recovery; looking at the life of the Prophet (saw) and extracting lessons, gaining strength from Quran, observing nature and learning lessons that one gets from participating in nature.

What do you get from doing all this work? Remember brother, anything we do that Allah (swt) likes is a blessing. Blessings help us to feel good about ourselves, cause people to respect us and, of course, with Allah’s mercy, get us into Jennah, in sha’ Allah. Doing what Allah (swt) does not like gives us the opposite.

I hope that helps and Allah (swt) knows best. 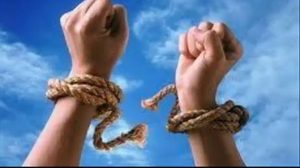 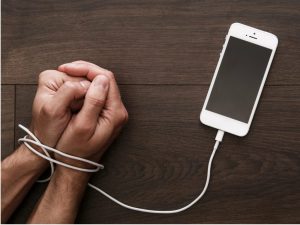 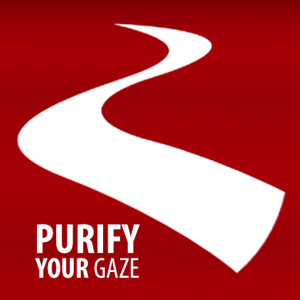