aaa
Q Salam Aleikom. I’ve been married for 3 years and have an 18 month old daughter. My first year of marriage by far has been the worst experience in my entire life.

My wedding day was a nightmare as my mother in law started abusing my family. One month into my marriage my husband left me stranded at a friend’s wedding. He has disappeared, and from that day I discovered that he is a drug addict and a cheat. It only started getting worse.

He would disappear hours and come back home the following day in the afternoon off his face and finding messages from girls on his phone. I fell pregnant. When I found out I had mixed emotions.

I prayed that the fact that I was expecting would make him change his habit. It didn’t. All he did was work so hard and the money he earned was spent on drugs and alcohol.

One day he took off and I was broken. He took off for three days, and I had nothing to eat. My friend had picked me up to grab a pizza and go to an Islamic lecture. He called me and I didn’t pick up as I was so angry at the fact that he left me home for 3 days and didn’t care about me nor about his unborn child.

Cutting the story short, it escalated and his mother was abusing me and saying my child was a bastard child. Half an hour of me being home crying, there was a knock on the door. It was the police. It turned out his mother called the police accusing me of threatening to kill her and running after her son with a screwdriver!

God is so big wallahi He is! After an hour or more of investigation, the police made him pack up his belongings and leave the house.

Anyways, we ended up separating. I gave birth without him even knowing as he never called. My mother called him a week after my daughter’s birth. Months later we both decided that it would be better than we get back to each other for the sake of our child. He promised that he would leave the drugs. We moved in and the same thing even worse.

Every day, he would go take drugs and drink and every day going through his phone I’d find messages from girls. I left once again. Months later the same thing happened, yet this time my family wanted me to go back as them seeing my daughter fatherless was killing them.

This time he made an oath to my family that he will not take drugs and he left that life. I’m back in square one now. He’s on drugs nearly every day. He comes home smelling from the alcohol, can’t speak, and is off his face. He doesn’t go out as late anymore but still. My daughter is almost 2 years old and he is only getting worse. I’m out of love with him, to the point I don’t allow him to touch me because I’m so turned off him.

I know Islamically that’s wrong but I can’t help it. I also can’t obey him or respect him. It’s draining me. He never ever has money because all his money goes on haram and it doesn’t seem to bother him. I’m so depressed!

He doesn’t respect me as a lady, wife nor the mother of his child. He abuses me verbally and when he sobers up he will investigate my phone and always is accusing me of cheating. I’m not allowed to work, nor go out. I can’t even have me time!

He’s always got to be around me and it’s killing me! He is very jealous to the point if a man looks at me he will start swearing at me. I’ve sacrificed so much for this marriage. I was forced to put the scarf on. I don’t work and have no friends whatsoever. Yet, I’m never good enough for him!

As days go by, I realize that there’s nothing there for him. No love, attraction or respect. I hate being around him, I hate speaking to him or even looking at him it depresses me more and I’m dying on the inside.

I’m 26 years old. I shouldn’t be worried of having kids and saving up. But with him, I can’t even have a second child nor have any money. He doesn’t give me love, affection or respect for a day!

I only stayed thinking things will only get better, but it hasn’t and now I’m very very depressed. What do I do? Please help me!

• It is important that you take your family into confidence about what you are going through.

• I would advise you to stop fearing the worst and become assertive with your husband about your relationship with him. Tell him that you are absolutely not ready to live this way and keep your daughter under his shadow if he does not change.

• If your husband still fails to change, be prepared and strong enough to leave the relation to save your life and your daughter’s.

• Having a good social circle will help you to cope better and heal quickly.

I am so sorry to hear about what you are going through. Ma sha ‘Allah, you are a strong lady and are putting up with life’s trials bravely. I can hardly imagine how difficult it must be for you!

From what I have understood from your post, you have mentioned that your husband is a drug addict. He cheats on you. He is involved with other girls and does not care for you or your daughter.

Further, your mother-in-law also abuses you emotionally. You have been separated from your husband once but have returned to him as your family wanted your daughter to have a father.

Your husband took an oath that he would change, but he has not changed any of his ways. He does not let you work and accuses you of being a cheat. And now you’re at a point that you dislike him and do not want anything to do with him. However, you are also worried about the future and need help in making the “right” decision.

Sister, you are at a difficult point, indeed. However, you need to make a decision to move forward. Since you do not have any feelings for your husband, he is draining you out emotionally and mentally. He is not willing to change. It would be best if you decide to go your own separate ways. Living in such a relationship will not only be toxic to you, but also for your daughter.

As you have mentioned, taking drugs is haram in Islam. It makes a person not just far from Allah, but it also makes on shirk their worldly and familial duties. And since your husband is involved with other girls, there is a possibility he commits adultery which also increases your risk of getting a sexually transmitted disease.

I understand that living in this relationship is having a heavy toll on you. This makes you less able to use your potential, do your Ibadah and look after your daughter. Also, right now, your daughter is too small to understand all this.

However, InshaAllah, one day when she grows up and understands everything, she will question what kind of relationship the two of you have. As a result of living in a negative family environment, she may even develop negative feelings towards marriage and life in general.

It is important that you take your family into confidence about what you are going through. You have mentioned that you are afraid to have any more children. In your situation, it is absolutely understandable.

I would advise you to stop fearing the worst and become assertive with your husband about your relationship with him. Tell him that you are absolutely not ready to live this way and keep your daughter under his shadow if he does not change.

Let him know that if he wants to keep you both, he has 3 months (or more: but be specific about the time period) to change. Pray to Allah in the meanwhile to change his heart and bring him to the straight path.

Sister, Islam gives you the right to annul the marriage in case you are not happy and your rights are not met. While divorce is not favored in Islam, desperate situations do call for desperate measure. If your husband still fails to change, be prepared and strong enough to leave the relation to save your life and your daughter’s.

Once you have fully accepted and made the decision about leaving the relationship, your life will not become any easier. You would have to work hard to bring up your daughter as a single mother. Further, the society will put hundreds of questions on you. But you will need to be firm.

While you recover from the emotionally abusive relationship, make sure you implement the following strategies to help you heal.

Connect with Allah – Get closer to Allah by praying, supplicating, reciting the Quran. In Quran, Allah SWT says:

Also, connecting at your community mosque will help you get closer to other sisters who are going through hard phases of life. Having a good social circle will help you to cope better and heal quickly.

Stay positive – While this may be a difficult phase of life, know that Allah has planned out better things for you, InshaAllah. You are young, energetic, well-educated, Masha’Allah, and the world is full of opportunities. You just have to trust Allah and maintain a positive outlook on life.

Start working –Working will also help you gain some peace of mind. In addition, it will also help ease your financial worries. It will make you self-dependent and will help with raising up your daughter.

Work on healing yourself and your self-esteem – Emotionally abusive relationships often lead to self-doubt, shattered self-confidence, and lowered self-esteem. If you want to do self-help therapy, there are several online resources to enhance your self-esteem. However, if you feel you would not be able to do it on your own, get help from a professional therapist.

Focus on your daughter; she needs you the most – Your daughter is innocent in all this. Remember to take care of her and take out time for her. Be her guide in Islam as well as in this world.

May Allah protect her and you from all evil. 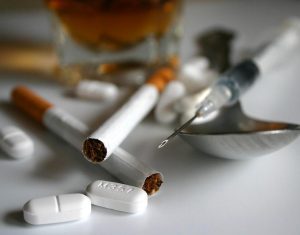 My Husband is a Drug Addict! 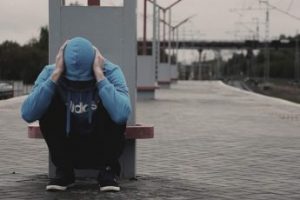 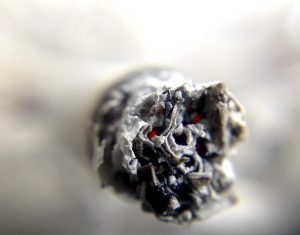