aaa
Q Assalamu Alaykum, How can it be that in a case in Nigeria, many years back, a woman is sentenced to death for adultery? The Quran specifies that the punishment with four witnesses for adultery and fornication is a hundred lashes (24:2). It is inconceivable that the Prophet (peace be upon him) would have either acted against this instruction, which is to flog people who do this sin, or if he ever did sentence someone to death at some point, then this verse must be taken as abrogating that punishment. I've heard some people say that stoning only applies to married couples committing adultery, but that contradicts the Quran, and in the Nigerian case the woman was not even married! I've also heard that scholars have agreed that this verse was referring to the first part of the punishment and that the guilty should also be stoned (after being flogged). This sounds like applying two punishments! According to the hadith upon which the ruling on stoning the married adulterers is based, when the woman requested not to be stoned, the response by the Prophet implies that they should not have done so. In the Nigerian case, the woman is clearly appealing against the sentence. If she'd claimed to have been raped, would the charges have to be dropped? Please explain what is the rationale (if any!) behind such ruling. Jazakallahu kheyr for your time, wa salaam.

First of all, I would like to bring to your attention that the authority for Muslims in Islam is not the practice of Muslims and Muslim States. Imam Ali (Allah be pleased with him) once said:

‘We know people by al-haq (the truth) and we do not know al-haq by people.’

This means that we should evaluate people by how strong their adherence and commitment to the true path and that we should not evaluate any path by those who are affiliated with or practice it.

The case you mentioned is only one of many other cases in several areas of the Muslim World, where shar’ia (Islamic law) is practiced primitively, if I may say, and away from the objectives and intentions of shari’a. One can see this clearly in the application of hudud (punishments).

Some Muslim communities see hudud only as punishments for criminals; they don’t perceive hudud as part of a comprehensive system that works in harmony. This system, which is a way of life, is clearly balanced by justice and aimed toward serving the interest of people.

Hudud in this sense are not merely punishments, on the contrary, they are limits and preventive means placed within a larger framework of justice, related directly to the interests of people to serve the ultimate objectives of the Islamic law.

Secondly, I think it is useful to know that the punishment system in Islam has concerns that Muslims need to be aware of. It concerns that are aimed toward the three dimensions of any crime: the criminal (the one who carried out the act), the society (where the crime took place) and the victim (the one who was subject to the criminal act). These objectives are:

Also, this system is governed by a few key principles, which are:

In addition, it is important to know that in Islam, punishments applied by the Muslim State should be the last resort in preventing crimes and saving the society. 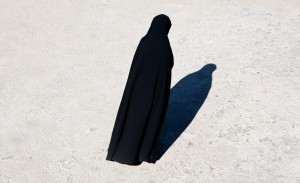 The Muslim State should insure the fulfillments of the citizens’ needs in every aspect of their life.

Moreover, practicing al-amru bil ma’ruf wa an-nahiyu ‘an al-munkar (enjoining the good and forbidding the evil) in its proper way comes before the application of punishments.

According to the majority of scholars, in its legal meaning zina is ‘the voluntary sexual intercourse outside of marriage when the male sexual organ is inserted inside the female one, regardless of the number of times.’

The act of zina is committed voluntarily, thus rape is not zina and any sexual act under constraint is not zina as well. Also, there should be no doubt that the two partners are not married to one another; any doubt in this sense makes the act not zina.

Finally, the sexual organ must be inserted inside the female vagina, thus any other intimate act, even if it is haraam (prohibited), does not qualify for any specific fixed physical punishment set out in Islamic law (i.e. hudud). There are about 10 conditions of zina you can refer to in books of fiqh (Islamic law).

Islam considers zina a major sin, an indecent act, and an evil path. Therefore, protecting society from zina is an evident aim of Islam. Since zina is considered a great sin and a detestable social illness, Islam required doubtless proof for convicting an individual of zina and severe punishment for those convicted.

There are three clear means of proving zina:

Scholars agreed on the first two methods of proving zina, but disputed the third one; some scholars rejected the third point as proof.

As for those convicted, punishment may be depending on the case; 100 lashes or stoning. The punishment for unmarried individuals is to be flogged 100 lashes. Allah said in the Quran:

{The woman and the man guilty of adultery or fornication,- flog each of them with a hundred stripes: Let not compassion move you in their case, in a matter prescribed by God, if ye believe in God and the Last Day: and let a party of the Believers witness their punishment.}

The punishment for individuals whom are married and commit zina is stoning until death. The Prophet (peace be upon him) said:

‘The blood of a Muslim who testifies that there is no true god but Allah and that I am Allah’s messenger, does not become permissible except for one of three acts: a married person who commits zina, one soul for another (killed) soul, and a man who abandons his deen (religion) and departs from jamaa’ah (of Muslims).’ (Sahih Muslim)

Also, the sunna recorded that the Prophet (peace be upon him) punished by stoning a number of people such as Ma’iz ibn Malik and Al-Ghamidiyah. Some scholars said the punishment for a married person accused of zina is both flogging and stoning, but the vast majority of scholars did not accept this and limited the punishment to stoning only. 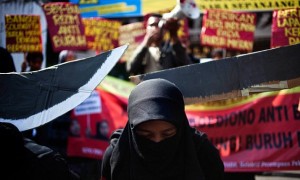 Ibn Al-Qayim in his book A’lam Al-Muwaqa’in, after thoroughly discussing zina as a major detestable sin and explaining its danger to the society stated: ‘…for the zani (the one who committed zina) there are two conditions: