aaa
Q Why are women ordered to wear the hijab while men are not? Although they may be fitnah like women?

We pray that Allah (swt) makes matters clear for you and descend peace and serenity upon your heart and mind.

Now with regards to your question, let us put a few matters in perspective.

Allah (swt) is The Most Knowing (Al ‘Aleem), the All-Wise (Al Hakeem), The Purifier (Al Qudoos),and He instructs all that is good and pure for both men and women in this life and the next.

Allah (swt) is never unjust, not even in the slightest. He ordered both men and women to take some measures that will lead them to live an honorable, dignified life.

If you are thinking: “but why is He ordering certain clothing in the first place?”, then let me share with you some excerpts from a university’s dress code guidelines that staff, employees and students are obliged to adhere to. Mind you, this is an American University:

“This policy sets guidance [for what’s expected from staff and employees].

Failure to comply with guidelines will result in disciplinary actions.

Clothing should be appropriate and not display profanity.

Shorts are not appropriate and cannot be worn.

Attires should not distract or disrupt work environment.”

The guidelines go on to say what exactly is acceptable and what isn’t.

This is not restricted to the university, but also work places/job interviews/sports clubs/ some restaurants. There are laws, regulations and guidelines designed by different authorities to inform people of what’s acceptable and what isn’t.

In the university example we mentioned earlier, they have imposed laws to make sure that no one is dressed in a manner that is distracting, disrupting or disrespectful.

As an authority, the university decided what is best for its community.

Allah know what is best and purest for us

Now, as the Supreme Authority, doesn’t Allah (swt) also know what is best and purest for His created beings?

In His Wisdom, Allah (swt) also informed us of what is best for our communities and our learning journeys on this earth.

In the Chapter called ‘The Light’ in the Noble Quran, Allah says (as translated into English):

(Note: instructions are given to both men and women)

So, instructions are given to both men and women to lower their gaze and behave modestly.

Both men and women have rights and responsibilities according to their unique natures; their physiological, psychological and biological compositions. 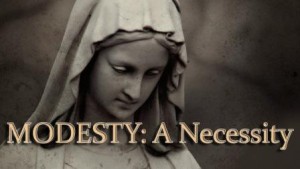 Why Are Women Ordered to Wear Hijab While Men Aren’t?

Let us be honest.

Women are more desirable and more concerned with adorning themselves and accentuating their beauty. Who are the largest consumers of the beauty industry, men or women? It is largely women.

So, the point for a woman with regards to the hijab is not to give up her beauty, but rather to be in control of it; to force others to listen to her and know her for who she is, not how she looks.

Now, I was just having a conversation with a colleague of mine about the hijab. I asked her the question you asked. Her most sincere, spontaneous, instantaneous answer was rather beautiful. She said:

“It is so simple, look at who is being used the most to sell products in advertisements… is it men or women? It is women, of course. Women are the most beautiful. Allah asked both men and women to lower their gaze and dress modestly. But women are more beautiful. So, when they’re asked to cover a bit more, NOW they can be equal to men, and now both men and women can equally strive to lower their gaze.”

It is a complementary effort that aims to create pure, modest societies.

Women’s full beauty are meant to be enjoyed within the settings mentioned in the verses. Those are basically the settings where the woman is with those who love, cherish and honor her, not objectify or exploit her.

You can do academic research on how women are objectified, exploited and sexualized in advertisements and the media; how the woman’s body is used to sell products and allure audiences for different purposes.

Now, Allah (swt) doesn’t allow for women to be degraded, objectified or descended to that level. Women are much nobler than that. A woman’s body is sacred. Allah has elevated women. Paradise is under the feet of women.

The example of Mariam’s purity and modesty

Allah (swt) dedicated an entire chapter in the Quran for a woman (chapter 19 titled Mary). Why? Because of her purity and modesty… her purity elevated her.

This is Mary (peace be upon her) one of our most noble models to emulate.

{O Mary, indeed Allah has chosen you and purified you and chosen you above the women of the worlds.O Mary, be devoutly obedient to your Lord and prostrate and bow with those who bow [in prayer].} (Quran 3: 42-43)

{And mention, [O Muhammad], in the Book [the story of] Mary, when she withdrew from her family to a place toward the east.And she took, in seclusion from them, a screen. Then We sent to her Our Angel, and he represented himself to her as a well-proportioned man.} (Quran 19: 16-17)

The minute she saw him, she (peace be upon her) said:

Unlike some women who complain about ‘fitnah’, she (peace be upon her) knew what to do. She worked on her own modesty and on lowering her own gaze.

When she did that and said what she said, Angel Jibreel (peace be upon him) immediately returned to his angelic form. He returned to being a creation of light.

Her modesty brought out the light in him, the angel in him.

Now, what do we bring out of those who look at us? The light in them, the remembrance of Allah and the purpose of life… or something else?

What are we, women today, trying to do– seriously and honestly? 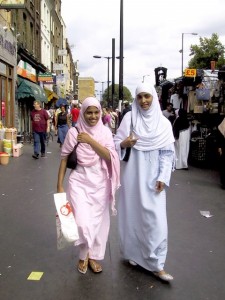 Can we look deep down, have a sincere moment with ourselves and think about what are we really after, what desires do we have and what are we trying to achieve?

A woman’s womb in Arabic (rahm) is extracted from the name of Allah ArRahman (The Most Merciful). In-and-of itself, this is a sign of elevation and closeness that the woman has with The Creator, The King of kings, and the Giver of Life.

This is the woman, the source and the foundation of the society, the link that ties the community together.

If her beauty is displayed everywhere, wouldn’t that bring unwanted attention, distraction, envy, jealousy and other aspects that destroy homes, families and relationships… and ruin the foundation of the society that should be strong, pure and united?

It is only befitting for her to be honored and elevated, with clothing revealed from above seven heavens. Is there anything more elevated?

Now let us think: If we are not following Allah (swt), who exactly are we following? Which designer, which brand….? Who is dictating what’s ‘in’ and what isn’t for us, what’s ‘hot and what’s not’? Who is putting pressure on women globally to abide by certain standards of beauty, certain measurements, body types, skin types…. you name it.

If anything, what Allah is calling us for is a sign of His mercy. He is helping us liberate ourselves from having to follow certain standards that change every day. He is making us leaders not followers; independent and dignified. We choose what to cover/uncover, when and to whom.

We’re not meant to be subjugated to whims, desires and trends, or have our bodies; arms, legs, chests revealed and exploited on this magazine or the other.

Why make women easily-accessible objects of desire in such manner when they’re such noble, precious, elevated beings?

Note that veil and modesty have also been prescribed in earlier Scriptures (in Judaism and Christianity).

And the covering that is mentioned in the Quran is in a chapter called “The Light”. In essence, it is a means for women to accentuate the light in their hearts.

Yes, it might be difficult since women love beauty and love beautifying themselves. But, again, we’re not required to give up beauty, but rather discipline when and where it is showcased. It is a means of self-purification and overcoming the nafs and connecting with a higher purpose.

It does bring, for those who are sincere, immense feelings of satisfaction, honor, elevation, spirituality, protection, love, warmth… and other feelings maybe I can’t put them into words.

If men are fitnah, as you mention, then maybe we should remember and follow Mary (peace be upon her), let us lower our gaze, practice haya’, and help others also work on lowering their gaze… the believing men and the believing women are allies! We’re not competing with one another, fighting or trying to overpower one another.

{The believing men and believing women are allies of one another. They enjoin what is right and forbid what is wrong and establish prayer and give zakah and obey Allah and His Messenger. Those – Allah will have mercy upon them. Indeed, Allah is Exalted in Might and Wise.} (Quran 9:71)

The attitude of “why do I have to do this, not him” or “why do I have to do that, not her” ….This is not mature for us and this is not befitting. There is no room for this between us. We are allies. We are building communities together; pure, dignified communities. We are meant to raise children and serve humanity. Why open doors for distractions, break our homes and create unnecessary fitan for one another.

Men and women complement each other. We don’t need to ask: why are men obligated to spend their money on their families while women aren’t? Or why are women given the ability to give birth and men aren’t? Each of us have rights and responsibilities. Women are the center and the foundation of the family, the community and the Ummah.

Men are maintainers and protectors of women

Men are maintainers and protectors of women. Together they complete and complement each other. While they’re unique in their roles and responsibilities, but in the Sight of Allah, they’re equally valued and rewarded… 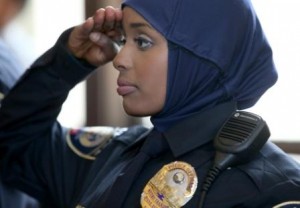 May Allah make us among them!

May He purify us and help us live a life that is most pleasing to Him, and elevate us to the best of statuses in this life and for eternity.  Ameen.

Are Men Better Than Women in Islam?

How Did I Overcome My Hijab Challenges?