aaa
Q We often hear about the quality of hayaa (shyness/bashfulness/modesty). Why is it important or relevant today?

We live in a global culture today where sexuality is glorified and celebrated. You can look at the mainstream social media or Instagram photos of people’s poses for example… even people who may be in your direct circles, their poses and display pictures on social media are inspired by a global trend that promotes sexuality as an empowerment.

Simply look at makeup names today as well. Makeup palettes, lipsticks and nail polishes… all called names like nude, naked, and many other explicit and rather inappropriate terms. You’d be surprised what a popular mascara is called and people use its name so casually.

Now, if and when this becomes so acceptable and casual, Shaitan (Satan) has taken over us. Shaitan’s task is to drive people towards accepting impurity and nakedness as these corrupt their dignified pure souls and their elevated purpose in life.

A person cannot inhale and comprehend the pure words of Allah Almighty in the Noble Quran when their eyes, ears, tongues and heart are impure, polluted or contaminated with indecency and impurity. The heart is the main force of change and empowerment.

The heart is what we reason and think with as per the Quran. If this is contaminated, you’ll find many people unable to comprehend the Quran or move forward with the deen or be concerned about the Ummah.

The epic summation of all of this is the hadith of the Prophet (peace and blessings upon him) mentioned in Al-Bukhari and Muslim about what is lawful and what isn’t lawful and how indulging in what might not necessarily seem haram (unlawful) but is suspicious and impure makes the person fall in a major act against himself and his deen. The last part of this hadith says:

Modesty, hayaa (which lies in the heart) when it’s there, the whole body and whole being will be sound, productive and awake spiritually, intellectually, physically and socially. And if this is contaminated, the person will be weak and sick, helpless, disinterested in what really matters and overall not driven.

Hayaa is thus a major force for productivity.

Many people do not know what this means or think it is only about women or only about hijab, when the context of the hadiths where it was mentioned had nothing to do with women or hijab.

One of which is this:

The prophet himself was even shier than a virgin behind her veil. When he saw something which he disliked, we could perceive it on his face. [Al-Bukhari and Muslim].

How can this be the quality of our Messenger and we speak shameless, explicit words or consume materials that contains such shamelessness mindlessly, carelessly or casually?

This quality is a lost quality of the believers today. It is understated and underrated while the Prophet has singled it out as an entire level of faith.

So, attaining hayaa and practicing it is a major force for spiritual, physical and social productivity and awakening.

The Messenger of Allah (peace be upon him) said: 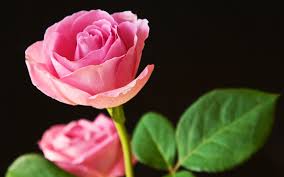 It is essential to revive hayaa in the Ummah and stand up for what’s pure and speak against what’s impure and corrupt in our world today.

We must celebrate hayaa as an all-encompassing empowerment of the human being, while there is a global trend pushing for the opposite narrative.