The Philosophy Pages defines “agnosticism” in these words:

Belief that human beings do not have sufficient evidence to warrant either the affirmation or the denial of a proposition. The term is used especially in reference to our lack of knowledge of the existence of God. In this, the agnostic, who holds that we cannot know whether or not god exists, differs from the atheist, who denies that god exists. (The Philosophy Pages, last accessed June 16, 2009.)

It was the well-known British biologist Thomas Henry Huxley (1825 – 1895), who coined the term “agnosticism” in 1869, and it was first used in the disputes about science and religion. In an essay entitled “Agnosticism” he wrote:

Agnosticism, in fact, is not a creed, but a method, the essence of which lies in the rigorous application of a single principle. That principle is of great antiquity.

It is as old as Socrates; as old as the writer who said, ‘Try all things, hold fast by that which is good’. It is the foundation of the Reformation, which simply illustrated the axiom that every person should be able to give a reason for the faith he or she believes in. It is the great principle of Descartes. It is the fundamental axiom of modern science.

That I take to be the agnostic faith, which if a man keep whole and undefiled, he shall not be ashamed to look the universe in the face, whatever the future may have in store for him. (More on Huxley and the Definition of Agnosticism, last accessed June 16, 2009)

In another essay, “Agnosticism and Christianity”, he also wrote that “it is wrong for a man to say he is certain of the objective truth of a proposition unless he can provide evidence which logically justifies that certainty. This is what agnosticism asserts and in my opinion, is all that is essential to agnosticism.” (The Essence Of Agnosticism, last accessed June 16, 2009)

In the field of religion, agnosticism implies uncertainty about the existence of God. To the question, “Does God exist?” an agnostic may give any one of the following answers:

2- As I am not certain, for all practical purposes I would proceed on the assumption that God exists.

3- As I am not certain, for all practical purposes I would proceed on the assumption that God does not exist.

4- I am not able to say anything; because there is no way I can establish the existence or the non-existence of God.

5- Maybe God exists; but we have no means of knowing anything about God.

The one principle linking all meanings of the word “agnosticism” is that God’s existence can neither be proved nor disproved on the basis of current available evidence.

Agnostics note that some theologians and philosophers have tried to prove for millennia that God exists. Others have attempted to prove that God does not exist. Agnostics feel that neither side has convincingly succeeded at their task.

To put it succinctly, the theist asserts God’s existence, the atheist denies it, while the agnostic professes ignorance about it.

Allah (Arabic for God) in the Noble Quran, which Muslims believe is the word of God, commands:

The Noble Quran defines a believer as a person who believes in the Ghaib, that is, in the invisible world beyond the perceptible world of our senses. And it is clearly stated that if one ponders over the phenomena of nature, one will naturally arrive at the One Power behind them. 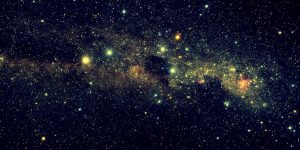 In other words, the Noble Quran does not encourage anyone to blindly believe in God; but rather keep an open mind to accept the all-pervading evidences of Divine Presence spread throughout the universe.

For this reason, neither atheism nor agnosticism will have any legs to stand on, if the winds of our reason are freely, and without prejudice, let into our mind.

For God in the Noble Quran says:

{Behold! in the creation of the heavens and the earth; in the alternation of the night and the day; in the sailing of the ships through the ocean for the profit of mankind; in the rain which Allah sends down from the skies, and the life which He gives therewith to an earth that is dead; in the beasts of all kinds that He scatters through the earth; in the change of the winds, and the clouds which they trail like their slaves between the sky and the earth;- (Here) indeed are Signs for a people that are wise.} (Al-Baqarah 2:164)