aaa
Q I would like to know about the marriage rules between Christian and Muslim people. That is, if one side of the couple is Muslim and the other is Christian.

First of all, the general rule is that it is permissible for Muslim men to marry from the People of the Book (Christian and Jews).

However, it is not allowed for Muslim women to marry a non-Muslim.

Allah (SWT) says in the Quran:

Thus, the only kind of interfaith marriage that is lawful, in Islam, is that in which the husband is Muslim and the wife is from among the People of the Book.

Secondly, for the marriage itself, Islam puts forth a set of basic rules that must be presented in a marriage, regardless of the faith affiliation of the wife.

Among these rules are:

– Marriage should be a contract that is formed from the expression of the intent of a man and a woman to live the rest of their life together as husband and wife.

– The contract must not be temporary; Islam does not recognize a temporary contract.

– The contract should be based on the free consent of the man and the woman.

– The marriage has to be declared in the society through witnesses; Islam does not recognize secret contracts.

– Marriage is not valid without mahr (dowry). Mahr is a mutually agreed upon amount that is paid for the wife as a gift.

A Christian or Jewish wife does not need to change her faith and convert into Islam to make her marriage valid, this is according to Islamic rules of course. As a matter of fact, she is allowed to practice her religion freely without any restrictions. 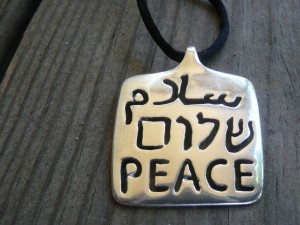 The wedding ceremony can take place anywhere; holding a marriage ceremony in the mosque is not legally required.

However, the ceremony should be according to the values of Islam and the decent traditions of the society.

And Allah knows the best!

Also if you have a specific question about a rule of marriage you may find our fatwa section useful.

Marriage Between a Muslim Man and a Christian Woman?