aaa
Q As-Salamu Alaykum. I would like you to give me your opinion about the issues and challenges in Islamic missionary work today. Jazakum Allahu khayran.

Short Answer: The issues and challenges facing dawah vary from country to country and from one situation to another. Callers to Islam must train in the dawah methods and languages they use. They must learn to touch people’s hearts without making Islam a blindly accepted faith. People want to live comfortable lives. If they feel that they have to give up even basic needs or simple wants to be Muslim, they will turn away.

Your question is very general and I’m not sure exactly what you’re looking for.

First of all, we Muslims do not usually use the words “missionary” or “missionary work” to refer to a da`i and dawah. We prefer to keep our own Islamic terms, which come from the verb meaning to call or invite.

As for who should make da`wah, each and every one of us Muslims should invite others to Islam by setting an example of good behavior so that people can see that our faith is a living faith that means more to us than praying five times a day.

But dawah in such forms as preaching, debating, and writing requires training, not only in Islamic knowledge but also in communication skills. This, obviously, is not the duty of all of us. But we all should financially support the efforts of da`is (those who work in da`wah; Arabic plural: du`ah).

The issues and challenges facing dawah vary from country to country and from one situation to another.

Are they making dawah to Muslims who know little about Islam and who have added to their religion in their ignorance?

Is their audience literate?

Are they trying to convince others to become Muslim?

Are those others People of the Book who have some background in the concepts of God, revelation, and prophethood?

Or are they pagans who have no such background, and so different arguments and approaches must be made?

Are the da`is working in a poor developing country where they might not even have a microphone and loudspeakers to talk to a large audience?

Are they speaking in person to one or a few people, or even to a crowd? Or are they using radio, TV, CDs, or the Internet to reach a distant impersonal audience?

All of these and other factors will make a difference to their approach, so da`is must be trained in the methods they will use.

The choice of which language to use might be important in some situations.

For example, in West Africa the Christian missionaries usually speak in English and use a translator when necessary to convey their message, for socio-linguistic reasons that do not apply everywhere.

This gives the missionaries a high status in the eyes of the people.

The Muslim da`is there usually address the people in the African languages, but they are now beginning to change their tactics and address them in English in order to raise their status and the status of their message. 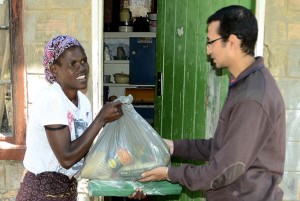 Furthermore, Christian missionaries often become very emotional in their speech and so they enter people’s hearts. The Muslim da`is, on the other hand, tend to focus on facts and reasoning—and often wrongly assume that the audience knows and accepts the basics of faith. Thus, their message does not reach people’s hearts.

The challenge there—and elsewhere—is for da`is to learn to touch people’s hearts without making Islam a blindly accepted faith.

Another problem in dawah in many places is that the da`is lead ascetic lives, often leaving behind their families and work for months at a time. Or they may simply be under funded.

In both cases, this makes Islam unattractive because people want to live comfortable lives. If they feel that they have to give up even basic needs or simple wants to be Muslim, they will turn away.

Those are some of the challenges of da`wah as I see it. For more information, please read the links provided below.

I hope my answer is satisfactory. Thank you again for your question and please keep in touch.