A person my age would wonder why someone your age would speak of suffering.

Yet, apparently, suffering is a fact of life that none can break away from, regardless of age, culture, or social rank.

Suffering may be physical–like illnesses–or emotional–like frustrations or losing those we love or failing in any aspect of our lives.

No one escapes one or more of these aspects throughout life. Sometimes we ask ourselves why God destines us to have suffering and what benefits He gains by watching us in pain.

According to Islamic faith, Allah (God) in His wisdom prescribed suffering for essential purposes. Only the believers trust this wisdom and feel its sweetness in their hearts.

In the Arabic language, the word for “suffering” is ibtilaa’, which constitutes a big philosophy in Islamic thought and is the title of a major chapter in msot books of faith in this religion.

For the unjust, suffering is a punishment. This is a fact that has long been proved in scriptures when they talk about the fate of the people of Lot, the Pharaoh and his army, the people of Noah, etc.

As for those who believe, even if they are sinners, ibtilaa’ carries a different message rather than punishment. It could be, for example, a test through which Allah may want to elevate His pious servants to higher ranks in the hereafter.

In this context Prophet Muhammad (peace be upon him) said,

If Allah wants to do good to somebody, He afflicts him with trials. (Al-Bukhari)

This trial could be as serious as losing one’s sight or having any other weakness or sickness.

Allah says in a hadith qudsi,

If I deprive My slave of his two beloved things (his two eyes) and he remains patient, I will let him enter Paradise in compensation for them. (Al-Bukhari)

I do believe that this is the reason all of Allah’s messengers were tried in this life.

Think of Jesus when he was betrayed and driven to the threat of the cross, before he was uplifted and rescued by God.

Prophet Muhammad lost five of his six children, including the only male child, during his life as a father.

Our Prophet Job experienced a long period of suffering with sickness. Think of all the rest: None of them lead a normal, cozy life; Allah made them suffer because He loved them.

The purpose of this ibtilaa’ could be otherwise. It could be a means to clean away the believer’s sins and bring him or her back to his or her earlier purity.

Regarding this idea, our beloved Prophet (peace be upon him) said,

No fatigue, nor disease, nor sorrow, nor sadness, nor hurt, nor distress befalls a Muslim, even if it were the prick he receives from a thorn, but that Allah expiates some of his sins for that. (Al-Bukhari)

No Muslim is afflicted with any harm but for that Allah will remove his sins as the leaves of tree fall down. (Al-Bukhari)

It is human nature that when man is in trouble, he comes closer to Allah, running to Him in prayer and supplication, refraining from the path that has led him astray.

When one is worn out with one of these tests of life, one starts to rethink and reconsider one’s course of life and may determine to change.

An Example from Modern History

I recall the story of Cat Stevens, the British pop star who was world-famous during the 1960s.

He used to lead a life that was the furthest from God-fearing till he got severe pneumonia and was close to death. While he was relating his story, he said that during his moments of consciousness he only thought of his past life and the sins he used to commit.

He regretted doing them and was afraid of not having time to change. But, by the mercy of Allah, he recovered.

When he went back to normal life, he worked to fill it with piety, good deeds, social services, and–most important–with decent art that was again a source of pleasure to his fans.

In cases as such, ibtilaa’ becomes a mercy and a bounty from the Creator rather than a sign of anger.

How Believers Should React to Suffering 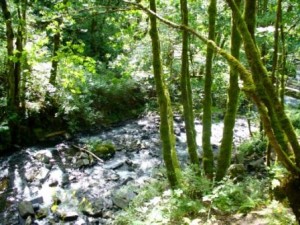 Two reactions are expected from the believers once they are exposed to any suffering, in order to deserve the price of either erasing their sins or elevating their rank in Paradise.

The first one is to show patience, and the second is to show gratitude to God for sending them this test.

God says in Quran what means:

…those who patiently persevere will truly receive a reward without measure… (Quran 39:10)

Don’t think that patience and gratitude are easy reactions. In fact, they need a lot of training till they become an inherent behavior.

It is useful for the suffering ones to understand that showing intolerance or feeling annoyance or displeasure in relation to what God destines for them may deprive them of the fruitful reward of ibtilaa’.

This fact may help them to discipline themselves to these noble reactions and help them overcome the natural human feelings of shock and panic to reach this super-human feeling of acceptance and contentment.

I hope my answer is useful to you. In case you need to know more, please write to us again. Thank you and please stay in touch.

Editor’s note: this is from AboutIslam’s archives and was originally published in August 2016

Can Suffering Turn into Mercy?

Why Does Allah Allow Suffering and Evil in the World?

Why Does Allah Decree Suffering and Hardship?