aaa
Q Salam. The Jews did not recognize Jesus and Muhammad (peace be upon them) as prophets. They claim that the expected Messenger has not yet come. The questions are: who is the Final Messenger the Jews expect; when will he come and why should such a prophet come? Thank you and May Allah bless you.

Short Answer:  Both the Muslims and the Christians believe that Jesus was really the Messiah expected by the Jews. But the Jews reject this idea, alleging that Jesus was a false Messiah. The title Messiah stands for anyone who has been chosen by God for a significant mission. In Judaism that mission was crucial to them, namely the restoration of the line of King David, or the establishment of the Law of God on earth. The mission of the last Prophet was to complete the Religion taught by Moses and Jesus, indeed by all the prophets sent by Allah Almighty.

First of all, we need to understand that the Jews do not expect a ‘Final Messenger’ as the Muslims would call Muhammad (peace and blessings of Allah be upon him).

They await the coming of the Messiah.

Now the word ‘Messiah’ (maseeh in Arabic) is used by Muslims to refer to Jesus (i.e., Isa ibn Maryam, peace be upon him).

Both the Muslims and the Christians believe that Jesus was really the Messiah expected by the Jews. But the Jews reject this idea, alleging that Jesus was a false Messiah.

In fact the word ‘Messiah’ is an Anglicized form of the Hebrew word, Moshiach:

Its root word, mashach, is found about 140 times in the Hebrew Old Testament, meaning “to smear, anoint, or spread.”

Masach in Hebrew or masaha (= literally to rub, to massage) in Arabic has the meaning of anointing someone in a religious ceremony by putting holy water or oil on them.

Priests and kings were anointed when being consecrated to their offices. Prophets were “anointed” by God in the sense that they were specially chosen by God for a specific religious mission.

In fact, the Bible is replete with the “anointed” ones. Although, every prophet of God is an anointed one of God, the title Messiah or its translation “Christ” is exclusively reserved for Jesus the son of Mary in both Islam and Christianity.

But we may say that the title Messiah stands for anyone who has been chosen by God for a significant mission. In Judaism that mission was crucial to them, namely the restoration of the line of King David, or the establishment of the Law of God on earth.

Christians, on the other hand, give a new meaning to the title ‘the Messiah’ in relation to their concept of the Atonement of the Original Sin by the Son of God.

To them, the Messiah is a Savior who suffers and dies for saving sinful man from eternal punishment in hell.

Muslims accept the Jewish belief that there were prophecies about the coming of the Messiah, on the one hand.

On the other, they accept the Christian claim that Jesus of Nazareth, son of Mary was the expected Messiah, though this is rejected by the Jews.

But Muslims reject the Christian concept of Messiah as the Son of God, who was to be crucified to atone for man’s Original Sin.

It was during the reign of Emperor Tiberius that Jesus was born in Bethlehem, in Judea.

When he was thirty years old, he preached to the people of Jerusalem and around, claiming that he was the expected Messiah.

But a good number of the Jews of the time did not receive him as the Messiah. Those Jews who followed him became his disciples, who later came to be known as Christians.

But immediately after the disappearance of Jesus, a man called Saul of Tarsus (later known as St Paul) appeared on the scene and claimed to be the Apostle to the Gentiles appointed by Jesus in a vision.

He propagated the idea that Jesus was the Son of God, who sacrificed his life to save mankind from sin. The present-day Christians hold this belief about Jesus. They have forgotten what Jesus himself had taught about God.

Though Jesus had come in the same line of prophets as Abraham, Moses and David, his followers (i.e., Christians) rejected what Moses had taught about the expected Messiah and raised him to ‘Godhead’.

The Comforter: Who Was He?

On the eve of Jesus’ disappearance from earth, he had told his followers that a “Spirit of Truth” or “Comforter” would come after him to complete the Religion of God. See the following verses in the Gospel of John: 16:

[Nevertheless I tell you the truth; It is expedient for you that I go away: for if I go not away, the Comforter will not come unto you; but if I depart, I will send him unto you.

And when he is come, he will reprove the world of sin, and of righteousness, and of judgment.] (John 16:7-8)

[I have yet many things to say unto you, but you cannot bear them now.

Howbeit when he, the Spirit of truth, is come, he will guide you into all truth: for he shall not speak of himself; but whatsoever he shall hear, that shall he speak: and he will show you things to come.

This prophecy was given a twisted interpretation by the present day Christians. They say that the “Comforter” or “the Spirit of Truth” was “the Holy Spirit”, a person in the Trinity, who was none other than God Himself.

Thus according to the Christian interpretation, the foretold “Spirit of Truth” was God Himself.

The Muslims believe that “the Spirit of Truth” prophesied by Jesus was the same as “the Prophet like Moses” foretold by Moses in The Book of Deuteronomy. See the relevant verses:

[And the LORD said unto me, They have well spoken that which they have spoken.

I will raise them up a Prophet from among their brethren, like unto thee, and will put my words in his mouth; and he shall speak unto them all that I shall command him.

And it shall come to pass, that whosoever will not hearken unto my words which he shall speak in my name, I will require it of him.] (Deuteronomy 18:17-19)

An objective study will show how the qualities mentioned in the prophecies made by both Moses and Jesus are evident in Prophet Muhammad (peace be on him), the final prophet of God through whom God completed His guidance for man. 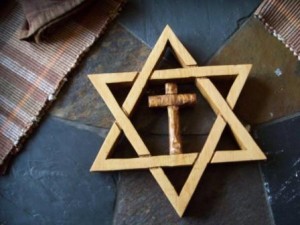 The foregoing means that the expected Prophet mentioned in the Bible (both Jewish and Christian) was none other than Muhammad.

The mission of the last Prophet was to complete the Religion taught by Moses and Jesus, indeed by all the prophets sent by Allah Almighty.

The moment a Jew or a Christian recognizes this fact, he or she becomes a Muslim.

But the Jews continue to expect the coming of the Messiah, and the Christians believe that the Messiah was the Son of God — indeed God himself — who came in the shape of Jesus of Nazareth some two thousand years ago and was crucified to atone for humanity’s sin.

The Story of Jesus in Brief

What Does The Quran Say About Jesus?

Muslims Too Believe That Jesus Will Return