aaa
Q Assalamu Alaikum. I have been on the fence lately. I used to strongly believe in Islam (I still have some faith) a hundred percent before I started reading the comments section on YouTube by atheists who argue against religion of God. I also heard discussions between atheists. The problem is now I am questioning and I do not want to! I feel I am struggling with my faith, because one moment I can say to myself that it makes sense that God exists and that the Quran is pretty divine. But then, I will have a thought saying what if, what if this is made up to make sure people are not depressed about life. I feel like there are enough signs about God's existence, however there is a huge leap of faith for the belief in the afterlife. There is no proof or actual sign on earth about life after death? I really want to restore my faith. I am worried that I will not be able to, because I know life would be depressing without Islam. What if Allah has sealed my heart? Basically, I am having trouble in believing in the concept of life after death and the fact that atheists say religion is made up to make people feel good... please help! Thank you.

I request you first of all to sincerely pray to Allah Almighty to keep you steadfast in your faith in Him. Thereafter you may read the following and ponder over it: InshaAllah you will be able to find the Truth.

According to the empiricists the senses are the ultimate source of human knowledge. This makes them deny the reality behind appearances. Rationalists hold that reason alone can arrive at the truth of the world. From this perspective, logical thinking would give us a correct knowledge of the world.

Positivists argue that scientific knowledge is the only knowledge accessible to humans. They exalt science disregarding the limitations of its methods and the conditions of their validity.

Atheists adopt chiefly the above doctrines to reject faith and revelation as valid sources of knowledge. To them the knowledge of here and now is the only object of study and the project of seeking knowledge of reality behind appearances must be abandoned.

Now the question arises: Can’t there be a way of “being” (= existing), that cannot be perceived by the limited capabilities of humans through their defective senses?

The claim that something does not exist because we haven’t seen it, heard it, etc… is untenable. When we consider the limitations of our sensual perception and reasoning powers, it is not necessary that we understand everything; and there are facts that lead us to an inescapable awareness of the Presence of God.

At any rate none can deny the possibility of more things existing than can be perceived by our senses or can be arrived at by our reasoning.

The atheists adopt a one-sided view of the world as they ignore a good share of the profound wealth of human life: None of their doctrines views man comprehensively as a being with a body, mind and soul. Everything is reduced to the level of the body or matter.

This narrow-minded approach prevents them from appreciating anything whose value goes beyond the immediate, the sensual, or the merely physical.

But how do we know about the origin of the universe? The scientists offer us a theory, which certainly is not solely based on empirical evidence. So there can be an alternate theory which is equally valid: That God created the universe. And what is the evidence for the presence of God? 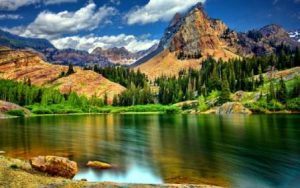 If we open our eyes and observe carefully the phenomena of nature, we see a regularity and order in all things; for instance, in the change of seasons and in the birth, growth and decay of plants and animals. We can very clearly observe that everything in nature follows a pattern, an order.

A pattern or order naturally means a plan behind it. And a plan can come only out of an intelligent being. And if so, how can we be blind to the Grand Design of the Universe, the Unerring Order and Pattern in Nature and say that these are mere coincidences or random happenings?

In a world of random happenings, suddenly the sun may go out of its orbit and fly off at a tangent; the seas may become boiling acids and stones may become chimpanzees as we are looking on. There would be no law, no order.

But ours is a Universe of Order, it is a Cosmos and not a chaos. Unless there is a reliable order, or predictability (instead of randomness) of laws governing the Universe, how can scientists do experiments and discover what they call Laws of Nature or Laws of Science?

The foregoing considerations evidently lead us to the conclusion that behind the operations of this universe there is a Grand Design or Plan which must have necessarily come out of a Tremendous Intelligence and Vision which transcends and comprehends all the spheres of our knowledge, understanding and experience.

If we ponder over the phenomena of the world around us and over the complexities of our own existence, we are bound to conclude that God is the Reality behind all appearances. The Holy Quran says:

{Behold! in the creation of the heavens and the earth; in the alternation of the night and the day; in the sailing of the ships through the ocean for the profit of mankind; in the rain which God Sends down from the skies, and the life which He gives therewith to an earth that is dead; in the beasts of all kinds that He scatters through the earth; in the change of the winds, and the clouds which they Trail like their slaves between the sky and the earth;- (Here) indeed are Signs for a people that are wise.} (Quran 2:164)

That is to say the external signs we see in the universe should necessarily lead a wise person to the Ultimate Reality behind it all.

The above verse, among others, inspires the readers of the Quran to observe and study the phenomena of nature, which indeed are the signs of the Creator. Man’s possession of intelligence with freedom (though not unlimited) would be taken as one of the innumerable “coincidences” in which the atheist is bound to believe. But is it a coincidence? Is it an inevitable result of the haphazard evolutionary process which the blind materialist swears by?

Reduced merely to the level of material existence, man becomes a machine or a mere animal at best. But think of a machine that rebels against being a machine; or of an animal that refuses to be an animal. That is what man is! What is it that makes him rebellious, angry, disappointed, frightened or hopeful? What is his dimension that gives him his imagination, his artistic genius, his creative urge?

It is not matter that does it; evidently it is his spirit that makes him so different from animals. So to base our knowledge of the world and our philosophy of life simply on the material side of our existence to the complete exclusion of the spiritual dimension is undoubtedly faulty.

The strength of Islam as a philosophy and as a way of life is that it does not separate man’s material life from spiritual life, and that it seeks a balance between the two dimensions of human existence.

The Concept of Life After Death

It is true that we cannot know life after death as a perceptual experience. But if life ends here once for all, what is its meaning? Irrespective of the sincerity and devotion that has gone into our work or service, everything will be over with our death.

It should be clear to any thinking person that the meaning of life ought to be evident only after it. If a meaningless emptiness follows our life, what is its purpose? All our sacrifices and dedication and hard work simply vanish, without a trace. Maybe their aftereffects exist for a while on earth, but what has that got to do with one who is no more? It is as if we had not lived at all.

God in the Holy Quran answers the question: “Who could give life to bones that have crumbled to dust?”

{Say: “He who brought them into being in the first instance will give them life [once again], seeing that He has full knowledge of every act of creation: He who produces for you fire out of the green tree, so that, lo! you kindle [your fires] therewith. Is, then, He who has created the heavens and the earth not able to create [anew] the like of those who have died]?} (Quran 36:79-81)

And God gives an example of our own experience here as a sign of the hereafter: 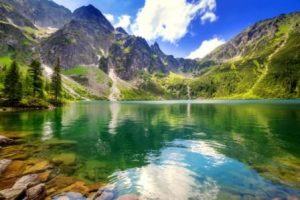 {It is Allah Who sends forth the Winds, so that they raise up the Clouds, and We drive them to a land that is dead, and revive the earth therewith after its death: even so (will be) the Resurrection!} (Quran 35:9)

{And among His Signs is this: you see the earth humble; but when We send down rain to it, it is stirred to life and yields increase. Truly, He Who gives life to the (dead) earth can surely give life to (men) who are dead. For, He has power over all things.} (Quran 41:39)

All these verses clearly emphasize how the dead earth is revived by God. This is obvious to us; if so, how can we deny the life after death, when the Almighty can easily revive the dead bones?

Belief in the Life after Death is the strongest incentive for a person lead a good life on earth; and hence Akhirah (hereafter) ought to be true indeed.