aaa
Q Hello, I've read a while back in the news that a Muslim Egyptian woman was killed inside a German courthouse because she insisted on preserving her Islamic identity. This is a horrible tragedy that is very sad. Is it true that her neighbor advised her to remove her headscarf in order to hide her Muslim identity, since that endangered her life by a German racist? Why then didn't she simply take her headscarf off? She could have saved herself and her family all the agony. Please elaborate more on the details of the crime, its reasons and how it could have been avoided.

Thank you also for sharing your feelings with us and for seeking more understanding of the situation. The best tribute we — both Germans and Muslims — could pay to the memory of our murdered sister in humanity is to learn our lesson well to prevent other unnecessary loss of innocent lives and destruction of peaceful families.

The story as I’ve heard it personally from the cousin of the victim — who happens to be my friend ­— is a classic example of blind hate. Marwa (the victim) is known to be a sweet and peaceful wife and mother, loved and respected by all who knew her both in Germany and in Egypt.

She was a medaled sportswoman, a successful pharmacist, and a charitable woman. She was accompanying her husband in Germany who had won a scholarship to pursue his PhD in genetic engineering.

As you might have learned from the media, the reason she was harassed by the offender is that a year ago at a public playground, she asked him and his family politely to let her child share the swing they were monopolizing.

As she was easily recognized as a Muslim by her dress style, the offender attacked her verbally in public with racial-hate accusations such as “Muslim terrorist”. He even continued to harass her physically as well, trying to remove her headscarf repeatedly whenever he saw her in the area.

The neighbors, upon seeing her distress, advised her to file a formal complaint to the authorities, and she got a verdict charging the offender with a large fine. On the day she was murdered, she was attending the court with her husband and small child as witnesses. She was also three months pregnant.

The offender, upon hearing the verdict, stabbed her 18 times and her husband seven times during eight full minutes before anyone tried to stop him. It was only after these eight minutes that the police came in and shot the husband, all in front of the small child.

Whether or not her neighbors or friends also advised her to remove her veil is unknown to me. However, the fact is: now she has gone, and her unborn fetus is gone with her, leaving behind a comatose, stabbed and shot husband, and a severely traumatized 4-year-old child who saw the nightmare unfolding in front of his tender eyes.

Removing her veil wouldn’t have prevented such a tragedy. To the contrary, it would have provided additional encouragement for the offender to push her further if she had given in to his bullying. It would have also offered an example for fanatics to put more stress on the already pressured Muslim minorities in Europe.

People shouldn’t be required to give up their identities and their religious beliefs to be able to live peacefully in another country, particularly where “freedom” is such an idolized value.

This concept of freedom should extend to visitors and immigrants as well, not just to the 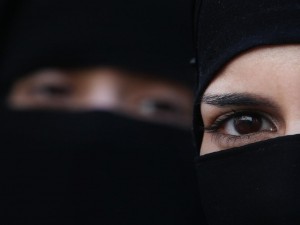 native inhabitants, exactly as it’s extended —even beyond social and religious acceptance in some cases — here in Egypt to German and other foreign visitors and residents.

A country that accepts a person into its borders should extend with that permission the right of freedom of expression and religious practice, as well as unbiased protection against discrimination and sick criminals.

The alternative is to deny questionable personalities entry, if only to preserve the respect, rights, and dignity of the peaceful individuals who may share the same racial or religious background, but who offer nothing but good-will to their communities.

The logic is to treat the causes of hate crimes objectively. This would enable societies to root out fanatics (on both sides), rather than to ask victims to accommodate right-wing maniacs whose twisted ideas seem to be spreading by the minute in Europe, thus negatively affecting both media and politics, who in turn influence the public opinion with a flood of misinformation.

The European right wing is aggressively anti-immigrant, and specifically anti-Muslim, with the allegation that poor, uneducated, crime-infested Muslims are there as parasites on European resources only to take without offering anything in return.

In the case at hand, the profile of the offender vs. the profiles of the victims say it all: The offender is a low-educated, unemployed single man, living off German welfare from the German tax-payers’ money.

The victims are a family of two successful post graduates in science (pharmacology and genetic engineering), temporarily in Germany for the husband’s PhD scholarship (which is a property of the university where he does his research), working and raising their child, while keeping good relations with the community. Who is more of a threat to the German society in this case?

Ironically, the offender faces a life sentence in jail for the murder, which means more tax money going down the drain to sustain a criminal for the rest of his life, in contrast to the loss of lives and educated scientists.

That’s why such malicious ideologies shouldn’t be left to spread, as the destructive results won’t spare any of us, including the right-wingers who instigated those ideas.

You ask how such a case can be avoided in the future, here are some thoughts: 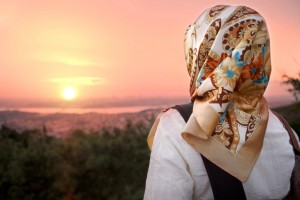 1- I encourage German social workers to study this particular case and its effects on reporting future hate crimes. People should be encouraged to report to help the authorities deal with these ugly attacks, but how can anyone feel safe to report anymore if these are the devastating results?

2- I also wonder about the long term effects of this trauma on the poor child. Should we be surprised if he grows up sowing the seeds of revenge against those who killed his sweet mother and maimed his innocent father in front of his eyes, only because they wanted to protect his right to play like the other kids?

3- It is time to revisit the cultural sensitivity training given to law-enforcement officers in Europe. We should realize that the macho cowboy mentality of the infamous “war on terror” is long past.

There should be no more “shoot first, ask later” stunts. Instead, there should be a more humanitarian and respectable approach to law enforcement, and people shouldn’t be accused or suspected on assumptions based on race or religious affiliation. This is called prejudice and discrimination, and it’s a disgrace for any democratic society.

4- People have the right to know the truth about what’s happening in our world, thus we need more objective, level-headed professionals in the media.

Perhaps Marwa had to die to shock us all into consciousness. In all cases, her life was not wasted at all. In this part of the world (Egypt and the Middle East), she is viewed as a hero, a symbol of courage, and a martyr who died standing up for her values, her beliefs, and her family, and who tried to defend her family’s right for a better future even far away from her native land.

Those are basic human rights each of us should freely practice anywhere in the free world.