aaa
Q Salam. The Quran explains that the purpose of life is to worship God. Yet at the same time it emphasizes that God is self-sustaining and all powerful and is in no need of worship and even so He has completely obedient Angels for that task. Question: 1. One may still wonder if Islam answers the question on the real purpose of life. 2. God cannot be hurt by physical forces yet is infuriated by thoughts or speech such as blasphemy and disbelief. This is all too evident in the Quranic discourse. Isn't that proof that the concept of God also exists only in the mind? As a mere thought?

Why did Allah command us to worship Him

You are correct when you say that Allah is all-powerful and not in need of our worship. So why did He command us to worship Him? The answer is really very simple if we understand Allah’s nature properly.

Islam has the best insight into Allah’s nature and attributes to Him what is most appropriate and respectful. As you mentioned, the Quran definitely answers the question, “Why are we here?”

As Muslims, we understand that Allah is far above His creation insofar as He is not dependent on any part of it. Quite simply, it is out of His mercy that He has created us.

Why did He command certain things and forbid others? It is not Allah that benefits from the commands He gives us, we are the ones who benefit.

For example, if Allah commands us to abstain from eating pork, blood, and animals found dead, or if He forbids the drinking of alcohol, it is not Allah who benefits from this if we obey nor is He harmed if we disobey. We are the ones who suffer from disobeying Him and we are the ones who benefit from obeying.

In a hadith qudsi (revelation from Allah expressed in Prophet Muhammad’s words), we read the following:

Allah’s Messenger (peace be upon him) once said that Allah, the Exalted and Glorious, said,

O My servants, all of you are liable to err except whom I guide on the right path, so seek right guidance from Me so that I should direct you to the right path.

O My servants, all of you are hungry and needy except whom I feed, so ask food from Me, so that I may feed you.

O My servants, all of you are naked except whom I provide garments, so ask clothes from Me, so that I should clothe you.

O My servants, you commit error night and day and I am there to pardon your sins, so ask pardon from Me so that I should grant you pardon.

O My servants, you can neither do Me any harm nor any good. 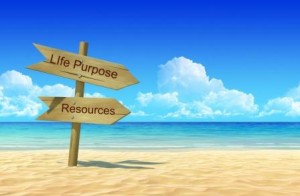 If we study prohibitions closely and use available science, it is easy to see that actions and things Islam prohibit are clearly harmful. Allah forbids what is harmful and enjoins on us what is beneficial. This is true mercy.

Were Allah not merciful and only intended to serve Himself, we would find some commands that were beneficial to Him only and harmful to us. We find no such commands in any part of the Quran or in anything that Prophet Muhammad has commanded us.

{Those who follow the Messenger, the unlettered Prophet, whom they find mentioned in their own scriptures, in the Torah and the Gospel; for he commands them what is just and forbids them what is evil; he allows them as lawful what is good and pure and prohibits them from what is bad and impure; he releases them from their heavy burdens and from the yokes that are upon them. So it is those who believe in him, honor him, help him, and follow the light that is sent down with him, who will prosper.} (Quran 7:157)

When you say that Allah becomes infuriated by blasphemous speech or thoughts, you run the risk of attributing to Allah what is not true. He likes and dislikes different things, and He may even get angry, but to say He becomes infuriated, which is not a description found anywhere in the Quran, is to say that He loses control to some degree or does not conduct Himself in a manner becoming of the Creator of all things.

Allah is far above this type of character. He is Oft-Forgiving and Most Merciful. To become infuriated, as you put it, would be to say that someone could affect Him negatively, and that is impossible.

It goes without saying, that we as Muslims do not believe that Allah is a mere thought that is invented by our imagination. Minds have limited capacities. If that idea of Allah being a thought were true, we would find many contradictions and shortcomings in what we attribute to Him, since it would merely be an invention of our own minds. I would go as far as saying that if Allah were merely a concept of the mind, we would be denying our own existence.

Did Universe come about on its Own?

If we assume for a moment that everything in the universe came about on its own, and that all plant and animal life, bacteria, fungus, etc. evolved from a single-celled organism, what is it that caused that first cell to take shape, come to life and later reproduce? How would that organism know that it needs to divide itself into two separate parts and multiply?

What is that “life force” that got everything going in the first place?

Allah created us out of His mercy

Allah created us out of His mercy. He created good and evil and gave us the ability to choose between right and wrong, knowing full well that some of us would choose what is harmful to us and some would follow His guidance. He will reward us for choosing good and following His guidance and punish us for harming ourselves by choosing evil. 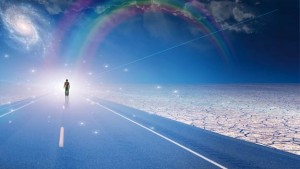 Part of this guidance involves recognizing all of the incredible blessings, which He has created along with us, enabling us to lead a beneficial life.

{All that are in the heavens and the earth entreat Him. Every day He exercises universal power.} (Ar-Rahman 55:29)

He has given us everything we need to sustain this life, but more importantly, He has shown us the way to achieve something even more incredible, the chance to live in eternity in Paradise in His glorious presence.

To achieve this, it is absolutely necessary to remain in close contact with Him on a regular basis as much as we can, and if possible, at all times of the day and night. Hence, comes the necessity of prayer and piety. We do ourselves a great disservice if we miss this opportunity.

I hope this has been helpful. I ask Allah Almighty to lead us to what is beneficial and to protect us from what is harmful.

Knowing Your Purpose in Life is Key to Happiness

How is God’s Life and What Is His Purpose to Exist?

Why Having a Purpose in Life is Important?