aaa
Q As-salamu alaikum. I am married. My husband & family believe very much in the Dargah of Khawja Garib Nawaz in Agra. I always tell my husband that it is shirk to bow or ask anything from any person other than Allah, to which my husband says that he is not bowing in front of anyone but just going there and asking him to ask Allah to listen to his prayers like asking du'a through him. When I question it, he says that 'he (Bande Nawaz) is not dead and when we can ask someone to pray for us why can't we ask him as he is the one who brought Islam to India?' ....but I feel that all the great people like the Sahabahs - they have been called "shaheed" not that they are alive....So please clarify all these & if I am right I want to tell it to my husband, and with the support of any Quranic ayah and hadith. Please help me.

The very basis and foundation of Islam is the belief in Almighty Allah, and that He is the Only Creator and Sustainer of the universe, and that all other things and beings — including Prophets, angels or the so-called ‘saints’ — are His creations who derive whatever power they have from Him, and Him alone. So no one has any ability, any power, except Allah.

Islam teaches clearly and categorically that we humans must never lose sight of the fact that we are fully dependent on Allah for every moment of our life, for every blessing we enjoy.

So we have no right to worship any one other than Allah. Any act that has a semblance or similarity to a form of worship, that is done in honor of any being other than Allah is called shirk (associating other beings/gods with Allah) which is the only sin Allah Almighty will not forgive as mentioned in the Quran.

Read these verses which give the meaning of:

{Lo! Allah pardons not that partners should be ascribed unto him. He pardons all save that to whom He will. Whoso ascribes partners unto Allah has wandered far astray.} (An-Nisaa’ 4:116)

{Behold, Luqman said to his son by way of instruction: “O my son! join not in worship (others) with Allah. for false worship is indeed the highest wrong-doing.”} (Luqman 31:13)

When it is so clearly stated that Allah will forgive all sins except associating partners to Him, we Muslims must take all the necessary precautions to avoid this sin.

So we need to be clear about what shirk is.

Here are a few guidelines:

We are taught six pillars of belief, and five pillars of Islam. And we are commanded to keep away from the sins and deviations to which Satan the accursed may lead us. 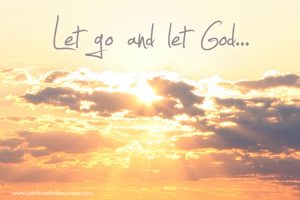 We are commanded to lead a life of truth, sincerity and devotion to Allah Almighty: The way is clear. Is there any place in the whole corpus of Islam, where it is said that for our attainment of Paradise, we should pray to any saint buried in a “dargah” (shrine) conveniently near our place, or seek the mediation of any “Khwaja” or “Wali“?

The persons who are venerated in these places were mostly good and sincere Muslims who earned the respect and love of the people; and on that score they should be honored and respected. No one contests this.

The point is the manner of showing this respect. Is there any justification for building mausoleums on their graves? Is there any command or at least permission for the kind of undesirable activities conducted in these dargahs?

Indeed the answer to all the foregoing questions is a resounding “no”.

According to Sheikh Atiyyah Saqr, former head of Al-Azhar Fatwa Committee, the following actions are forbidden:

1. Going round the grave is blameworthy because it is an imitation of circumambulating the Kaabah.

2. Seeking blessings by touching or kissing the grave and the like.

3. When one performs duaa (supplications) at graves, one must direct such  supplication to Allah alone for He alone is capable of granting help and warding off harm. It is forbidden to direct the supplication to or seek the help of the one in the grave however venerated he may be.

So in Islam, we have no need to pray, or supplicate to any one other than Allah. Remember what we repeat several times in our daily prayer:

{You alone do we worship, and from You alone we seek assistance.} (Al-Fatihah 1:5).

And Allah Almighty Himself has affirmed to us that He is {closer to us than our own jugular vein} (Qaf 50:16), and so only He can know our needs and answer our prayers.

Some people are deluded into believing that certain saints — even while dead and buried — have superhuman qualities; say qualities only Allah has got, like hearing the prayer of any one from any place.

Those who believe in such “miracles” of “saints” imagine that these saints can answer the prayers of any one from any part of the world. This is clear ‘shirk’. Because knowing of anything beyond the limits of ordinary human capacity is knowing “ghayb” (a word usually translated as “unseen world”). Only Allah knows the Unseen as He Himself in the Quran says what means:

In the oft-recited verse known as Ayat Al-Kursi, we find this strongly worded verse:

{Who is there that can intercede in His presence except by His permission?} (Al-Baqarah 2:255)

The Prophet (peace be upon him) said to his cousin Ibn Abbas:

Despite all this, many Muslims especially in the Indian Subcontinent seem to think that it is a worthwhile practice to call upon holy persons who are long since dead, to intercede with Allah on their behalf.

It is assumed on worldly analogy, that a person closer to Allah may be able “to influence” Him, and the dead saints are venerated for this purpose. This indeed is considering anyone other than Allah as worthy of being prayed to, which obviously is‘shirk’.

The foregoing means that it is the duty of all Muslims to avoid all acts that have any taint of shirk, so that our worship of Allah is completely unblemished and pure.

There is no denying that there were pious and holy ancestors who had been a model to their contemporaries and as such earned a reputation of being of a higher rank than other Muslims in the sight of Allah. While respecting these holy persons, we need to understand that their sincerity, piety, and status are known only to Allah.

So, although we should respect the holy persons of the past, we should never fall into the practice of seeking the help of those whom Allah created and who will stand before Him to be judged.

“In the early days of Islam, Muslims were told not to visit graves, because of the fear of shirk, as the Arabs had been closer to their pagan ways, for they had been in the habit of worshiping idols, statues, and graves, etc.

But after Islamic creed of tawheed (the Oneness of Allah) had become rooted and people had imbibed the true lessons of Islam, there was no fear of Muslims reverting to the practice of worshiping graves; hence the above prohibition was lifted and the Muslims were allowed to visit graves.”

And while visiting graves we have been taught to say:  “Greetings of peace to you, the faithful residing in these dwellings. Surely we will be joining you soon. May Allah forgive us and you and all the Muslims.”

The foregoing applies to visiting any graves, even those of Garib Nawaz (Khwaja Muinuddin Chisty) of Ajmer or Khwaja Bande Nawaz of Gulbarga. Nothing more than that is permitted.