aaa
Q As-salamu Alaykum. Thanks for the great service you are offering and please be patient with me because I have some questions about the Companions and prophets. It was narrated that Asmaa’ bint Abu Bakr’s husband used to tie her together with his other wife and beat them. How could one of the companions of Muhammad (peace be upon him) do something like this? The Quran says that Prophet Moses killed a man in Egypt and he escaped when he knew that they were looking for him, aren’t prophets supposed to be sinless? I hope you have time to answer my questions because I’m very curious, thank you very much.

Thank you so much for your questions and for contacting Ask About Islam.

You say: “It was narrated that Asmaa’ bint Abu Bakr’s husband used to tie her together with his other wife and beat them. How could one of the companions of Prophet Muhammad do something like this?”

There is no narration of any sort in any of the Hadith sources that describes the story the way you did. Az-Zubayr, Asmaa’s husband, was a Companion who was married to more than one wife, but it was not narrated in the known collections that he “tied them together and beat them up.”

However, there is a narration in At-Tabarani’s Al-Mu`jam Al-Kabeer that states that Az-Zubayr once hit Asmaa’, and their son `Abdullah intervened and prevented Az-Zubayr from hitting her any further.

You just need to realize that companions of prophets are not protected from sins as prophets are. The companions are excellent human beings, but they also have their weaknesses and might make mistakes, small or big.

In the Islamic Law, the authority of a companion’s opinions or actions depends on how much they agree with the Islamic principles and moral behavior.

Regarding the story in At-Tabarani’s collection, it is sad that these stories are mentioned in the Prophetic Hadith books without appropriate comments from the narrator. However, it was narrated in another hadith that the Prophet Muhammad (peace and blessings be upon him) heard that some of his Companions beat their wives (which might have been the case with Asmaa’).

The Prophet (peace and blessings be upon him) was very disturbed by what he heard and he instructed, “Do not hit the maids of God.” It is clear from this hadith, as well as from the general principles of Islam, that such an act is forbidden.

The only person who is an example in every aspect of life is the Prophet Muhammad (peace and blessings be upon him). Allah Almighty said in the Quran what means:

{Verily in the Messenger of Allah ye have a good example for him who looketh unto Allah and the Last Day, and remembereth Allah much.} (Al-Ahzab 33:21)

And his example in this matter is what Anas (his servant) narrated: “I served the Prophet (peace and blessings be upon him) for ten years. He never said a bad word to me. He never blamed me for something that I did or did not do. He never hit a woman or a servant, ever.” 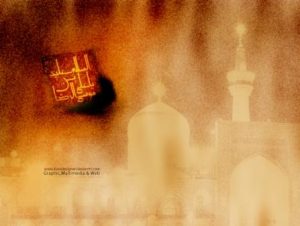 Regarding the verse in Surat An-Nisaa’ (4:34) that talks about a man “beating” his wife, it is in the context of the wife being involved in immoral actions or “ill-conduct,” as Yusuf Ali translated it.

Moreover, the Prophet (peace and blessings be upon him) explained that this is something that could be best described as “metaphorical” because he said that this beating should not be with anything but the man’s siwak (toothbrush).

Your next question is regarding Prophet Moses: “The Quran says that Prophet Moses killed a man in Egypt and he escaped when he knew that they were looking for him, aren’t prophets supposed to be sinless?”

Well, Moses (peace and blessings be upon him) did not plot to kill that man. The Quran says what means:

{And he [Moses] entered the city at a time of carelessness of its folk, and he found therein two men fighting, one of his own caste, and the other of his enemies; and he who was of his caste asked him for help against him who was of his enemies. So Moses struck him with his fist and, as a result, killed him.} (Al-Qasas 28:15)

So, Moses killed this man by accident.

Regarding the issue of the prophets being sinless or infallible, there is an agreement among scholars that prophets are protected from sins. The protection of all prophets from sins is an Islamic belief, which is a precondition to trusting the prophets’ message and following their example.

However, there is a debate among scholars on whether prophets (peace be upon them all) are subject to error in judgments in “human” matters. The word `issmah (literally: protection) is mentioned in the Quran in the context of the Prophet being protected from people’s whims and Satan’s delusions while he conveys the message of God.

Nevertheless, some scholars rejected the possibility of erring in any prophetic decision whatsoever (for example, Al-Amedi, Al-Ihkaam fi Usul Al-Ahkam, vol.4, p. 99, Dar Al-Kitab Al-Arabi, Beirut, AH 1404). This matter is discussed in the legal sources under the title “Ijtihad Al-Rusul“ (the free reasoning or independent decision making of the prophets). The following is a rather formal way of presenting it:

Thus, the majority of scholars confirmed that prophets (peace and blessings be upon them all) do reason independently about matters that are subject to human error, as long as these matters are not sins and as long they do not violate their conveying of the divine message.

However, Literalists and a number of jurists from a variety of schools of thought, believed that it is unfounded that prophets make decisions on their own. (Refer to Al-Shawkani, Irshad Al-Fuhool, vol. 1, p. 426, Dar Al-Fikr, Beirut, 1992). In the following, I critically present their main arguments. 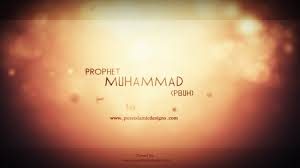 Rulings based on deliberation are uncertain; whereas the Prophet had means of certainty through the revelation. The analogy here is that a Muslim who is able to seek the direction of prayer (towards Makkah) with certainty is forbidden from blind guessing (Ibn Hazm, Al-Ihkaam fi Usul Al-Ahkam, vol. 5, p. 124, Dar Al-Hadith, Cairo, AH 1404 Hijri; Abdul-Ghani Abdul-Khaliq, Hujjiat Al-Sunnah, p. 160, Dar Al-Wafa, Cairo, 1981).

This argument is unjustifiable, since Prophet Muhammad (peace and blessings be upon him), for example, described the revelation (wahi) as incidents that did not take place as immediate responses to his requests, but rather as occasional contacts initiated by Angel Jibreel (Al-Bukhari, hadith no. 2).

The Quran states that the Prophet speaks out of inspiration that is revealed to him. It says what means:

{He does not speak from some whim; it is merely inspiration that is revealed to him.} (An-Najm 53:3-4)

{If he had mouthed some false statements about Us, We would have seized him by the right hand.} (Al-Haqqah 69:44)

Therefore, whatever he utters is a revelation, and he is not supposed to convey anything according to his own mind. This interpretation of the verses, as popular as it is, is contrary to the fact that the Prophet used to talk about his worldly affairs that are certainly not part of the revelation.

The hadith of the palm trees, cited below, is an example. Moreover, the context of the verses is clearly about conveying the text of the Quran itself rather than everything that the Prophet utters. Deliberation in that sense would be an interpretation on the Prophet’s part, rather than an alteration of the text.

It is narrated that the Prophet would sometimes defer the answer of certain questions until he “asks the angel.” Therefore, he never deliberated answers on his own (Hujjiat As-Sunnah, p. 208; Al-Ijtihad fi Ash-Shari`ah Al-Islamiyah wa Buhuth Ukhra – Ijtihad in the Islamic law and other subjects, p.44).

Despite the correctness of the premise, the conclusion is not necessarily true. In the few situations when the Prophet decided to wait for the revelation, he would judge—after some contemplation—that the circumstances were new and that he could not answer on his own. In that sense, his decision to wait for the revelation was actually another form of his deliberation.

Therefore, the arguments presented above against the idea of Prophetic deliberation do not hold.

In addition to that, the hadith of the pollinating of the palm trees shows one such human error (please notice that there are several narrations for this hadith. Refer to Abdul-Jalil Issa, Ijtihad Al-Rasul, p.132, Dar Al-Bayan, Kuwait, 1948). Muslim’s narration states:

Talha narrates: I was walking with the Prophet (peace and blessings be upon him) when he passed by some people at the tops of their palm trees. He asked, “What are they doing?” They answered, “Pollinating the male into the female.” He replied, “I do not think that this will be of benefit.” 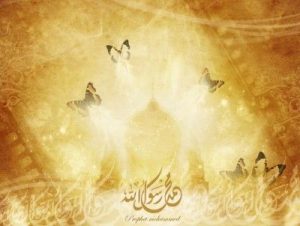 When they were told about what the Prophet said, they stopped what they were doing. Later, when the trees shed down their fruits prematurely, the Prophet was told about that. He said, “If it is good for them they should do it. I was just speculating. So, pardon me. But if I tell you something about God, then take it because I would never tell untruths about God.”

Thus, the Islamic definition of infallibility does not necessarily include protection from forgetting or misjudgment in matters that are not part of conveying the message (Ibn Taymiyah, Al-Musawwadah fi Usul Al-Fiqh, Vol. 1, p. 171, Al-Madani, Cairo). And that was the case in that accident that happened with Prophet Moses (peace and blessings be upon him).

The Companions of the Prophet in Sunni Islam

Do Muslims Believe Jesus Was Sinless?

Are All Prophets Infallible?