aaa
Q According to Islam, all prophets before Prophet Muhammad (peace be upon him) came specifically to their own nation and their mission was temporary. What proofs do you have to show that Muhammad's mission was NOT limited and temporary?

All of the available information and resources, including his life, shows that his mission was universal and eternal.

Such men as Alexander the “Great,” the Roman Caesars, Napoleon, Hitler, and the imperialists of Europe, Russia, and America all sought extensive dominion for the sake of worldly power and authority.

But when Prophet Muhammad ordered his followers to spread Islam all over the world, his aim was to remove the obstacles preventing human happiness in this world and the next, to prevent them from going to Hell, and to enable them to regain their lost values and inherent purity.

As the final Messenger, always under His Guidance and Command, his life was a struggle to spread the light of Islam as far as possible so that others might hear the Divine Message. Certainly he succeeded.

Let’s go over some points that demonstrate his mission’s universality:

• While still in Makkah, he sent some Muslims to Abyssinia. Through the efforts of those believers, many Abyssinians had the chance to know and embrace Islam. While this migration was undertaken to escape intense persecution at home, it also caused the king Negus and other Abyssinian nobles to convert to Islam. This was one of the first proofs of universality.

• Among the early Muslims were Bilal (from Abyssinia), Suhayb (from Rum [Byzantium]), Salman (from Persia), and others. Although they were from different nations and races, they were in the first rank of Muslims. Furthermore, the fact that such people and many more non-Arabs were given higher ranks and esteem than many Arabs shows that Islam, from the beginning, had a universal perspective.

• While resting in the house of Umm Haram bint Milhan (his paternal aunt and wife of ‘Ubada ibn Samit), the Prophet slept for a short while. When he awoke, he said smilingly: My community has been shown to me. I saw it waging war on the seas like kings sitting on thrones.”

[1] Forty years later, Umm Haram accompanied ‘Ubada on the conquest of Cyprus. She died and was buried there, where her grave can still be seen. As before, it was an indication from the Prophet that his Companions would, and must, carry the Divine Message overseas.

• Once the Prophet told his Companions: “Egypt will be conquered after my death. Be kind and benevolent to its people. Deal with them gently, for there is kinship and duty between you and them.” [2] So he informed them that Islam would reach Egypt during their lifetimes, and asked them to preserve the kinship established by his marriage to Mary, the Egyptian Copt.

• Before the Battle of Khandaq, while he was digging the ditch, the Prophet foretold the conquest of Hira, the fall of the columns of Chosroes’ palace (the Persian Empire), and the capture of Damascus. It happened as he foretold. [3]

Many Prophetic traditions and Quranic verses also state clearly that his Prophethood was for all nations and all times. Among them are the following:

• In one hadith, the Prophet says: “Each Messenger was sent to his own nation. I was sent to humanity.” [4] In another tradition, it is narrated as “to blacks and whites.” Confirming this, al-Tabari narrates a different hadith: “I was sent to all both as a mercy and a Prophet. Complete my mission. May God’s mercy be on you.” [5]

• When Chosroes’ envoy visited him, the Prophet said to him: “In the near future, my religion and its sovereignty will reach Chosroes’ throne.” [6] 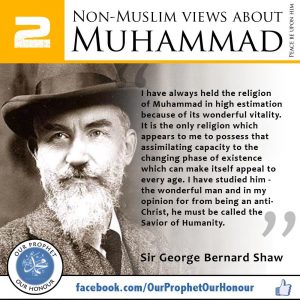 • Centuries before the conquest of Anatolia and Constantinople (now Istanbul), he foretold that Muslim armies would reach Europe and that Constantinople would be conquered. Many attempts were made to realize this and be blessed, for, in the words of the Prophet:

“Constantinople will be conquered. Blessed is the commander who will conquer it, and blessed are his troops.” [7]

Since that city was a symbol of a large dominion, the Prophet was directing his community to carry Islam worldwide.

The Quranic verses related to the Prophet’s mission are all self-explanatory. They say unmistakably that the Divine Revelation, through the Prophet, was meant for all humanity. Muhammad was commissioned to warn both humanity and jinn. For instance:

{This is but a warning; an eloquent Quran to admonish the living and to pass judgment on the unbelievers} (36:70).

{We have sent you to all humanity, giving them glad tidings and warning them, but most people understand not} (34:28).

The Quran expressly tells us that former Prophets were sent to their particular community or nation, and draws our attention to the difference between them and Prophet Muhammad. For instance:

Moreover, with almost every mention of these Prophets, the Quran states that they were raised from among their own brethren and sent to their own nation. Thus, there is no ambiguity over who was a Prophet for his own nation and who was the one for humanity.

Since the first revelation, the Prophet has been heard and respected almost everywhere. His teachings, which have established a way of life for peoples as far apart as China and Morocco, have touched the hearts of countless people in every part of the world. They have been—and remain—the most enduring model for a balanced, civilized life, and have led to human development in every field. 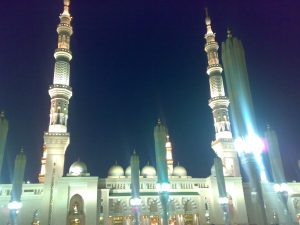 Despite the most vicious and sustained oppression of Muslims, the vandalizing of their culture, the misrepresentation of their values and history, Islam’s principles and ideals remain fresh and vivid in the hearts of the great majority of Muslims.

Indeed, true Muslims are respected, and even many non-Muslims agree that our problems can be resolved only by applying those principles. Islam’s sheer endurance, through the conquest and defeat of its followers as well as among so many different peoples and languages, cultures, and climates, proves that Prophet Muhammad’s mission is for all people and eternal.