aaa
Q How many Firauns (Pharaohs) were there according to Islam?

One important point to note in the context of the question is that the title, “Pharaoh” (Firaun, in Arabic), is not used by the noble Quran for any king of the times of prophets Abraham and Joseph (peace be upon them). This is true whereas we see the Bible using that name to refer to kings of those times.

And it is to be underscored that the Quran calls the king of Egypt during Prophet Moses’ time (peace be upon him), “Pharaoh”.

The Biblical narrative of Genesis mentions the king who was a contemporary of Abraham as Pharaoh several times such as the following:

Then Pharaoh gave orders about Abram to his men, and they sent him on his way, with his wife and everything he had. (Genesis 12:20, New International Version)

Similarly the king of Egypt during Prophet Joseph’s time also is called Pharaoh a number of times.

So Pharaoh sent for Joseph, and he was quickly brought from the dungeon. When he had shaved and changed his clothes, he came before Pharaoh. (Genesis 41:14, New International Version)

And in the Book of Exodus, the king who ruled Egypt in Prophet Moses’ time was also referred to as Pharaoh:

When Pharaoh heard of this, he tried to kill Moses, but Moses fled from Pharaoh and went to live in Midian… (Exodus 2:15, New International Version)

In contrast to the above, the noble Quran uses the title “Pharaoh” only for the King of Egypt during Prophet Moses’ time.

{Then after them sent We Moses and Aaron to Pharaoh and his chiefs with Our Signs. But they were arrogant: they were a people in sin.} (Yunus 10:75)

The most widely held view regarding the age of Abraham is that it was about 2000-1700 BC. For example, after a lengthy discussion of the historicity of the events surrounding the narrative of Abraham in the book of Genesis, the Anchor Bible Dictionary says:

To place Abraham at the beginning of the 2nd millennium B.C. is, therefore, sustainable. (Anchor Bible Dictionary, 40) 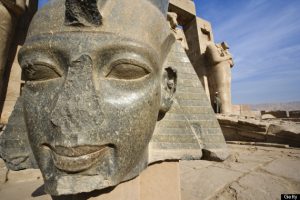 Kenneth Kitchen dates the life of Abraham to the period between 1674-1553 BC during the time of the Hyksos, collating the Genesis evidence with ancient Egyptian history. (74)

The Hyksos belonged to a group of mixed Semitic-Asiatics who infiltrated Egypt and became rulers of Lower Egypt during the period between 1674-1553 BC. The majority of scholars support the view that Prophet Joseph’s appearance in Egypt was during the time of the Hyksos.

Joseph’s rise to an important position in the house of Potiphar (Genesis 39) and his appointment to the task of collecting grain during the years of plenty (Genesis 41) were possible because foreigners had significant places in the Hyksos government. (Lockyer, 324)

As for Moses, The Universal Jewish Encyclopedia states that his period was the third or fourth quarter of the 13th century BC, and accordingly, Ramses II or Merneptah was the Pharaoh of the Exodus. (252)

Concerning the name, “Pharaoh”, The Encyclopedia of the Bible reads as follows:

Pharaoh: Ruler over Egypt also known as “the King of Upper and Lower Egypt.” He lived in a palace known as the “great house,” which was symbol of his authority. The Egyptian word for the palace was applied to the kings of the New Kingdom (c. 1550-1070 BC)…. The use of the title Pharaoh in Genesis may be anachronistic in that Moses in covering the events of the patriarchs in relation to Egypt used the commonly accepted term “Pharaoh” even though the title was not in use at the time of the patriarchs. (Cf. Genesis 12:15-20; 37:36). (Encyclopedia Of The Bible,1668-1669)

Thus all the evidences show that the term “Pharaoh” used in the Hebrew Bible during the time of Abraham and Joseph (peace be upon them all) for the rulers of Egypt is anachronistic.

In short, referring to the Egyptian king who was a contemporary of Prophet Joseph, the Quran uses the title “king” (Arabic, malik). Also, the Quran does not call the king of Prophet Abraham’s time, Pharaoh. And as for the king who ruled during the time of Prophet Moses, the Quran repeatedly calls him Pharaoh (Arabic, Firaun).

The Quran is not a book of history and it refers to whatever is relevant to its narrations either from history or from science. That is to say, the Quran’s avoidance of the term ‘Pharaoh’ for the kings of Abraham and Joseph is historically correct. So is its calling the king of Egypt during Moses’ time as Pharaoh. 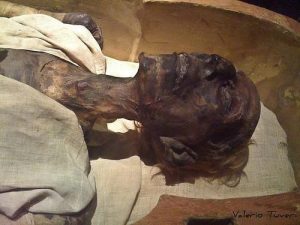 For the references I have relied on the learned article entitled: “Quranic Accuracy Vs. Biblical Error: The Kings & Pharaohs Of Egypt” by M S M Saifullah, Abdullah David & Elias Karim.

Kitchen, K. A. The Bible In Its World: Archaeology And The Bible Today. Exeter: The Paternoster Press, 1977.