aaa
Q I am a Muslim girl. My question is, can I as a Muslim make friends through online chatting. I don’t exchange any personal contact details of any kind. The language used is a day to day one - no bad language. My friends include both males and females. Am I allowed to make such friends? Please support your answer with references from Quran and sunnah. (I don’t give my pictures either.)

You seem to be a keen chatter! Well, let me tell you that most modern inventions like mass media and means of mass communications including internet services are all double-edged weapons. You can get the most benefit and the worst harm out of them according to your intentions and the way you use them.

The same applies to online chatting. I see that online chatting, especially with friends from different countries and nationalities is a wonderful method for people to know one another, which Allah made as one of the ultimate goals of creating man. He says:

{O mankind! We created you from a single (pair) of a male and a female, and made you into nations and tribes, that ye may know each other …}

It is a way of exchanging information and creating friendship among people. Who knows, maybe you can avoid the expected war between India and your country through the Internet. This is by the simple chatting between the peoples of the two countries, rather than through a UN resolution!

I personally know some people, who made wonderful use of chatting with Western friends, as a successful way of correcting the bad image Islam got, after the 11th of September.

I also know of some young people, who are in daily contact, through chatting with our besieged people, in the Palestinian territory of Gaza and the West Bank. It helps them to offer their condolences and express their sympathy and solidarity. You can imagine how impressive it is for them to know that they are not alone in such circumstances after the whole world has let them down!

What I want to say is that there are a lot of good ideas by which we can turn this hobby of chatting into something useful. Yet there are precautions that I always warn my two daughters against when they chat or use the Internet. Even if the thing is good in itself, simply the excessive use of it, may mess up one’s life. Balance in distributing time between all the activities of life is needed, even in acts of worship.

When we come to the moral perils of chatting, I don’t think I have much to say, because, as you mentioned, you have wide, open eyes on them.

Still, there is one thing that I always warn my own daughters against, or whoever asks me similar questions. It is having a relationship between a girl and a young man, either through chatting or through any other means of communication. It should never lead them to a level of intimacy, which may lead them in turn to unwanted results. 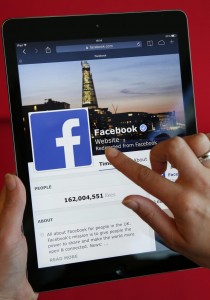 In this context I remember a funny story, which I heard once. A girl started chatting business with a young man. They were both religious and were strict about the moral rules of their contact. Nevertheless, the frequent contacts lead them to the very “natural” consequence and a special feeling grew between them.

When it came to the serious talk of marriage, she discovered – as they have never met – that he was much younger than her and that everything in his life made him absolutely the wrong person for her! Now she is asking for help after it became really heart-breaking for her to break up the relationship.

Thus, chatters should be careful about who they chat with, and how, when and why they chat, and try their best to make a good correct niyah (intention) for their chatting. It should either be for cultural or for religious benefit, in order to have a double gain: enjoyment in this life and reward in the life to come.