Short Answer: I think the ethics which Allah and His Messenger (SAW) asked us to observe when we deal with the other gender do contradict with the image of love you have described. Such a lifestyle, which deals with a boyfriend and a girlfriend as necessities of life, came to us from other societies that are different from us. We should not feel inferior because we are not allowed to do the same things they do. We should be proud of the teachings of our religion. When Allah guides us to such virtues, He does not want to give us a hard time. On the contrary, He wants to spare us the hard time decadent societies usually suffer. Hence, as a result of submitting themselves to the demands of their carnal desires.

In the beginning, let me be frank with you, I’m quite confused with the connotations of the word “ love” nowadays. In the good old days, everything was true and there was no place for “fake” values. Love meant a noble sentiment that tied up two persons together. As well as, made them dream of getting united for the rest of their life. Their true feeling stimulated both of them to take responsible action towards the realization of their dream.

Such love, which helps one attain his psychological, emotional and physical satisfaction that creates balance in his life, is most welcome in Islam. Ibn Abbas narrated that:

“A man came to the Prophet saying: ‘O Messenger of Allah, I am in charge of an orphan girl, two men proposed to marry her; one is rich the other is poor, we like the rich whereas she likes the poor.’ Thereupon the Prophet said: ‘We don’t see anything for two people in love better than getting married.’” (Ibn Majah and Tabarani)

There are many such examples, proving that Islam respects the true, noble and serious love. But nowadays, the word “love” has got other connotations and refers to other types of relationships. One of which resembles a game of chess, just to enjoy a few hours and then farewell. The couple may be planning for the way they separate even before they start the affair!

Love may also refer to the physical relationship, as it is a more decent word for “sex”. Instead of saying: “make sex,” they say “make love”. Here comes my confusion, what type are you asking about? I’ll dare say that you are not asking about the last type. Being a Muslim you must be aware that sex outside marriage is totally forbidden in Islam.

Islam calls it zinah (fornication) and it is heavily punished in both this world and the Hereafter. Many Quranic verses and Prophetic sayings acknowledge that. But if your question is still about this second type, which you have qualified as “fake love”, let me first raise my objection at calling it “love” because it is not. Then, second, let me express my worry about its dangers.

Man and woman are both born with this natural affiliation or desire between them. Allah never looks down upon this desire in contempt. It is He who created it in people in order to make them happy and preserve the human race from extinction.

Nevertheless, we have to be aware that the sparkle of this desire is created by the natural attraction when a man and a woman come into close intimacy with one another. Thus, Allah who created this desire in us is, simultaneously, very strict in observing the way we direct it.

This aimless type of love may lead – with the power of nature – to doubtful relationships, which in turn, leads one to moral degeneration and psychological restlessness. The Prophet (peace be upon him) confirmed in the following hadith that what is doubtful definitely leads to what is forbidden. He said:

Therefore, Allah – out of mercy towards His servants – prescribed practical ways by which they close the door before the temptations of such random and hazardous relations, for as it usually said: “An ounce of prevention, is better than a pound of cure.”

For example, He did this by warning men and women against sending unnecessary and unrestrained looks when they happen to deal with one another. Also, by directing women and girls to observe the propriety of their clothes to protect themselves from the lustful looks. He says:

{Say to the believing men that they should lower their gaze and guard their modesty: that will make for greater purity for them: And God is well acquainted with all that they do.

And say to the believing women that they should lower their gaze and guard their modesty; that they should not display their beauty and ornaments except what (must ordinarily) appear thereof; that they should draw their veils over their bosoms and not display their beauty except to their husbands, their fathers, their husband’s fathers, their sons, their husbands’ sons, their brothers or their brothers’ sons, or their sisters’ sons, or their women, or the slaves whom their right hands possess, or male servants free of physical needs, or small children who have no sense of the shame of sex; and that they should not strike their feet in order to draw attention to their hidden ornaments. And O ye Believers! Turn ye all together towards God, that ye may attain Bliss.}

The Importance of a Mahram

The Prophet also warned against that a man and a woman should stay together alone when he said:

“A man should not stay with a woman in seclusion unless he is a dhu-mahram (A person who is legally not allowed to marry that woman e.g. her father or her brother.)” (Sahih Al-Bukhari)

He also said in the same context, while delivering a sermon:

“No person should be alone with a woman, except when there is a mahram with her.”(Sahih Muslim)

Allah wants what is best for us

I think Aarofil that all these ethics, which Allah and His messenger asked us to observe when we deal with the other gender, do contradict with the image of love you have described. Such a lifestyle, which deals with a boyfriend and a girlfriend as necessities of life, came to us from other societies that are different from us.

We should not feel inferior because we are not allowed to do the same things they do. We should be proud of the teachings of our religion. 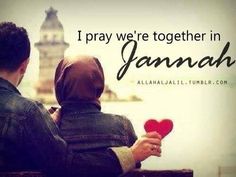 When Allah guides us to such virtues, He does not want to give us a hard time. On the contrary, He wants to spare us the hard time decadent societies usually suffer. Hence, as a result of submitting themselves to the demands of their carnal desires.

Indeed, what is interesting about this issue is that the time we started to imitate such a style of life is the time others started to run away from it. The moral chaos such societies suffer from, made them reconsider their approach towards life. I read, for example, that some politicians in the US are now calling for the return of the segregated schools.

I also, personally, heard the US ambassador, during one of the UN conferences that I attended – concerning the teenagers’ venerability to HIV AIDS – calling for what he termed “abstinence” from sexual affairs before or outside marriage.

I hope we don’t have to go through what others have been through, in order to make the same decisions they are making now.

I hope this helps

Love or Marriage: What Comes First?

Why Can’t a Muslim Girl Have a Boyfriend?