aaa
Q Assalamu alaykom, I have sent few times before about the ups and downs I have in my relationship with god, passing through many phases, and the new phase I have entered now is doubting god's mercy (the previous was doubting god's existence and in fact I do not know what's worse or more sinful cause I am trying to find any hope not to abide in hell forever!) Well, what I wanted to ask about are two questions:firstly I, alhamdulilAllah pray the daily five prayers at their fixed time and pray god always in sujud that he would guide me and make me a good slave but the problem is that when I commit a sin which is mostly talking to my mother in a bad way I just feel too embarrassed to pray to god and I cannot carry myself to pray at fixed times which something that I really love, I mean I pray before the next azan but not on fixed time plus I do not supplicate to god and say the prayers that I always say cause I feel like "how dare you pray to god after what you have done you worthless arrogant? do you think that god will accept your prayers or do you think that it will erase your sins? god hates you Sara!" that's what happen I just feel so ashamed that I cannot pray to god sincerely. the other question is that (I know it's weird and may be due to my low self-esteem) but I always feel like god hates me and that he will never answer my prayers make me closer to him, I feel like god is keeping me alive only to torture me in hereafter, I feel like I am worse than the devil itself and that's really making me desperate and I always cry begging god to save me cause I feel like I am gonna give up on god's mercy and that would really be the end of my life I mean at least spiritually, and whenever I pray god for guidance I just get worse and whenever I intend on changing myself to the better for the sake of god I just get further away from God and my relationship with god deteriorate even more, sometimes I feel like it's my destiny not to be one of god's good slaves.

We get so many questions about forgiveness from sins on this site. It is quite interesting actually because Islam as a religion offers its followers so much for dealing with past sins, and bringing hope to people who have fallen in some way.

I have written similar responses to this many times for those who just simply do not believe that they can be forgiven for their past sins. As a convert myself, who used to engage in my own share of “un-Islamic behaviors” these questions are reminders to me of just how great this religion is, in terms of bringing us the hope we need to turn past sins into something positive.

It IS hard to believe that Allah can really be THAT merciful, that He can and will forgive us for such heinous sins. However, now is the time when you must really believe in Allah’s greatness and mercy, because you can be forgiven despite what you have done.

Remember, sister, there is no unforgivable sin in Islam outside of shirk (associating other gods with Allah); even that Allah forgives once the person accepts Islam. For a believer, everything else under the sun is forgivable as long as one is sincere in their repentance to Allah.

Despite what you might have done, as a sin it is still one that is very much capable of being forgiven as long as you ask your mother’s forgiveness first and make sure to make it up with something that pleases her.

We can never despair of the forgiveness of Allah so long as we are sincere in our longing to return to Him. Whatever you may have felt or experienced in the past is just that – the past – and we should never dwell on it.

Yes, we should feel remorse and regret to a point but only so much so as to drive us to put our foreheads on the ground with tears in our eyes and heavy hearts begging for Allah’s forgiveness and mercy.

Everything in this life – the good, the bad and the ugly – is from Allah and created according to His vast oceans of wisdom. As such, we must honor even the worst of deeds by turning them into means by which we remember Allah and His greatness.

Use your past “mistakes” as means to return to Allah today! Do not allow your past to drag you down indefinitely, instead transform it into a way to comeback to Allah with complete sincerity. Such sincerity is the ultimate gift, for it is indeed rare, and through it, Allah will open up all doors for you to become closer to Him.

Perhaps there is no action more beautiful in this world than a human being who can undertake that true repentance (tawbah). Furthermore, there is perhaps nothing more beloved to Allah on earth than sincere repentance. Allah says in the Quran:

{Say: O My slaves who have transgressed against themselves! Despair not of the Mercy of Allah, verily Allah forgives all sins. Truly, He is Oft-Forgiving, Most Merciful.} (Quran 39:53)

In a Hadith Qudsi (Divine Tradition): Anas (May Allah be pleased with him) states that he heard the Messenger of Allah (peace be upon him) saying that Allah said:

“Verily, Allah is more delighted with the repentance of His slave than a person who lost his camel in a desert land and then finds it (unexpectedly)”. (Al-Bukhari and Muslim)

Abu Hurairah (may Allah be pleased with him) narrated: Messenger of Allah (peace be upon him) said:

“He who repents before the sun rises from the west, Allah will forgive him”. (Muslim)

And from Sheikh G.F. Haddad:

“Allah Most High promised high levels to the repentant and He mentioned that the Throne-bearing angels make repentance for them also. And the Prophet, upon him peace, gave us glad tidings with regards to the believer’s sins precisely because they lead to repentance. Therefore continue to repent!”

As for the conditions of true repentance, of course every heart is different, but our scholars tell us that there are four general stages:

Sin, when responded to with sincere tawbah, i.e. repentance, remorse, reflection, self-censure and the like, is a vehicle for returning to Allah with a heart that is completely humbled and surrendered.

Anyone who has ever experienced the anguish of realizing the gravity of one’s sins and the cleansing that follows with sincere repentance will know what I mean. That feeling of regret and remorse that can be so overpowering is Allah’s way of bringing our hearts back to Him.

Through this, we fully realize that He has total power of us and everything else in creation and can bring us from the lowest of the low and back again. Through sin, Allah allows us to fall, only so that we can rise again, so to speak.

Through this process, He allows us to realize His Majesty, Power, Greatness, Sovereignty and Mercy in a more intimate way, through direct experience. The process is therefore one of God-realization. 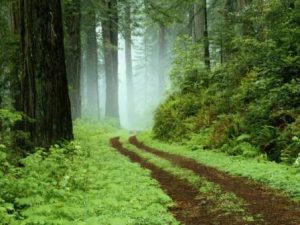 So if our tawbah is truly sincere, it is almost like re-entering Islam again and renewing our commitment to Allah. Perhaps this is why Allah loves sincere tawbah so much as the above ahadith point out.

This is just one reason why sins themselves can never be divinized, for even they have a divine purpose, which, like everything, are ultimately a means for realizing Allah. This is what tawhid truly is – the belief that ALL is from Allah, even that which appears “bad”. But only Allah can bring goodness out of something “bad” which is further proof of His Lordship.

Allah’s ultimate goodness is understood by reflecting that there is a divine purpose behind everything, and that purpose is actually always the same – to facilitate God-realization, i.e. to realize God’s existence, His Oneness, His Greatness, and our complete and utter dependence on Him, through which we fulfill the purpose of our being created. It is through this type of God-realization and servanthood that we can begin to understand “there is no God but Allah” in a much deeper way.