aaa
Q Dear Sir, I have been going through various sections of your site and I found that if non-Muslims discriminate against Muslims, Islam has given Muslims the right to launch a jihad against non-Muslims. My question is: Does Islam consider it all right if non-Muslims launch a violent protest against unfair treatment by Muslims? If not, don't you think it is hypocrisy and inconsistency on the part of Islam? With due respect and regards.

Thank you very much for your question and for contacting Ask About Islam.

Well, you know that the causes of the conflicts between religious groups in any country are not always purely religious. There are social, economic, or political undercurrents that may outweigh religious considerations.

In Bangladesh and Pakistan, the majority of the population are Muslims, and there could be instances of clear discrimination against the minorities by the majority. But please understand that the religion of Islam does not support any kind of injustice by any group. There is this clear injunction in the Quran that means:

{O ye who believe! stand out firmly for justice, as witnesses to God, even as against yourselves, or your parents, or your kin, and whether it be [against] rich or poor: for God can best protect both. Follow not the lusts [of your hearts], lest ye swerve, and if ye distort [justice] or decline to do justice, verily God is well-acquainted with all that ye do} (An-Nisaa’ 4:135)

And again, the Quran says what means:

{O you who believe! Stand out firmly for God as witnesses to Justice; and let not the hatred of a people cause you to swerve from justice; be just; that is the closest to piety} (Al-Ma’idah 5:8)

These verses mean that it is the duty of Muslims to do justice, even to a people who are in conflict with the Muslims. And even if it means that one has to oppose not only one’s community but one’s parents or relatives.

Muslims must not act out of narrow partisanship or out of selfish motives, but they must necessarily do justice and strive for the establishment of justice.

God says that doing justice is the closest action to piety. You know that Muslims should be persons who live by the Quran and the Sunnah (the example of the Prophet Muhammad, peace be on him). Anyone who violates a commandment of God in the Quran cannot be called a correct Muslim.

At any rate, we cannot blame Islam for that person’s actions as long as those actions are i 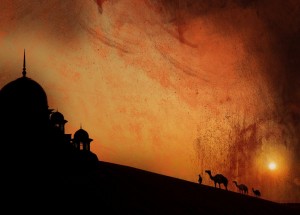 n contravention of Islamic precepts, any more than we can blame Hinduism for the misdeeds of certain Hindus in violation of the teachings of that religion.

Now the word jihad is one of the most misunderstood terms in modern times. The word actually means “striving” or “struggle.”

In Islam it denotes any struggle made by a person to live by the commandments of God. It can even mean fighting when it is done in the way of God. You can very clearly see that jihad in Islam can never mean any action against God’s commandments.

Therefore, as there is a clear command from God that Muslims must do justice even to those who are in conflict with them, can any discrimination against minorities be allowed?

Of course there are instances where Muslims can do jihad against non-Muslims. For instance, in a context where the non-Muslims deny the Muslims their right to practice their religion, or deny them their birthright to their homeland, or where they are oppressed or attacked, jihad is permitted.

Jihad in this sense must not be out of selfish greed, or out of craving for revenge, or out of the desire to steal other people’s wealth because all such actions would be clear violations of God’s commandments in the Quran.

Coming to your question about non-Muslims fighting for justice against Muslims: first, it is the duty of the Muslim community as a whole to prevent—even by using force—any sort of injustice from Muslims towards non-Muslims.

But then if they fail in this, they can join the struggle [which does not necessarily involve fighting and killing] of those who strive for justice, though they are non-Muslims. This is because justice is such a central and pivotal value in Islam.

You can see if you make an objective study, that most of the struggles of Muslims in different parts of the world are for justice. For instance, the Palestinian question: the Zionists have confiscated a major portion of Arab land and are still driving out the Palestinians from their homeland. 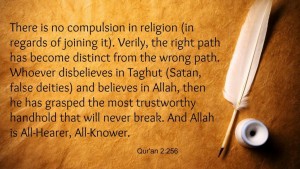 The Palestinians (both Muslims and Christians) are refugees in their own land. The Zionists commit the most horrible atrocities on those poor people, with the help of the imperialist forces of the world.

So the struggle of the Palestinians to restore their birthright to their homeland is a jihad in the true Islamic sense of the word. In Palestine, the Muslims are the majority, but they are fighting alongside their Christian brothers.

I hope that the foregoing gives you a clear idea of the Muslim position on jihad and justice.