aaa
Q It is mentioned in Quran (though exact words I can't recall) "Allah make all souls gathered & ask them whether they accept Him as God, all said we accept" The purpose of this meeting was to create witness so that those who are unbelievers can't say that their soul do not accept Allah as God. But it seems somewhat strange to me. We do not have memory about that event in our present life, than what is use of such meting & witness? Will you please clarify it to me?

In fact, belief in Allah, the one true God, is the fitrah (primordial unstained nature) on which Allah has created people. This is stated in the Quran as Almighty Allah says what means:

{Then set your face upright for religion in the right state — the nature made by Allah in which He has made men; there is no altering of Allah’s creation; that is the right religion, but most people do not know.} (Ar-Rum 30:30)

If man is to be left without any outside affecting ideas, he will be led by his innate nature to the fact that this universe has a Creator, and this Creator is One. Even those who spent their life denying the existence of God, could not help crying at times of need, “O God, help me.”

This call of innate primordial nature is what has been implanted in man, it is what his soul calls him to believe in and submit to. Yet, man tries to deny it when his soul is fogged by the needs of his body.

The belief in Allah is so deep in the human soul because without it, the human soul will feel empty and lonely. Life will prove meaningless and aimless, and man will be the prey of boredom and doubts. It is because of this that we can say man needs God to make his life meaningful and purposeful.

The rates of suicide in Western countries are very high, and many of those who commit suicide do not lack money, jobs, or other worldly stuff. They are probably very rich and, worldly speaking, very happy.

What they lack, though, is the spiritual fulfillment and the inner peace of mind. These are things that cannot be attained by money or possessions; rather, they are gifted by God to the heart of a believer.

God, the Merciful, has created inside man this primordial tendency, or nature, that feels the need to know Him and is set to believe in Him. Yet, He has endowed man with mind and free choice, after providing him with knowledge to differentiate between the path of righteousness and the path of evil, and making clear to him the destiny of each.

Man is always between two calls then, between the call of his soul, the call of his primordial unstained nature, — which will always tell him that there is God and he should believe in Him, depend on Him, turn to Him for guidance and blessing — and the call of his body and self, which will try to delude him and make him the slave of his own desires and inclinations.

This deluding call will try to distract him from the path that leads to his salvation. By listening to it, he is not doing justice to himself at all. Rather, he is putting his whole being in danger, since he will lose the life-to-come, the eternal and the true one.

Some people prefer to live here to their utmost, and to listen to the call of their desires, and they do not care about what is going to happen in the next life.

Others do think deeply and decide to listen to the original call: the call of the soul and the fitrah which was implanted in us since Almighty Allah has created us. Such are the people whose action in this life suits the innate nature God has implanted in them.

The verse you have referred to reads what means:

{And when your Lord brought forth from the children of Adam, from their backs, their descendants, and made them bear witness against their own souls: Am I not your Lord? They said: Yes! we bear witness. Lest you should say on the day of resurrection: Surely we were heedless of this.} (Al-A`raf: 7:172)

We can understand it clearly in light of what we have just mentioned. This verse refers to the innate nature which God has implanted in human beings, and which calls them to believe in Him all the time and tell them to take the path that leads to their salvation. 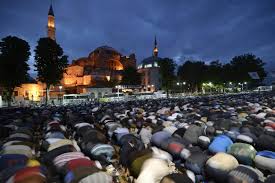 Because such a sincere call is there all the time, it is as if it has become a witness that continuously reminds the person with his Creator. And when a person refuses to listen to this sincere adviser, it is as if he is denying his witness and rejecting the testifying which he has given before.

It is as if there is incoherence between what he is supposed to do and what he is actually doing; as this innate nature has always been there and it witnesses his corruption and going astray. It will witness on the Day of Judgment as it witnessed on the day of creation.