aaa
Q As-salaam alaikum. What does Islam say about patriotism? What about issues such as serving in the army and stuff, national anthems and holidays, etc.?

Loving one’s country and its people is a good trait of Muslims, as our beloved Prophet Muhammad (peace and blessings be upon him) has amply demonstrated. This is what we mean by patriotism.

But there is an intense form of it called nationalism that urges people to adopt the position that their country is right and should be supported in whatever it does, even if that means supporting injustice.

Muslims have to necessarily abide by Allah’s commandments regarding truth and justice. Therefore, they cannot adopt an attitude of blind patriotism or nationalism because it tends to instill into people a belief that their nation is superior to other nations, notwithstanding the principle of human equality and brotherhood upheld by Islam.

Besides, extreme nationalists relegate God and His religion to a secondary status, placing nationalist considerations uppermost. And nationalism tends to pit one nation against another in pursuit of political hegemony or economic exploitation. They reject the guidance of God to adopt short-sighted jingoism out of a desire to dominate other nations.

Nationalists do not stand for justice in causes, but cling to narrow sectarian allegiance. Hence they may oppose Muslims who support those fighting for their basic human rights irrespective of national borders, such as the Palestinians, the Iraqis, or the Chechens.

Nationalists’ political philosophy is derived from ancient tribal affinities and goes back to pre-Islamic times. As observed by the Muslim scholar Dr. Yusuf Al-Qaradawi, the ideology of nationalism was first planted in Muslim societies by Western occupiers and their stooges.

Muslims living in the contemporary world should be realistic enough to adopt a policy of harmony and peace as far as possible. They should understand that the national flag and national anthem are powerful symbols of a country, and respecting them simply means that they are ready to live there as loyal citizens.

Disrespecting the national flag or the anthem would be considered an open challenge to the government attracting due punishment.

Moreover, Islam orders us to do our best to become good citizens in the countries we live in. Muslims have to honor the laws of the country where they live as long as such laws do not contradict the teachings of Islam.

In this connection the opinion of Sheikh Faysal Mawlawi, deputy chairman of the European Council for Fatwa and Research, is relevant:

“Muslims living in non-Muslim countries are to respect the symbols of those countries such as the national anthem, national flag, etc. This is part of what citizenship dictates as per modern customs. … Thus, standing up for the national anthem is not a form of prohibited loyalty. If a Muslim is to change a wrong action in a majority non-Muslim country, let him do that through da`wah, wisdom, and fair exhortation. At the same time, he should not obey any rules that involve disobedience to Allah.” 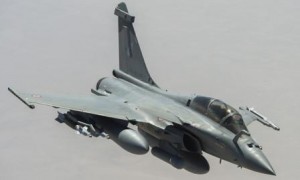 When Muslims living in non-Muslim countries stand up to respect their national anthems, their intention is not to approve the un-Islamic rulings prevalent in those countries. They are simply performing a national duty, that is, loving their nation.

And this expression of patriotism has nothing to do with worship, as there is neither prayer nor remembrance of God involved in it. Thus, it cannot be called a prohibited act.

As for serving in the army, I would personally advise Muslims not to join the army of a non-Muslim-majority country. The reason behind this advice is that they may be forced to fight and kill other Muslims, which is clearly prohibited.

If they do join the army, they should be mindful of their right — if the laws of their country’s military allow them — to refuse to serve in wars that are considered unjust in Islam. If their country outlaws conscientious objection, then they should think twice about joining the army

It is important that Muslims ought to be mindful of their religious duties wherever they live. Performing the daily prayers, paying zakah (alms), fasting, and going for Hajj are essential duties.

In addition, Muslims should cooperate with their brothers and sisters in commanding good and prohibiting evil, in seeking religious knowledge, and in promoting all the virtues that Islam advocates.

{O you who believe! stand out firmly for justice, as witnesses to God, even if be against yourselves, or your parents, or your kin, and whether it be (against) rich or poor: for God can best protect both. Follow not the lusts (of your hearts), lest you swerve, and if you distort (justice) or decline to do justice, verily God is well-acquainted with all that you do.} (An-Nisaa’ 4:135)

Every Muslim has a role to play in the process of establishing a better life for all the people living together as members of the society, regardless of whether they are Muslims or non-Muslims.

Islam urges Muslims to be active and even proactive in any society they reside in.Muslims have to be positive and have to participate in public life in a way that enjoins what is good and forbids what is evil.

This participation is required, as long as it is not motivated by selfish desires and individual opportunism. You can read in the Quran the injunction that means

{Cooperate ye with one another on virtue and God-consciousness.} (Al-Ma’idah 5:2)

It is only by means of active participation in the sociopolitical life of a society that we can struggle for the causes dearest to our hearts: fighting poverty, rooting out crimes and vice, working toward employment equity, and social justice.

Muslims have a duty to stand united to work for a unified country that embraces all of its citizens irrespective of differences of race, religion, or language; a country that strives to defeat those forces whose vision is ethnocentric, backward-looking, and exclusivist.

The state of Muslims in the world will only go from bad to worse if Muslims continue to remain outside the mainstream and fail to participate in the political process, allowing others to decide policies and laws that may jeopardize their interests.

And remember, Allah the Almighty has described Prophet Muhammad as “a mercy to the worlds.” He was a sign of Allah’s mercy to all, Muslims as well as non-Muslims.

In his kindness and fair treatment he did not differentiate between the believers and nonbelievers. He was kind to the pagans of Makkah and fought them only when they fought him. He made treaties with the Jews of Madinah and honored the treaties until they broke them.

The Prophet is reported to have received the Christians of Najran with generous hospitality in his mosque in Madinah. They debated with him about Islam, but he treated them with honor and respect. There are many examples from his life that show that he was the friendliest person to all people. 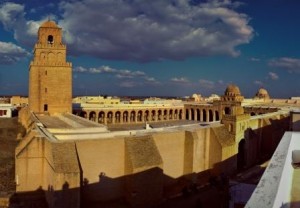 And the Glorious Quran teaches Muslims that

{Surely Allah enjoins justice, kindness, and doing of good, to kith and kin, and forbids all that is shameful, evil, and oppressive. He exhorts you so that you may be mindful.} (An-Nahl 16:90)

This verse highlights the basic Islamic values of justice and compassion. These should be the overriding principles guiding our social engagements and deals. Hence we should ask ourselves whether we sincerely practice these values in our day-to-day life.

Realizing that the rules of Allah are sufficient for us, we need not only to practice them, but to teach them to others in the best possible manner.

I hope this answers your question. If you have further questions, please do not hesitate to contact us again. Please keep in touch.