aaa
Q Salam. I have a question: To my knowledge the Sunnah is what the Prophet did and advised but it is not compulsory, yet I hear that you have to get married as it is Sunnah, but surely if it is Sunnah then you have a choice and I don’t know whether this is right or wrong. Someone said that the great Prophet Muhammad (peace be upon him) said that if you don’t get married then you are not one of us. Please explain which is correct. Jazakum Allahu khayran.

Thank you for your question and for trusting our page with finding a convincing answer for you.

There are three correct concepts in your message, so let’s start by pointing them out:

1. It is correct that the Sunnah is what Prophet Muhammad (peace and blessings be upon him) said, did, or recommended for Muslims worldwide to do from his time until the end of time.

2. As you mentioned, doing a Sunnah act is not compulsory, and one does not reap sins for leaving out regular practice of Sunnah; and, yes, you have a choice regarding what you choose to do. Yet there is a huge reward (thawab) to be gained from following in the footsteps of Prophet Muhammad (peace be upon him) as mentioned in numerous ayahs (verses of Quran), for example ones that mean:

{And whoever obeys Allah and the Messenger, these are with those upon whom Allah has bestowed favors from among the prophets and the truthful and the martyrs and the good, and a goodly company are they!} (An-Nisaa’ 4:69)

3. Marriage is indeed of the Sunnah of Prophet Muhammad and all the other Prophets (peace and blessings be upon them all) as mentioned in the Prophetic tradition that your friend referred to: Some of the Companions of Allah’s Messenger (may peace be upon him) asked his wives about the acts that he performed in private. Someone among them (his Companions) said: I will not marry women; and another said: I will not eat meat; and someone among them said: I will not lie down in bed. He (the Prophet) praised Allah and glorified Him, and asked: What has happened to these people that they say such-and-such, whereas I observe the Prayer and sleep too; I observe fast and abstain (from fasting); I also marry women. And he who turns away from my Sunnah, he has no relation with me (Muslim).

This, then, implies that if someone does not marry because he has not yet found a suitable mate, or he does not have the means, or has some defect that prevents him from marrying, or even because he personally does not have any strong desire to marry, then he would not fall into the category of one who is not of the Muslims. One who thinks that celibacy is better than marriage would fall into this category.

Now, having pointed out the facts in your question, let’s explain the duties of a Muslim to obey Allah’s rules in the universe so as to obtain His mercy. First of all, let’s ask ourselves two important questions:

1. Why were we created?
The answer to this question is very clearly stated in the Quran in numerous ayahs, for example one that means:

{ And I have not created the jinn and the men except that they should serve Me.} (Adh-Dhariyat 51:56)

From this we learn that our entire life should be dedicated to pleasing Allah, Who created us solely for this purpose. One of our duties towards our Creator is to bring to existence good Muslims (through Allah’s power, of course). In Islam, the only way to do so is by getting married. Islam is an advocate of marriage and the formation of stable families. Other forms of sexual liaisons between individuals are prohibited in Islam.

{Certainly you have in the Messenger of Allah an excellent exemplar for him who hopes in Allah and the latter day and remembers Allah much.} (Al-Ahzab 33:21)

{Your companion does not err, nor does he go astray; nor does he speak out of desire. It is naught but revelation that is revealed, the Lord of Mighty Power has taught him.} (An-Najm 53:2-5)

From these verses we learn that Prophet Muhammad (peace be upon him) was sent as a live example and role model for Muslims to follow until the end of time. A good Muslim—after reading this praise in the Quran and after learning the life story of Prophet Muhammad—will certainly want to model his behavior according to this “most praiseworthy” man (which is the meaning of the name Muhammad). Prophet Muhammad got married, recommended marriage, prohibited celibacy, and provided Muslims with a complete day-to-day “manual” on the marital life under all possible circumstances through his own marriages. 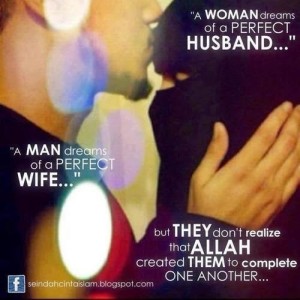 The Importance of Marriage in Islam

1. Marriage in Islam has aspects of both `ibadah (worship) of Allah andmu
`amalah (transactions between human beings).

In its `ibadah aspect, marriage is an act pleasing to Allah because it is in accordance with His commandments that husband and wife love each other and help each other to rear their children to become true servants of Allah.

In its mu`amalah aspect, marriage is a lawful response to the basic instincts of intimacy. The Shari`ah (Islamic law) has prescribed detailed rules for translating this into a system of rights and duties. You will notice that many surahs of the Quran discuss the rules of marriage, family relations, and domestic etiquette. This certainly brings our attention to the importance of forming a family.

The Prophet considered marriage for a Muslim as half of his religion because it shields him from promiscuity, adultery, fornication, homosexuality, etc., which ultimately lead to many other evils like slander, quarreling, homicide, loss of property, and disintegration of the family.

2. Allah created men and women as company for one another so they can procreate and live in peace and tranquility according to the commandments of Allah and the directions of His Messenger. Sexual desires were created by Allah for these specific reasons, and Muslims are instructed on how to channel these desires to live a happy, settled life. In a verse of the Quran Allah says what means:

{And one of His signs is that He created mates for you from yourselves that you may find rest in them, and He put between you love and compassion; most surely there are signs in this for a people who reflect.} (Ar-Rum 30:21)

In contrast to other religions which consider celibacy or monasticism as a great virtue and a means of salvation, Islam considers marriage as one of the most virtuous and approved institutions.

3. Marriage protects the chastity of Muslims, and protects society from the dangerous social and physical diseases we see around us now in societies that refrain from marriage under false pretenses of “freedom” when in actuality it’s only slavery to Satan’s wishes. Islam recognizes the emotional and physical needs in humans, which if not fulfilled—or if fulfilled haphazardly—will result in chaos. The Prophet instructed: “O you young men! Whoever is able to marry should marry, for that will help him to lower his gaze and guard his modesty” (Al-Bukhari). Modesty was regarded as a great virtue by the Prophet.

4. According to modern sciences, marriage has a lot of gains for the individual and for society. For example, modern psychology proves that married individuals are a lot more productive and less prone to serious illness and chronic stress, and children raised in stable homes are much more successful and useful to themselves and to society.

5. According to Islamic history, a special mother or wife is always the key factor behind the success of exceptional people. We have, for example, the mothers of Imam Malik and Imam Al-Bukhari; Asma’ bint Abi Bakr, mother of `Abdullah ibn Az-Zubair; and Fatimah the Prophet’s daughter, wife of `Ali ibn Abi Talib.

Is Marriage Compulsory in Islam?

A Muslim always has a choice; he is never forced to do things as long as he knows the consequences of his choice and is fully responsible for the outcome of his actions. Applying this basic concept to marriage, the favored option by Allah is to find a good, pious mate and get married.

Muslims who want to please Allah must not choose celibacy for no reason while they are capable of getting married. And Muslims who are unable to get married for acceptable reasons are still expected to refrain from premarital sex until Allah wills it for them to afford marriage.

Marriage is compulsory for a man if he has the means to easily pay the dower and to support a wife and children; he is healthy; and he fears that if does not marry he may be tempted to commit fornication.

Marriage is also compulsory for a woman if she has no other means of maintaining herself and she fears that her sexual urge may push her into fornication. 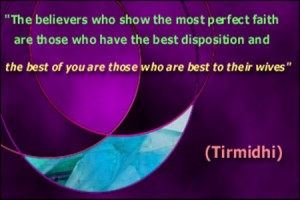 But even for a person who has a strong will to control his/her sexual desire, who has no wish to have children, and who feels that marriage will keep him/her away from his/her devotion to Allah, marriage is commendable.

The general opinion is that if a person, male or female, fears that if he/she does not marry he/she will commit fornication, then marriage becomes wajib (obligatory). If a person has strong sexual urges, then it becomes wajib for that person to marry. Marriage should not be put off or delayed, especially if one has the means.

Marriage is not recommended for a man who does not possess the means to maintain a wife and future family, who has no sex drive, or who dislikes children.

The Quran and the Sunnah clearly show that marriage is a mithaq—a solemn covenant (agreement). It is not a matter that can be taken lightly. One should follow the Islamic rules for selecting a mate for life, and should be mature enough to understand the demands of marriage so that the union can be a lasting one.

Hopefully this gives you a better understanding of the institution of marriage in Islam. May Allah guide you and all Muslims to good loving mates.