aaa
Q Dear sir/madam, I was just wondering what evidence there is to support Islam. There seems to be a lot in support of Christianity, but I haven't been able to find any in support of Islam. Thanks for your time.

Short Answer:  Islam is the sun that shines in the corners of man’s life and shows him the way to happiness. There is textual evidence that came prophesying the advent of Islam and the Prophet of Islam, whether in the previous scriptures or in the Quran.  The very message of Jesus in his short stay on earth show that there was a need for another prophet to come settling all issues and showing complete course of guidance for all humans.

Thank you for your good question which is both interesting and challenging too.

Let me state certain facts in the beginning which, as a Muslim, I would like to say proudly.

Islam is the very call of the Highest Creator to the humble human being to surrender, with his will and power, to the Infinite Power and the Supreme Sovereign.

Islam is the light and the beacon that shows man where to step and how to be safe from falling into the abyss of vice.

Islam is the course that governs life and elevates man above the boundaries of his physical appetites and animalistic whimsical desires that endanger his spirituality and degrade his morality.

Does the sun need proofs to show to man that it is there?

Man can deny the existence of the sun, but it is his own problem and not that of the sun.

Islam is the sun that shines in the corners of man’s life and shows him the way to happiness.

Let’s now jump to the issue of the signs and the evidence standing in support of Islam and they are so many, so we name but a few:

The evidence includes the texts that came prophesying the advent of Islam and the Prophet of Islam, whether in the previous scriptures or in the Quran; the Book of Islam.

In Deuteronomy 18:18, we find that God spoke to Moses and said to him that He will raise from among their brethren a Prophet like unto him (Moses) and he (the prophet) will speak of God.

In so many other places in the Bible, we will get the names of ‘the Prophet’ in combination with the messiah and the Baptist.

This Prophet is none but Muhammad; the Prophet of Islam.

The textual evidence in the previous books are also referred to in the Quran in the stories of the Jews and Christians and the glad tidings given by Jesus to his people that there will be a final Prophet coming after him whose name will be Ahmad. 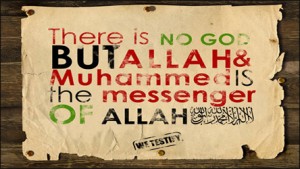 The very message of Jesus and his short stay on earth show that there was a need for another prophet to come settling all issues and showing complete course of guidance for all humans.

This conforms with the saying of Jesus himself that he came not to initiate something new but to fulfill.

The world, before the advent of the Prophet of Islam was in a case of a total disruption and complete disorder.

There were two main superpowers that engaged in a series of wars and fierce fighting, there was no place for the weak; rather, social injustice was spread everywhere and man’s condition went, in terms of morality, to alarming levels.

This unjust chaos and total disruption showed that there was a need for a religion that could re-establish order again.

This was the condition of the world when Islam came with a complete social justice system, rights and equality, illumination and morality.

There are so many other evidences that Islam is a religion of truth. Among them are the following:

These are but a few of the many evidences supporting Islam and showing that it is the eternal message of Allah and a religion of truth.

Thank you so much for your question, and please keep in touch.

6 Proofs that Muhammad is a True Prophet

How Do We Know We’re Following True Prophets of God?

Is There Criteria for True Faith?