aaa
Q Salam. My question is regarding the status of Muslim women. It is said in the holy Quran that Muslim women should cover themselves to guard their modesty. It also means that by doing that, they would have higher self-respect. Now, should a non-Muslim woman get to know the reason Muslim women wear the Hijab? Wouldn't they feel looked down upon? It will be like saying that they have no self respect for themselves indirectly and this can cause them to further away from the religion of Islam. Also, wouldn't it lead Muslim women to isolate themselves away from the non-Muslim women as they feel they are at a higher status? Please share your view. Thanks.

Short Answer: Islam was revealed with a set of orders to its believers concerning their clothes, food, way of praying, places to go for pilgrimage, and so on. It is clear in the Quran that obeying such orders is the way to the kingdom of Heaven for the Muslims who received these orders in their book, but they do not concern the followers of other religions who did not receive the same orders either of Hijab or of otherwise. Therefore, why should unveiled women feel offended?

Thank you very much for your question and for contacting us.

I do not quite understand the assumption that this command from God to the Muslim women to wear hijab is regarded as an insult to non-Muslim women, and that it accuses them of not having self-respect.

I believe that such assumption is the furthest from the truth.

Each religion represents a comprehensive and interrelated moral system based on a number of does and don’ts that are peculiar to it but do not mean to offend the believers of other religions.

Therefore, the prerequisites which the believers should fulfill to enter Paradise are different from one religion to another.

God’s commands should not be a matter of argumentation.

Knowing that they are from God is enough reason for one to abide by these commands if he is a follower of this religion or to show respect for it if he belongs to a different belief even if he is not convinced.

Take the example of baptism as an example.

According to Christianity, no one can enter the kingdom of Heaven unless one is baptized and that one can only gain remission of his sins through baptism.

It says in the Bible:

[He that believes and is baptized shall be saved, and he that disbelieves shall be condemned]. (Mark 16: 15-16)

I wonder if a Muslim or a Jew reads this and accuses the Bible of discriminating against them by claiming that they are deprived of Heaven and that they won’t be saved and will be tortured just because they are not (and will not) be baptized.

Take the belief in Christ as the only way to salvation in Christianity as a second example.

Salvation is only pledged to the one accepting Jesus as Lord and Savior. The Bible says:

[Be it known unto you all, and to all the people of Israel, that by the name of Jesus Christ of Nazareth, whom ye crucified, whom God raised from the dead…Neither is there salvation in any other: for there is none other name under heaven given among men, whereby we must be saved.] (Acts 4:10-12)

Is it the right of a follower of another religion to protest against this prerequisite for salvation if he does not hold a belief in Christ in this manner?

The answer will definitely be “No” because this is a Christian discourse addressed only to Christians giving them their roadmap to Paradise.

But as for the followers of other religions, this may not be the case. They may have other instructions to do as they are told.

An Example from Judaism

I was once searching for the wisdom behind eating Kosher by the Jews; I wondered that the Jews believe that this ritual (which forbids eating certain animals like camels and hares in addition to combining certain foods in one meal like fish and dairy) is the way to keep them aloof from the animal souls.

In the Bible of Chabad Chassidism, Rabbi Schneur Zalman of Liadi says that we each possess two distinct souls: the animal soul, and the Godly soul. And by following such eating rituals we control the animal self which is blind to everything save the gratification of its egocentric instincts. 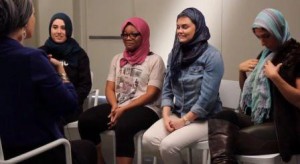 In relation to your question why don’t we say that Judaism describes all who eat camels and hares as animal souls?

Only those who are prejudiced will think in this way.

But the more open-minded people will understand that this is a command from God to the Jews by which only they should abide, and that it does not mean any ‘insult’ to the gentiles who do not have a similar order in their holy books.

In the same way, Islam was revealed with a set of orders to its men and women believers concerning their clothes, food, way of praying, places to go for pilgrimage, and so on.

And it was clear in the Quran that obeying such orders is the way to the kingdom of Heaven for the Muslims who received these orders in their book, but they do not concern the followers of other religions who did not receive the same orders either of Hijab or of otherwise. Therefore, why should they feel offended?

Although other religions might not have indicated women’s dress to be in this design of hijab, they all stressed the fact that women should not show in a vulgar appearance.

But hijab which is a type of uniform prescribed in the Quran to cover all the head and body except for the face and the two hands and is neither tight nor transparent, is only decreed on Muslim women for logical reasons.

Therefore, I see no point in non-Muslin women getting offended or insulted by this decree which was not directed to them.

You say that Muslim women feel superior to wear hijab, and that they isolate themselves from others thinking that hijab makes them of higher status.

A clear example of this is when France and some Scandinavian countries banned hijab in public places and deprived Muslim women in hijab to go to their work, schools or hospitals for treatment.

What really worries me, dear Muhammad, is that after the enemies of Islam accused hijab of being a sign of backwardness and oppression for women, now they are starting a new round claiming that hijab insults non-Muslim women. And they will find in this claim a good excuse to start their war against hijab. 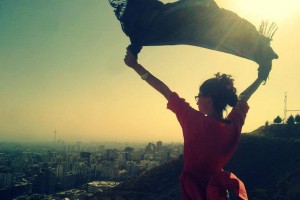 What we need now is to remove all suspicions from our hearts towards one another and to try to understand and be lenient with the small differences which are assigned among the different religions.

The world has become a small village in which we all have to live together whether we like it or not.

Can’t we be smart enough to build this small village on basis of mutual understanding and respect instead of mutual hatred and distrust?