aaa
Q I am 37 years old woman and my husband is 10 years older than me, he is a senior army officer. We got married in 1996, it was love marriage... We love each other a lot. I am somewhat a pretty lady Alhamdullilah. We are quite practical Muslims. We have two kids aged 16.5 & 13.5 years... There is no problem or worry in my life but I spend a sexless life... My husband doesn't take interest in mating. He kisses me only on cheeks, neck or hand... When I insist for intercourse he refuses, saying “in the morning we have to do exercise, should I do exercise at night too. In life there is no such thing as sex, it’s only a human defect”… He never touches under my belly button, he doesn't know when I am menstruating, neither like to kiss my lips nor allow me to kiss him... While he discharged by touching me outside and being relaxed... Sometime I feel that he takes me in a river with care and affection and suddenly leaves me in the middle of the path, he crosses the river but I struggle throughout the night and finally reach back with tears... Whenever I discussed the issue he gives me his cold shoulder... There are lot of things I want to discuss with you but I do it when I get some response from you... I never told this to anyone except my Allah.

First of all, I’d like to commend you for being discreet and not telling anyone, especially your close relatives, about this private marital problem regarding sexual intimacy with your husband.

Allah is testing you through this trial, and you’ll have to continue to be patient and steadfast in facing a complete lack of satisfaction of your sexual desires on a long-term basis.

However, there is light at the end of every tunnel.

I think you might have already instinctively realized yourself, that the excuses given by your husband to avoid sexual intercourse with you, are nothing more than just that: flimsy excuses that he is using to mask a graver problem.

That is the reason why you are crying about this, and so distressed. Because he is acting as if there is no problem at all, whereas the need to be touched lovingly, and to have satisfying sex, is a perfectly normal desire in you as his wife.

From what I have gleaned from your message, and I could of course be wrong because a decisive diagnosis can only be given by an expert physician after an actual physical check-up, is that your husband suffers from premature ejaculation and some level of impotence i.e. lack of sexual strength, or the inability to have, and sustain, an erection.

His statement “in the morning we have to do exercise, should I do exercise at night too” gives away the fact that he thinks that sexual intercourse is a rigorous exercise, that is clearly too taxing (physically) for him to want to engage in it.

All of this information might be surprising for you, especially if you have limited knowledge about the differences in the male and female physiologies regarding sexual intercourse.

Men need to have physical (erectile) strength in order to satisfy a woman sexually, but women do not. Here and here are two ahadith that corroborate this fact.

The reason I am being so explicit is to enlighten you about what your husband is going through.

Not just has his manhood (erectile function) become weaker physically i.e. he is obviously no longer able to sustain an erection long enough, but his male ego is also getting a blow because of this, which is obvious from the fact that he is unable to truthfully admit to you that there is any problem with him at all.

The fact is that there is a big problem, because of which you are not getting your basic right, viz. of sexual satisfaction through intercourse, which is one of your basic rights through marriage in Islam. 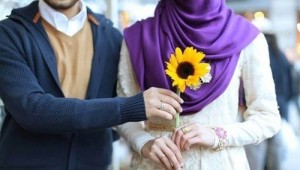 I have an idea how a senior army officer would feel if he was physically not strong enough anymore to satisfy his wife. However, you are lucky that you and he are still loving and caring towards each other, and that there is no hatred or animosity between you, masha’Allah.

The Effects of Sihr or Witchcraft

Now that you know what the problem is, we can discuss the cure according to Islam.Allah has described sihr, or witchcraft, in the Quran as something that causes discord between a husband and wife. This discord or separation can happen in two ways:

– The husband and/or wife begins to hate or feel repulsed by their spouse for no apparent reason, resulting in the presence of unwarranted anger, hatred and animosity in their heart for their spouse.

– While love might be present, as it is in your case, either a husband and/or his wife could physically be prevented from having sexual intercourse with their spouse e.g. due to a total lack of inclination, or because one spouse totally ignores the other sexually, or a disease/ailment in the genital area that prevents intercourse in the long term.

I think it is highly probable that, in your case, sihr might be the cause behind your husband’s total lack of interest in sexual intimacy.

Thankfully, the Islamic cure prescribed for sihr is easy to do. Please go through this link for further guidance.

The Cure: Ruqyah and Dua

Ruqyah is a practice proven by the sunnah of the Prophet (peace be upon him), which involves reciting certain prescribed ayaat and surah’s of the Quran and blowing them on to the patient i.e. on the skin of the one who is affected by sihr, which in your case seems to be your husband. The above links give details about what to recite on the patient, and how.

Ruqyah can also be done by blowing the ayaat of the Quran over water and giving this water to the victim of sihr to drink. This remedy should be carried out long-term, i.e. over a period of time, until Allah brings about cure through it.

Patience must be practiced until that happens, because the greater the disease, the stronger the dose of medicine needed to remove it completely. And Allah is the sole source of all benefit.

Besides ruqyah, you can also gently suggest to your husband that you and he should visit a specialist/doctor to get his checkup done.

However, since all your attempts in the past to talk about this problem with your husband have resulted in a cold shoulder or denial from him, I am quite sure he will not agree to go and see a doctor. He might even get offended by the suggestion, because of a blow to his ego/self-respect as the one “wearing the pants” in your marital relationship.

If he refuses to go see a doctor and/or use medicine to cure his weakness, do not despair, and continue to do ruqyah on him through the water that he drinks.

Sister, since you are from Pakistan, I want to urge you at this point to completely avoid going to any charlatans or witch doctors, such as “aamils”, faqeer’s, buzurg’s, pir’s, or to visit the graves of any dead saints, to have your distress removed. Also, completely avoid acquiring any kind of amulet to remove this calamity.

Please refrain from partaking in any kind of shirk, such as what I’ve mentioned above, no matter how hard you are tested by Allah. At the very most, you can have ruqyahperformed by someone who is known to be righteous and Allah-fearing, but avoid going to those who do this as a profession or who partake in any kind of shirk while doing so.

Never give up hope in Allah’s mercy and relief, sister. Keep praying and making sinceredua only to Allah to remove this trial from your marital life, and to make ease for you.

Every marriage is put to a test, and your special test is this one. Allah wants to see how each one of us acts during our tests, i.e. whether we continue to obey His commands, or do we start doing as we please.

You are not getting one of your basic rights in this marriage, and yet Allah has commanded you to obey your husband, to please him, and to give him all his rights — that is the test for you. 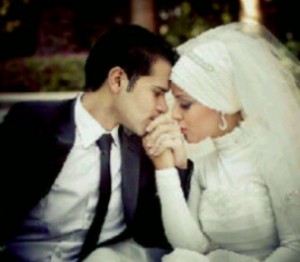 Continue to perform ruqyah on your husband, either with or without his knowledge, and to pray to Allah for relief and cure.

Obey all the obligatory commands of Islam, stay away from its prohibitions, repent for your sins by doing istighfar, give regular charity, and seek Allah’s help during the last part of the night through extra nafl prayers until you are granted relief and cure.

Insha’Allah, I am hopeful that eventually Allah will remove this trial from your life and grant you all His blessings.