aaa
Q As-salamu Alaykum. I want to ask in what way Islam affects our lives, especially when it is said that Islam is a religion of nature?

Islam’s effect on our lives is a very wide issue; we will try to highlight how Islam affects, directs, and forms our lives.

Islam a Religion of Nature

By nature Man is not to hurt others but to be kind to others; otherwise hatred will prevail and life will be distorted. We find Prophet Muhammad (peace be upon him) directs us to this behavior.

Abu Musa Al-Ash`ari (may Allah be pleased with him) narrated: I asked Allah’s Messenger (peace be upon him) which [believer] in Islam is more excellent. Upon this he remarked, “One from whose tongue and hand Muslims are safe” (Muslim).

There are many hadiths of the Prophet that call on the Muslims to perform charity and to be good and kind to the poor and to everyone, and we find this concern for the poor to be innate in Muslims’ hearts and souls. One of these hadiths is this:

“There is a (compulsory) sadaqah (charity) to be given for every joint of the human body (as a sign of gratitude to Allah) everyday the sun rises.

Abu Musa reported: The Messenger of Allah (may peace be upon him) said:

“Giving charity is obligatory upon each Muslim.” It was asked, “What do you say of him who does not find (the means) to do so?” He said, “Let him do manual work, thus doing benefit to himself and give charity.” It was asked, “What about one who does not have (the means) to do so?” He said, “Then let him assist the needy, the aggrieved.”

It was asked, “What do you say of one who cannot even do this?” He said, “Then he should enjoin what is reputable or what is good.” He was asked, “What if he cannot do that?” He (the Prophet) said, “He should then abstain from evil, for verily that is charity on his behalf” (Muslim).

Another hadith, narrated by `Abdullah ibn `Amr (may Allah be pleased with him), shows the importance of having compassion for poor people.

When the Prophet (peace be upon him) was asked which merit is superior in Islam, he replied, “That you provide food and extend greetings to one whom you know and whom you do not know” (Muslim). 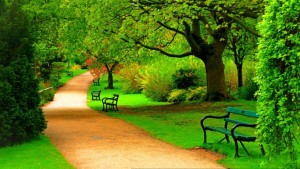 {Say: “If ye do love Allah, follow me: Allah will love you and forgive you your sins; for Allah is Oft-Forgiving, Most Merciful.” Say: “Obey Allah and His Messenger,” but if they turn back, Allah loveth not those who reject faith} (Aal-Imran 3:31-32).

Islam draws a framework for Muslims, whereby all can act freely as long as they are within this framework; if they go astray, they will have to repent and go back to Islam’s true path or else they will get punished. Let’s ask ourselves why God has created us. The reply comes from the Quran when it says what means:

Thus all Muslims’ lives are for achieving this end result—to worship God, which includes studying, working, marrying, having children, interacting with others, and so on.

Muslims have to study hard, as they are ordered to increase their knowledge. The Quran says what means:

Muslims also have to work hard and not cheat. The Quran says what means:

{Allah doth command you to render back your Trusts to those to whom they are due…} (An-Nisaa 4:58).

While choosing a wife, a Muslim is directed to choose a woman for her piety and not to choose her for wealth or ancestry. In raising children, Muslims are ordered to teach them part of Quran and to do good for them.

In interacting with others, Muslims are directed to be fair, not to cheat, and to be kind and forgiving.

If all people have to work to live, have to marry to have social life, and have to study to get higher posts and to be knowledgeable, Muslims can do all these things and have thawab (reward) by having the intention to please Allah by these actions.

Umar ibn Al-Khattab (may Allah be pleased with him) reported that the Messenger of Allah (peace be upon him) said: 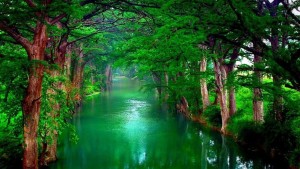 If we let ourselves to our instincts, chaos will take place; we will find all kinds of offenses taking place between human beings; all will strive to achieve their welfare regardless of hurting or wronging others.

Thus, we find atheist communities tailor earthly rules to preserve peace and make regulations to judge between people. God has given us these rules summed up in Islam: it is not only a book to read or rituals to perform, but answers to all your questions, a religion of life.

I hope this helps to show how Islam forms our lives and how all our actions emerge from the teachings of Islam.

Is Islam the True Religion? Prove It!

Is Islam a Religion, Culture, Nationality or Ethnicity?