aaa
Q I was wondering about the issue of hijab. Most Islamic scholars say that the hijab is obligatory, however a few don't. I teach at a Sunday school. A few students quote these scholars who say that the hijab is only recommended but not obligatory. How should a Muslim respond when a student quotes these scholars? To make things more difficult, those scholars were born and raised and even studied Islam in Muslim countries! So how should a teacher respond? Some teachers just dismiss them but from my experience, because of the facts stated above, just dismissing them damages the teachers credibility and the students lose respect for us — teachers — and are less likely to listen on other issues. So how do I respond when a student brings an unorthodox argument from these scholars who are in fact very well-known and popular?

Unfortunately, the issue of hijab is raised every now and then, not only in non-Muslim countries but also in some Muslim countries. Those who reject the hijab as being obligatory on Muslim women, consider it part of the culture that has nothing to do with religion, though it is part and parcel of the religion and constitutes the dress code ordained by Islam on Muslim women.

In your question, you referred to some names who reject the hijab. It is very strange that some of those who reject hijab, especially in Muslim countries, do not have a religious background.

They discuss this issue as part of modernity and say that modernity does not support hijab as, according to them, it is a hindrance to the integration of women in their societies.

What Makes a Scholar?

There is an important note we have to make here, in order to understand Islamic scholarship and how Islamic Law is derived. Muslims derive the rules of Shari`ah (Islamic Law) from the Quran, the Sunnah, qiyas (analogical deduction), and ijma` (consensus) of scholars.

After these main sources comes ijtihad (personal reasoning) of Muslim scholars. Scholars must meet certain conditions in order to validate their ijtihad. Scholars who exercise ijtihad must have knowledge of the Quran, Sunnah, consensus of scholars, and analogical deduction.

They must also have knowledge of the science of the abrogating verses of the Quran and the abrogated ones. They should also possess a natural skill and a sharp intellect to exercise ijtihad and analyze the deducted rules.

Another important point that should be made clear is that Muslim scholars who exercise ijtihad do not differ as to the basic principles of the Shari`ah. We have not heard of a qualified scholar who said the Five Prayers are not obligatory or even that the Fajr Prayer, for example, is three rak`ahs and not two.

They differ only as to detailed issues. Throughout all of the Muslim history, we have not heard of any qualified scholar who criticized hijab and tried to cast doubts on it being an obligation on Muslim women.

The issue of hijab has been decided and made clear more than 1400 years ago, first by the Quran, then by the Sunnah, and furthermore by the consensus of Muslim scholars.

In the glorious Quran, we read what means:

{O Prophet! Tell thy wives and thy daughters and the women of the believers to draw their cloaks close round them (when they go abroad). That will be better, so that they may be recognized and not annoyed. Allah is ever Forgiving, Merciful.} (Al-Ahzab 33:59) 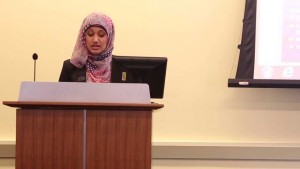 In another verse, we also read what means:

{And tell the believing women to lower their gaze and be modest, and to display of their adornment only that which is apparent, and to draw their veils over their bosoms.} (An-Nur 24:31)

According to this verse, a woman’s dress must cover her entire body with the exception of “that which is apparent” which, according to the most agreed-upon interpretation, refers to the face and hands.

The word khimar in the verse quoted above means “women’s head covering”. The “bosoms” refer to any opening in the clothes that may show any part of the body. Thus, Muslim women are commanded to cover their heads and to draw this headcover until it covers any other openings in their clothes.

Hijab in the Traditions of the Prophet

In addition to the Quranic commandment, we also read in the traditions of the Prophet (peace and blessings be upon him) that he once said to Asma’, daughter of Abu Bakr (may Allah be pleased with them):

“O Asma’! Once a girl reaches puberty, nothing of her body may be seen by men who are not immediate family members except this and these (he pointed to his face and hands while saying so).” (Abu Dawud)

The Prophet’s wives were the first to apply the command to draw veils over their bosoms. Also, the wives of the Prophet’s Companions applied the same commandment.

As we mentioned before, all qualified Muslim scholars throughout Islamic history agree on the obligation of hijab and that it is not a religious symbol to differentiate between Muslim and non-Muslim women, rather it is a dress code ordained by Islam on Muslim women. The command in the verse is considered as an obligation, and not a recommendation.

It is clear from both Prophetic traditions and historical precedence that the obligation for Muslim women to wear the hijab cannot be taken as merely an interpretation given by Muslim scholars on the above verses. It is a clear-cut commandment from Allah the Almighty.

However, it is true that Muslim scholars differed as to whether niqab (face veil) is obligatory or not. The majority are of the opinion that Muslim women are allowed to uncover their faces and hands. Again, as we mentioned earlier, scholars never argue over the basics of Islam, but only differ about details and side issues. 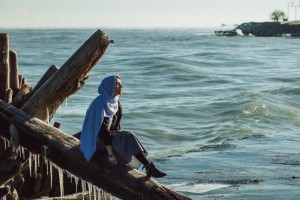 Try to open a dialogue with your students and make things clear to them. Teach them the etiquette of difference in Islam. Teach them that scholars differ only on very detailed issues. They cannot differ on major and essential issues like hijab.

Let them know that those who criticize the hijab do not represent the majority of Muslim scholars. They are only expressing their own views which are baseless in the face of the mainstream Muslim views based on the Quran, the Sunnah, and the consensus of the Ummah.

Balance between Fashion and Hijab

How Important Is the Hijab?

New Muslim: Can I Wear Hijab Sometimes, Not Full-Time?