aaa
Q As a new Muslim, I have seen a lot of effort made by Muslims in my community to support non-Muslims who are interested in learning more about Islam. However, after taking Shahadah, I have seen less attention for supporting new Muslims, including myself, in the transition phase to the full practice of Islam during the first year, bearing in mind that this transition is not easy and needs a lot of adaptation. My questions are: Do new Muslims have specific rights in Islam which the Muslim community is obliged to fulfill? Or is this an area left to individuals to deal with, each one according to his/her capacity? And what is the responsibility of the Imam of our local mosque in this matter?

We would like to welcome you to the fold of Islam, the religion which you think is the right way to follow.

We ask Allah the Almighty to help you remain steadfast in following the teachings of Islam.

Every day we hear about people who embrace Islam, but after a few weeks, we lose them.

So what kind of support system should Muslims provide in order not to lose such people?

If a new Muslim is reading the Quran and has a problem in understanding a certain verse, he can pick up the phone, write an email or go to the mosque to ask about this specific verse, and there he should find someone who will explain and clarify such questions.

As soon as they take the Shahadah, new Muslims should get a welcome package to welcome them to their new Muslim families.

The package can include a translation of the Quran in different languages and the biography of the Prophet (peace be upon him); the two basic sources of Islam.

What is needed from new Muslims in the very beginning is to believe in God’s Oneness, in the unity of His message, and in the Hereafter. Detailed matters will come later.

Another issue related to new Muslims is the obligations that they should abide by.

There is a rule in Islamic fiqh that should be applied to new Muslims, the rule of gradual legislation.

By this, I mean that a new female Muslim cannot be asked to wear the hijab from day one, and if she does not wear it, her conversion is not accepted by God.

If this is the approach, then be sure that on the second day she will take off the hijab and abandon Islam.

The Prophet’s (peace be upon him) approach with new Muslims was to give them good tidings that their past sins will be forgiven once they accept Islam.

He also encouraged them to do the good things they used 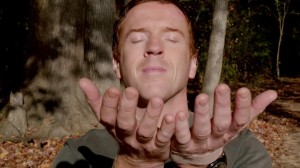 to do before Islam. Hakeem ibn Hizam narrated that: I said to Allah’s Messenger:

“Before embracing Islam I used to do good deeds like giving in charity, slave-manumitting, and keeping good relations with Kith and kin. Shall I be rewarded for those deeds?” The Prophet replied, “You became Muslim with all those good deeds (without losing their reward).” (Al-Bukhari)

Therefore, the general principle is to do da`wah with those interested in Islam on the basis of the Prophet’s guidelines.

“Facilitate things to people (concerning religious matters), and do not make it hard for them and give them good tidings and do not make them run away (from Islam). (Al-Bukhari)

When it comes to gradual legislation, we are told that when the tribe of Thaqif expressed their interest in Islam, they told the Prophet that they will not give in charity and will not participate in Jihad.

Do you imagine the Prophet’s reaction to this request?

The Prophet accepted this condition and said:

“They will give in charity and participate in Jihad when they convert to Islam.” (Abu Dawud)

Can’t Learn It All At Once

Ibn Taymiyah, a leading Muslim scholar, views that a new Muslim cannot learn all the teachings of Islam at once.

One of the rights of new Muslims is to organize a special program for them.

The program should focus on teaching them the basics of Islam, i.e. how to make ablution, how to offer the five daily prayers, etc.

New Muslims should be taught how to read the Quran in Arabic, however, this is not a must.

By frequenting the mosque, they will learn a few words from the imam and their fellow Muslims.

During the month of Ramadan and on the occasion of Hajj (pilgrimage), new Muslims can learn a lot about how to increase their spirituality through such a program.

Special sessions should be held to teach new Muslims how to deal with their parents and how to maintain their relations with them.

You have asked about individual efforts. Yes every individual Muslim, depending on his capacity, can do a lot for new Muslims. A person who has some knowledge of Arabic can teach a group of new Muslims.

A person who has some knowledge of the Quran can teach another group the basics of recitation. A Muslim family can host a new Muslim in their home for a short period to help him know more about Muslims’ lifestyle.

Role of the Imam

As for the role of the imam, in a non-Muslim context, he is the spiritual leader for Muslims.

He is the leader of prayers, the social consultant, the mufti, the one who concludes the marriage contract, etc.

He should get closer to new Muslims, listen to them, and offer them his advice whenever needed. The imam should be qualified enough in order to help converts in the right way.

If the imam comes from a different cultural background, he should integrate with his new community.

He should learn their language and culture. He should warn them against deviant groups who do their best to recruit new Muslims with little knowledge about Islam. 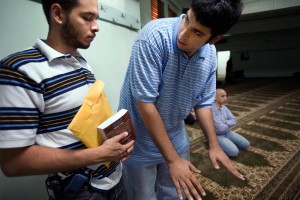 The imam should hold regular meetings with new Muslims to follow up with them.

He should also look for events that might gather new Muslims together to exchange ideas and learn from others’ experiences. Such events can provide better arrangements for educating the attendees on different aspects of Islam.

The imam should make the mosque a second home for converts. What do I mean?

I mean converts should feel at home in the mosque. Here I borrow an expression from a Muslim brother who suggests there should be a new Muslim-friendly mosque, a mosque whose main concern is the affairs of worshipers.

New Muslims should feel welcomed at mosques. They should not be met with harsh or intolerant treatment.

New Muslims – All You Need in Your New Life

Your New World: Steps After Shahadah

6 Simple Tips to Boost Your Faith After Shahadah

How to Make Our Masajid Welcoming for New Muslims?