aaa
Q Salam Alekum, Allah does know best, but I can not see the purpose of going to Mecca. It seems better in a way to meditate in a cave or do something for charity. I do plan to go someday, but likely when I am much older. I can explain all other attributes of Islam, but for this one. Can you please help? Jazaka Allah khayra and salam.

Short Answer: Hajj is a very special spiritual journey to fulfill once in your lifetime. If you plan to go, do not postpone it till you are much older. Hajj is physically hectic and in order to enjoy its lovely spiritual experience, you would do better with a strong body.

Thank you for your question and I hope my answer will explain things to you.

No Contradiction Between Hajj and Meditation

Your interest in meditating in solitude in a cave or donating charity would never really contradict with going for Hajj (pilgrimage) once in your lifetime.

Prophet Muhammad (peace be upon him) used to isolate himself in a cave to contemplate and think before receiving the message of our Creator.

Yet he never obliged us to do the exact same thing. It is kind of optional, as long as you do not take it (monasticism) as a lifelong process.

Actually, there is the sunnah of i`tikaf (spiritual retreat in the mosque), which Prophet Muhammad (peace be upon him) used to practice after he received the message.

In i`tikaf , you isolate yourself during the last days and nights of Ramadan inside the mosque and devote this time to worship, reading of the Quran, prayers and contemplation.

Such an experience is needed each year for Muslims to evaluate themselves, their deeds and their coming plans to serve God and mankind.

Actually, a Muslim can experience different levels of such experience anywhere, anytime of the year.

What is important here is to come out of such a spiritual experience being of more use to yourself, your cause, and the whole world.

Islam is completely against a life-long spiritual retreat because each person created by God is needed to affect society and offer it tangible services.

Also, the sunnah of Prophet Muhammad (peace be upon him) is to develop a comprehensive character that, along with targeting such spiritual experiences of soul purification and spiritual elevation, is to enjoy lawful existence of marriage, family, and social life.

As for offering charity and committing oneself to charity work, this should be part and parcel of our daily life as practicing Muslims.

Again and again in his ahadith (authenticated sayings) Prophet Muhammad has directed us to practice charity in its different forms, not only through feeding the poor, but also if it was just a simple smile.

On the other hand, the Quran never stops from stating how highly charity is regarded. The Quran is always speaking of those who do good deeds and how they are highly regarded and will be highly rewarded by Allah.

Zakah, which is one of the five pillars of Islam is in itself a simple form of charity. That is to give to the poor and the needy 2.5% of your annual saved wealth. This is the simple obligated portion and the rest is left to you in the form of open charity.

Hajj is a Pillar of Islam, Too

As for Hajj and going to Makkah, it is also a major Islamic pillar from the essential five. It never contradicts with the above mentioned, but it adds to them and they add to it. 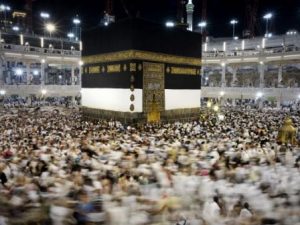 Hajj is a very special spiritual journey that you are obliged to fulfill once in your lifetime.

As an outcome of the lovely spiritual joy you would enjoy on that trip, you find many Muslims strive to repeat it every now and then.

Yet, make sure to know that it is obligated only once in your lifetime and only for those who are capable financially and physically.

It is obligated only for the ones who can go.

Hajj is a sign of so many important points for a Muslim.

First, it symbolizes the unity of the Muslim nation in belief of the Oneness of Allah, our Great Provider and Creator.

It goes like this: One God, one nation, one qiblah (direction of Prayers), one place and one time to gather the nation to express unity and peaceful submission to the One and Only Creator.

During Hajj, you strive to please Allah through submitting to the ritual He has obliged for the pilgrim.

Dressed in pilgrim white, men stand shoulder to shoulder in equality in front of God. White as a sign of purity and cloth that has not been stitched or sewn as a sign of equality and materialistic denial.

Women are exempted from this point, because they need to dress modestly and cover according to Islamic dress codes. But men dress in cloth that has not been stitched or sewn in declaration of their partition with their materialistic life in devotion to God for this short while.

King or Queen, rich or poor, white or black, American, Egyptian, Saudi or European; if you are a Muslim, you are to circumambulate the Kaabah in the crowd praying for God’s love and mercy, and to stand on the Mount of Arafat, on the same day, in the same time seeking His forgiveness.

If you are one of the above and you apply the mentioned sincerely, you come down from the Mount stand forgiven and sinless like a new-born baby.

Makkah is where the revelation of God’s last message was revealed. It is where Prophet Muhammad (peace be upon him) was born, lived and gave the message. It is where the first years of monotheism fought polytheism and survived till it spread.

Makkah is an objective, simple, virgin spot that nullifies man-made cultures to a great extent. There, everything reminds you of God, His cause, and how Prophet Muhammad (peace be upon him) stood for his role and survived all the pain caused throughout his path.

Again, specifying Makkah is to glorify Allah and His message. If it were left to us, Egyptian Muslims might think of Al-Azhar Mosque as an alternative and Palestinian Muslims would go to Al-Aqsa Mosque.

American Muslims would build their own great mosque and the Brits would do the same. Iranians would go to one of their own, and the people of Turkey would have plenty of choices, as their country is abundant with lovely mosques.

The wisdom here, in addition to submission to God’s word, is unity of Muslims and their gathering in one place.

Hajj is an annual conference where Muslims from all over the globe gather and get to meet one another. Scholars meet to discuss matters of the Muslim nation and normal practicing Muslims enjoy brotherhood and equality when they meet.

If you were French and see a Muslim from Singapore practicing your same rituals, you would feel this sense of brotherhood and equality.

You would realize that the bond between Muslims is much stronger than any other bond in the world.

It is more blessed and much stronger than family bonds, unions of nationalism, or passions of love. 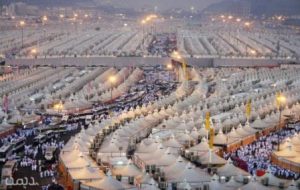 One last tip: if you plan to go, do not postpone it till you are much older as in your question.

Hajj is physically hectic and in order to enjoy its lovely spiritual experience, you would do better with a strong body.

And why postpone it in the first place? Are you sure you will live till you are much older? None of us know if he or she will survive until tomorrow morning.

Seize your chance if it is possible for you now and move towards your lifetime lovely, spiritual journey. Do not miss out your chance.

A Lesson of Brotherhood from a Muslim Man’s Hajj Diary

What’s The Hajj About Anyway?