aaa
Q Salam brother/sister: I have a Muslim friend who lives in England. He has a bad past with girls. He committed fornication several times. He repented and want to change himself. You know how hard it is to be a good Muslim in a non-Muslim country! I really want to help him and change him, how? With my best regards and thanks.

The concern you have for your Muslim brother is good. Wishing well for him is something to be commended and, God willing, Allah Almighty will reward your concern. There are a number of things which you say in your question, which give a hint to the answer.

First of all, you are quite right that it is difficult to be a good Muslim, whether it is in a Muslim country or in a country where Muslims are in the minority. Islam calls us to perfection, because Islam itself is perfect. A Muslim is one who submits everything to Allah.

Indeed, the Arabic word “Islam” comes from another root word which means both “submission” and “peace.” In submitting to Allah, then, Muslims find the peace in their lives which their hearts long for.

Unfortunately, it is sometimes much easier to settle for second best in life. Giving in to temptation, mixing with the wrong sort of people, missing prayers are all so much easier than striving to do as Allah wants, even though we know that what Allah wants is truly best for us.

Sometimes, those who have been brought up as Muslim have never really had explained to them why they do the things they do. They were taught to pray and fast during Ramadan, but maybe no one ever really explained why we do this.

When we get to a certain age, we stop doing those things we have been brought up to do, because they have no impact on our lives and we see no point in continuing.

Indeed, I am quite sure that there are many Muslims in the world today who have never really tasted the beauty and the sweetness of Islam. All they know of Islam is a set of rules and regulations.

Where your friend fits into all of this, I do not know, since I do not know him. What he has or has not done in the past is between him and Allah alone. We are most certainly not the ones to judge anyone, since we have all made so many mistakes of our own in the past.

There is one thing for sure, though: the past is past. There is nothing we can do to change it, no matter how much we may want to.

Instead of letting the past cripple us, we need to let go of it. This is where your friend fits in. You ask how you can “help and change him.” Well, you cannot change anyone. Nor should you even try. Helping your brother is another matter.

There are two points to consider here. First, if your friend wants to change, then there are ways he can begin to do this. Second, there are ways you can help, without interfering in his life.

If he does not want to change, there is not much can be done, except to be patient and to pray constantly for his good, but in your question, you suggest that he does want to change, alhamdulillah (praise be to Allah).

Your friend needs to realize that the past is gone. No amount of guilt will make it different. If our brother is sincere in wanting to amend his life and be a better person, a better Muslim, he needs to admit this to himself. He needs to admit his wrong and then place himself in the hands of Allah Almighty, begging forgiveness.

Our Prophet (peace be upon him) tells us that there are many doors in Paradise which open and close, but there is one door which is always open: the door of repentance. Allah is always waiting for us to come back to Him.

Remember, Allah is Oft-Forgiving and Most-Merciful. He is also the Just Judge, and your friend will earn the anger of Allah if he does not change his ways.

Our beloved Prophet has told us that Allah descends to the lowest of the seven heavens before the last third of every night and says:

Our brother, then, has no need to fear that Allah will not listen to him.

After this, he needs to work hard himself. Although there is nothing he can do to change the past, the future is different. He can help to shape his own future. He needs, perhaps, to change some of the friends he has previously been associating with.

He might also need to stop visiting some of the places where temptation was put in his way, replacing this with other things, like sports or other hobbies. The kind of programs he is watching on TV, or the sort of sites he is visiting on the computer all need to be reviewed. If we are feeding our bodies with the wrong sort of diet, our bodies will get out of control.

He needs, for sure, to return to faithfulness, to the five daily Prayers. If he is serious in wanting to be a better Muslim, Allah will give him the means to succeed.

By taking up recitation of the Quran he will be putting his life on a surer footing. Someone once told me that we become good by doing good things. I think this is a very wise saying. It also shows the wisdom of Islam itself. By doing the things that Muslims do, we become better Muslims, better people, more able to help others.

Your friend also needs to think of others. Often, when we put ourselves out and at the disposal of others, we become less selfish and concentrated on ourselves and our own desires. Helping others is a good way of helping ourselves. 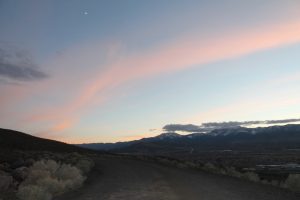 As for your own role in all this, it is very simple. You should be a good role model, and you should pray earnestly that your brother and friend becomes better. It is not your concern to dwell on his past or to ask questions about it. That can turn into nosiness, not help.

Instead, set him a good example. If he sees that you pray and seek his good, he will be grateful for that. If all you offer is talk, he won’t be too impressed.

Islam offers us all we need to become good people. Islam, in fact, answers the deepest needs of our hearts. God willing, your friend and brother will return to the practice of Islam anew and he will find great happiness once more.

May Allah reward you for your concern.