aaa
Q Assalamo Alaikom dear scholars. A friend of mine is interested in converting to Islam. So, she made many researches on Islam, as well as speaking to many people about it. However, one subject is worrying her greatly and that is she thinks Islam degrades women due to the following reasons: A man can marry up to 4 wives while a woman can marry only one man, a man's share of inheritance is bigger than a woman's, a man can marry a non-Muslim, a woman cannot and finally women must wear the veil. Can you please help me answer her worries? Thanks.

Thank you for your question and for your concern about your friend.

Let me tell you that your friend has started her journey to Islam. To where this journey will take her depends on the way the teachings of Islam are presented to her. Questioning and inquiring are good supplies along her journey. Because she is a woman, she is worried about women issues in Islam. Let me answer her queries one by one.

Women Marrying No More Than One Man

Marrying multiple wives (polygyny) is not an Islamic invention, i.e. it was not within the package of teachings that Islam came with. It was widely spread in Arabia before the advent of Islam. It was even practiced in non-Christian communities.

We have to understand the context of the polygyny verse in the Quran. We read what means:

Many Muslims were killed in different battles that were waged to plant the seed of Islam. They left behind their children and wives. Therefore, it was necessary to take care of the orphaned children. Because men may not be able to do so, they were allowed to marry the orphans’ mothers. This is one example of the cases when polygyny was resorted to.

Within the marriage life in Islam, the wife is ordered to obey her husband. If it happens that a woman marries more than one man and everyone gives her an order, which order should she obey? If the wife, who is married to more than one, gives birth to a child, to whom should the child be attributed? That is why a woman can not marry more than one husband. That is why Muslim women are not allowed to practice polyandry.

When it comes to inheritance, there is a reference to the case in which women get less than men. In fact, there are other three major cases in which women get either as much as men or more than men or women inherit and men do not inherit.

If the woman does not have relative to take care of her, the whole Muslim society shoulders the financial responsibility to look after her. If we give women the same share of men, this would be unfair to the man. 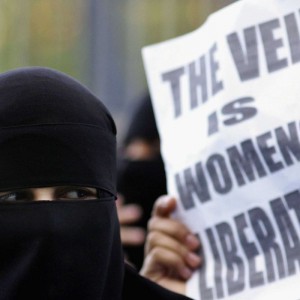 When Islam permits a Muslim man to marry a Christian or a Jewish woman, it knows for sure that he will mange the needs of his non-Muslim wife. Islam ordains that the husband must allow the wife to practice her religion freely if she does not wish to convert to Islam.

This is not the case when the Muslim woman gets married to a non-Muslim man because he will not take care of his Muslim wife. She will have to give-up her religion or not practice many important aspects of Islam such as hijab and the Islamic prayer.

Why Muslim Women Wear the Hijab?

What is common among them? They are all wearing hijab. The question is: why we focus on the picture of the Muslim woman? The answer is because of the stereotype about Muslim women. In fact, Muslim women are not an exception when it comes to the issue of hijab.

Muslim women wear the hijab first and foremost to obey Allah’s command. We read in the Quran what means:

In Islamic culture, hijab, as a dress code, is a sign of respect for Muslim women like women of other faith communities such as Christianity and Judaism. Therefore, Muslim women are very keen to practice this tradition.

I think you can help your friend a lot by being a good example of the true Muslim. Please do not let her down when she seeks your assistance.

I hope this answers your question. We look forward to receiving more queries form your friend.