aaa
Q Hi friends! I used to read your site often, sometimes I understand and agree with your explanations but sometimes it seems more as fairy tails. İ live in a country with mostly a Muslim population, and I started having really bad opinion about people around me. İ know that every country has good and bad sides, but here everything seems as big acting to me. They are all big Muslims, big believers outside, friendly, polite, you really start feeling Islam is something good, it makes people better persons but when you know them better, when you become part of that life style, you realize the picture is not so white. My first entry in the mosque was choking, women are praying in boxes like animals and the whole mosque is for men. Then Muslims ask why other people say Islam is not good toward women. What can tourists think when they have first touch with mosque? Not all people read Quran neither they have excellent knowledge about Islam, those little things (for someone) giving them first thoughts about Islam. The other thing, my wife is Muslim, and I'm not such monster, I don't have anything against her practicing her religion which she likes, you always speak unbelievers limit believing of Muslim women, which I believe it's the opposite, Muslims are those who can't accept anything from outside, I saw with my own eyes, all women are forced in mixed marriages to accept Islam. Yes forced, for children, for marriage, for peace in the house. And I really wonder when will you stop speaking fairy tails. Maybe I'm too direct, but I don't know the other way to tell it, but I really don't want to be rude. This country is secular, but Islam is also important. One thing was also very interesting to me, most of those religious people are uneducated; they marry close cousins; they are close-minded. Why? İf Islam encourage knowledge? İ don't imagine this, its statistics report from this country which says so. What's the problem then? When you try to explain to foreigners about Islam you always say it encourages knowledge, it's for all times, but in reality, why is different? Why don't you work with believers and make them believe that education is important?

First of all, we need to understand that in the case of any religion there apparently exists in the real world a wide gap between precept and practice. For that reason, we cannot evaluate the veracity or the value of a religion from the perceived practices or life style of some of its professed or seeming adherents.

Therefore it is only natural for you to acknowledge that ‘Islam is something good, it makes people better persons’, and at the same time say that ‘when you know them (Muslims) better, when you become part of that life style, you realize the picture is not so white.’ This indeed is the deplorable difference between the ideal and the actual, something all the prophets and teachers of all times have lamented.

Your complaint that the Muslims you have met in Turkey are ‘all big Muslims, big believers outside, friendly and polite’ but in reality are not good enough. Our contention is that this is true of most believers in any religion or in any country for that matter. This has got something to do with human nature itself and the influence of Evil (Satan) on ordinary humans.

You have commented that sometimes the explanations or answers we have provided in our website are nothing more than ‘fairy tales’. Indeed we always take care to substantiate all our explanations and answers with necessary evidences from the sources of Islam, namely the Quran and the Hadith, as well as from real life experiences. So to dismiss them as mere fairy tales betrays, we are sorry to say, somewhat of prejudice on your part.

Men and Women in the Mosque

It is true that in a mosque they are separated from men during prayer. And any sensible person can see why mingling between men and women can be a distraction while in prayer, where the complete attention of the worshiper should be directed towards God. Separation between men and women is not discrimination against women; from another point of view, one can claim that it is discrimination against men too.

Islam insists on a healthy relationship between men and women, chiefly to uphold the dignity of women in particular. It also aims at the protection of morality and the safeguarding of the institution of the family, which is the very foundation of a stable and peaceful society conducive to the nurturing and development of the future generation.

Some people criticize Islam for separating men and women in mosques, while keeping significantly silent on the Christian practice of denying a section of their womenfolk their basic instinct for legitimate sexual life or their desire for bearing and nurturing children or their natural yearning for the peace and happiness of family life, by relegating them to an enforced celibacy in a nunnery.

You ask what tourists think of a mosque where women pray separately, as though the very purpose of a mosque were to entertain tourists! 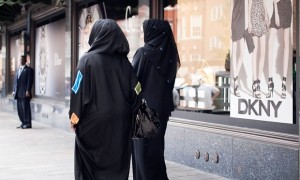 You have said: ‘My wife is Muslim, and I’m not such a monster’! One wonders how you, who are not a monster, could choose to marry a monster indeed!

You write: ‘Muslims can’t accept anything from outside. I see that all women are forced in mixed marriages to accept Islam. Yes forced, for children, for marriage, for peace in the house.’

It is true that Islam discourages mixed marriages, for obvious reasons. It is not true to claim that Islam forces anyone, let alone women, to become a Muslim. Neither is it true that Islam can’t accept anything from outside. The whole history of Islam from its very inception shows that Islam is comprehensive and it has a very wide base.

You know that the very basis of Islam is the belief that God is one; and so the whole of humanity is one. It accepts all the prophets of all the religions worth the name. The Prophet has taught his companions to go even to China seeking knowledge. If Muslims are not allowed to accept anything from outside their borders, what purpose is served by the knowledge from China?

Western historians have acknowledged that the very Age of Enlightenment in Europe owed a great deal to Islam and Muslims. And yet no Muslim Imam or Khalifah ever tortured any scientist as Galileo was at the hands of the Christian Church of Europe.

On the contrary, Islam was all for science. The whole edifice of modern experimental science stands on the principles Islam’s Holy Book the Quran has clearly outlined in its pages. The revelation of the Quran began with the command: ‘Read’.

If the people of a particular ‘Muslim’ country are educationally backward, the reason is not in Islam, as Islam’s Prophet Muhammad (peace be upon him) has clearly taught:

The following words of wisdom are often attributed to the Prophet (peace be upon him) but without scholarly authentication. We are still able to learn so much from such statements even if they were just a scholar’s opinion: 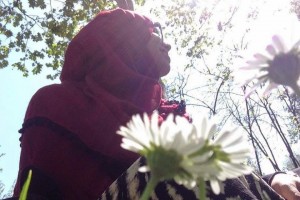 “Knowledge is our friend in the desert, our society in solitude, our companion when bereft of friends; it guides us to happiness and sustains us in misery; it is our ornament in the company of friends and serves as armor against enemies. With knowledge the servant of God rises to the height of goodness and to a noble position, associates with sovereigns in this world and attains to the perfection of happiness in the hereafter.”

Indeed only a very bigoted person would try to denigrate Islam even by alleging that it is against knowledge and education. And Allah knows best.

How Islam Captivated My Mind with its Logic

Is The Quran Written for Men?

Are Men Better Than Women in Islam?