aaa
Q I am reading an English translation of the Quran as part of my study of Islam, with a view to converting. Throughout the Book, there are numerous mentions of non-believers, many of which mentioning the punishments and pain and torture they will go through upon leaving this world. I was wondering if you could clarify exactly what is meant by non-believers. Are they people who once believed but no longer do? Are they people who believe in more than one God? Or are they people who have never known God and so do not believe? The reason I ask is out of concern for my non-Muslim family. I find the idea that they will all go to Hell despite being good people a little disturbing. Is there any way people in Hell can be allowed into Heaven?

Thank you for your interesting question and for your concern about the destiny of your non-Muslim family.

About to Convert, Concerned About My Family

Before I delve into the explanation of what is meant by the Quran when it speaks about non-believers. Let me discuss two points that I believe are very important for understanding the answer that will follow.

The first point relates to the destiny of non-believers in general.

Of course, Muslims believe that Allah is the All-Merciful. It is not His Will to punish His creation; rather, it is people who choose the destiny that He has allocated to all those who stray from His path and choose to lead a life of ungratefulness and disobedience.

Because Allah has endowed us with the ability to choose (i.e. free will), with intellect, with warnings and glad tidings, and with a full explanation of the course that pleases Him and draws us closer to His Heavens, He is giving each of us an opportunity to search for Him and find Him.

Being the final word Allah has revealed for humankind, the Quran serves this great divine purpose of acting as a continuous warning for those who do not believe in Allah and, in the meantime, gives glad tidings to those who dedicate their whole being to Him.

The Quran also serves perfectly as an exposition of the details of the course of life Almighty Allah loves for His servants to follow and apply.

When people reject this course, it means that it is they who choose their ultimate destination, against which they have been lengthily warned in the Quran.

The second point is relevant to your concern about your family’s destiny, something which I really appreciate and respect.

Islam teaches us that Muslims should be the best in goodness and in honoring their family because charity begins at home.

As a person who really wants to convert to Islam, you should also think about introducing Islam to your family and making them enjoy the blessing of knowing the way of Allah and His straight path.

Islam commands us that once we get a gift, we can express our enjoyment of it by sharing it with others, especially our beloved ones.

Therefore, guidance that is the gift of Allah should be shared with our families at first.

Besides, Muslims are people who own a sense of responsibility and should feel that they are really responsible for their families and want the best for them.

A Call to Paradise

Instead of thinking about the destiny of one’s non-Muslim family and being entrapped in thinking where they will end up. Muslims should always illuminate them about the true teachings of Allah, and to give them a chance to join them in Paradise.

True lovers give their beloved ones something that secures happiness for them in this world and in the afterlife.

As following the true path of Allah is the best gift that can secure real happiness in this world as well as in the next, people should care most for showing their beloved ones this fact.

An example of this is Prophet Muhammad who did his best throughout his life to guide his uncle Abu Talib to Islam.

Unfortunately, his efforts were in vain as his uncle, by his complete choice, did not accept.

Upon the demise of the uncle, the Prophet was saddened by the fact that his uncle passed away without discerning the true way that will save him in the hereafter.

Calming the Prophet down, Almighty Allah told him that it is his responsibility to show the way to everyone. Starting with his beloved ones, but in the end, what is destined is destined. People, by their free choice, end up where they decide to end up.

It is important to remember this and to also remember that ultimately, it is up to the All-Merciful God to decide the final destination for everyone.

Only God can judge because only He knows what is in our hearts.

Who is a Non-Believer?

Now, what is meant by the word “non-believer” in the Quranic context? Does it refer to those who have abandoned faith after they have enjoyed it?

Does it refer to those who worship more than one God?

Or to those atheists who reject belief in Allah altogether?

How about those who turn their backs to the true way of Allah. Even after it is introduced clearly to them?

And the people who follow paths other than Islam?

The simple answer is yes to all these questions. Since Islam, being the message of Allah sent with all prophets, is the divinely accepted path that people are to follow. That is in order to enjoy eternal bliss in Paradise.

However, those who have never heard about Islam. Or those to whom Islam is introduced totally distorted or devoid of its truth. There should be no blame on them and surely Allah, the Merciful, will show mercy to them.

Still, it is the responsibility of all those who have tasted the sweetness of faith to introduce this great gift to those who lack it.

As to what you mentioned about that your non-Muslim family members do good deeds. Let me explain to you that Allah will reward them for their good deeds in this life. 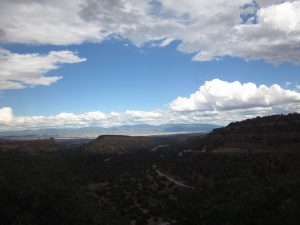 He will, for instance, grant them long life, bless their money and trade, and grant them good health, obedient children, and successful careers.

You must always remember that Allah does not leave a good deed unrewarded.

As for the destiny of every single individual in the hereafter, Almighty Allah decides it according to His knowledge.

To sum up, I advise you to work hard on your family and introduce, by means of your personal example, the beauties of Islam to them and pray to Allah all the time to guide you first and then guide them to the best of paths.

Accepting Non-Muslims; Do They Deserve Paradise?

Do Non-Muslims Who Believe in God Go to Heaven?