aaa
Q If I wanted to marry a Muslim woman, I would have to become Muslim. What changes would that bring to my life? Can I live up to that? Like, I don't like to go to church; I pray alone, not together. I only pray for our food or before sleep. Those kind of things. Would I have to be circumcised when I want to become Muslim? What couldn’t I eat anymore? I’m just curious what it would all bring.

From your question, I take it that you are not seriously thinking of marrying a Muslim woman at this time but are curious about the Muslim lifestyle.

Certainly the lifestyle of a devout Muslim is quite different from that of other people, and it might sound very difficult for someone who is just looking at it out of curiosity. But when one sincerely embraces Islam and tries to please God, God makes the lifestyle changes much easier.

The first pillar of Islam is declaring that you believe and bear witness that there is no god but God (Allah) and that Muhammad is the Messenger of God. The second pillar is performing the five daily Prayers.

If you became Muslim, certainly one of the biggest changes would be your obligation to worship five times a day. The Muslim ritual Prayer, called salah, is more than just saying a few words.

It requires you to make a ritual ablution, to face the qiblah (the direction of the Ka`bah in Makkah), and to take various postures—standing, bowing, prostrating, sitting—while praying.

You must turn your whole mind and body to God five times a day. It is best if these Prayers are performed in congregation, but this is not always possible for everyone, especially in non-Muslim countries.

You must also attend the Friday congregational Prayers (Jumu`ah Prayers), while for women the Jumu`ah Prayer is optional.

You would also have to observe the other pillars of Islam: the fast of Ramadan, paying zakah (a portion of your excess income to the needy), and performing Hajj (pilgrimage to Makkah) if you are financially and physically able. Please see Understanding Islam for more on these.

Since you mention praying before eating, if you were Muslim you would say a short prayer—“bismillah ir-Rahman ir-Rahim” (In the name of Allah, Most Gracious, Most Merciful)—before eating or drinking anything.

There are also other short supplications that are recommended before you do certain things. These could be learned gradually and added to your daily habits.

Another big lifestyle change for you would stem from the dietary laws. Muslims are forbidden to eat pork or pork products, blood (found in some sausages), carrion, and animals of prey. Many Muslims in non-Muslim countries prefer to eat only meat that is slaughtered by Islamic rite.

If you followed this school it would limit your choices in restaurants to seafood and vegetarian dishes. Halal or dhabihah meat that is slaughtered by Islamic rite is now available in specialty shops in many cities of North America and Europe, so it would not be impossible to follow these laws.

Muslims are also forbidden to drink alcohol or even to sit with someone who is drinking it. It is a major sin to do so. This leads to a third major lifestyle change because it would probably affect not only your diet but also your social life.

So, if you were Muslim, you could still play sports with your buddies but you couldn’t go out drinking with them afterwards; you could watch a game with them only if they agree not to drink alcohol. Similarly, you could not attend most parties with non-Muslims because alcohol would be served.

The prohibition of alcohol (and any other intoxicant or narcotic) also extends to its manufacture, sale, distribution, serving, and transportation. So if your work involves any of these, you would have to find a different line of work if you were Muslim.

There may be other challenges at work when you as a Muslim do not socialize after hours with colleagues (if they’re drinking) or refuse to wine and dine clients. But Muslims must stand up for what they believe in, and I think that the majority of people actually would respect you if you marched to a different drummer and lived by your convictions.

But you would probably find, as do most new Muslims—if they are sincere in their Islam—that you naturally drift away from your non-Muslim friends as you become stronger in your faith and find new Muslim friends.

Another lifestyle change you would probably have to make is learning to limit your use of credit cards. Muslims are forbidden to deal with bank interest, so you would have to learn to save and pay cash, or pay in installments without having a bank loan. 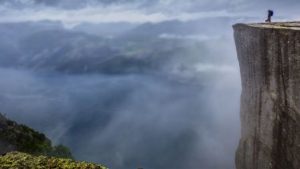 I can’t answer your question about circumcision. While Muslim boys are normally circumcised, I’m not qualified to say whether this is absolutely required of converts. Please submit this question to our fatwa department.

I hope this answers your questions satisfactorily. If you should ever really decide to marry a Muslim woman, I hope your decision to convert to Islam will be because you sincerely believe in the religion, and not just for the sake of marriage. If you have any more questions, please ask!

Thank you and salam.

Islam Embraces All Religions: The Tolerance of Islam

The Agelessness of Islam – Why These Young People Choose Islam?

Have I Found Islam, or Has Islam Found Me?