aaa
Q Salam. There is no much corruption, evil, injustices and disasters (recent wildfire in Canada) in this world causing lots of human sufferings, which makes me think that there is no God. If He exists, why doesn't He show His mercy. How do you explain that?

Corruption, evil and injustices in the earth don’t mean that there is no God, they mean that many people have diverted from the path of God, from His Guidance, His Message, His Light and from seeking Him…

“We don’t need God to help us, we need to be practical”

With regards to the recent wildfires in Canada, some people say that we don’t need prayers or God’s help. We need practical work on the ground.

We definitely need that. It doesn’t contradict the purpose of prayers and returning to the Creator with humility for help as well.

Have you heard of cases where a person is diagnosed with a terminal illness and doctors exhaust all efforts but declare that this person cannot make it, only to find this person actually recovering?

There are also cases when someone takes all precautions to remain fit and healthy; staying away from smoking, drinking and all bad habits, only to find that person die suddenly and unexpectedly for absolutely no tangible reason?

Our efforts do not solely guarantee the results!

Our efforts are needed, but they’re not the only element in the equation.

We need to have humility and humble ourselves to that which is beyond our powers.

The human being is mind, body and soul. When it’s time for the soul to exit the body, there is nothing we can physically or externally do to the body to lock that soul into it and prevent the person from dying. They already enter another realm beyond our knowledge and power…. just like we had no power entering into this world in the first place.

Why then do we become arrogant with The One who gave us this life that we had no power creating out of nothing on our own?

Evidence against God’s Mercy, but what about the evidence FOR His Mercy?

If you think about it, in comparison to the age of the earth that reached billions of years, how much time was spent in earthquakes or other disasters?

Are the exceedingly longer periods of ease, peace and stability worth nothing?

“And when We let the people taste mercy, they rejoice therein, but if evil afflicts them for what their hands have put forth, immediately they despair.” (Quran 30:36)

How will we appreciate what we have, if we didn’t taste the bitterness of losing it?

There are countless daily blessings that we take for granted and hardly ever stop to think about or thank God for.

“And it is He who sends down the rain after they had despaired and spreads His mercy. And He is the Protector, the Praiseworthy. And of His signs is the creation of the heavens and earth and what He has dispersed throughout them of creatures. And He, for gathering them when He wills, is competent. And whatever strikes you of disaster – it is for what your hands have earned; but He pardons much. And you will not cause failure [to God] upon the earth. And you have not besides God any protector or helper.” (Quran 42: 28-31)

“And it is He who has made the night for you as clothing and sleep [a means for] rest and has made the day a resurrection. And it is He who sends the winds as good tidings before His mercy, and We send down from the sky pure water. That We may bring to life thereby a dead land and give it as drink to those We created of numerous livestock and men. And We have certainly distributed it among them that they might be reminded, but most of the people refuse except disbelief.” (Quran 25: 47-50)

“And even if We gave them mercy and removed what was upon them of affliction, they would persist in their transgression, wandering blindly. And We had gripped them with suffering [as a warning], but they did not yield to their Lord, nor did they humbly supplicate” (Quran 23: 75-76)

I’m reminded here with a real life example of a remarkable woman in our own circles. She has been diagnosed with Spinal Muscular Atrophy (SMA) as a child.

At first glance, you may look at this young lady on her wheelchair and think, “Why did God do this to her? She seems miserable? Where is mercy? Why does she have to suffer like this?”

Little do you know that this young woman, through her difficulty and through her struggles, would be a major source of motivation and inspiration to many people… teaching them how to be thankful, how to be grateful rather than being narrow-minded or angry at their situations.

She has touched many lives and taught many lessons, probably if it wasn’t for the suffering and experiences she has gone through, she wouldn’t have been able to realize those deeper meanings she shares to date with people. 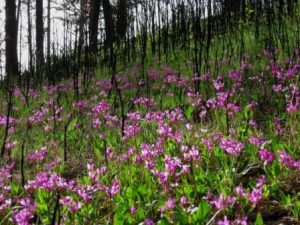 We may have a defeatist or angry perspective at situations we live in, or we may be among those who look beyond the difficulty to realize the greater messages embedded in there, which we wouldn’t have learned if it wasn’t for those difficulties.

There is another form of suffering which we accept and celebrate: child birth.

There has been much evidence that giving birth to a child is quite an excruciatingly painful experience. Why then are women still giving birth?

Think about all the changes a mother goes through over a period of nine whole months. Think about the long hours of intense labor, waiting, screaming, tears and pain.

Then comes the child…And the moment the mother holds her child to her chest, it is as though she has been given the world’s greatest gift.

Immense love, immense mercy and an immensely beautiful human experience came out of this suffering.