aaa
Q I've gradually become aware of, and interested in Islam, for almost 5 years now. I found a few lady friends on the internet who were born into Islamic families, who helped me learn even more. The problem is that I've been married 17 years to a Christian gentleman and we live in our home with my Mother who is also Christian. They are both opposed to reversion to Islam. So, long story short, I gave Shahada, privately to myself, late last year. I don't know any Muslims and the nearest Islamic center at the time is 90 minutes away. We live in a rural area in the east USA. I did not know of the rule that Muslim women are not to be married to Christian men at the time. When I learned this rule, I guess I must give up being Muslim as I will not consider divorce. The thing is, Islam is in my thoughts constantly. I study regularly. I'm drawn to it. Actually, we (my husband and I) went to a Islamic Center last week together-first time for both of us. But I don't feel DH will ever revert. Can I be Muslim?

Short Answer: Muslim scholars differ in opinion on this matter. According to the four main schools of jurisprudence, it is forbidden for the wife to remain with her husband, or indeed to allow him conjugal rights, once her period of waiting has expired. However, some scholars see that it is for her to remain with him, allowing him to enjoy full conjugal rights, if he does not prevent her from exercising her religion and she has hope in him to revert to Islam.

Your words have touched me very deeply.

We understand the complicated situation you are in and the pain it is causing you. May Allah guide your steps.

The difficulties you are going through are greatly rewarded by Allah the Almighty.

The first generations of Muslims also went through many hardships when they converted to Islam. Whatever we suffer today is nothing compared to their sufferings.

Be sure that you are following their footsteps and thus success is waiting you.

Allah has wisdom in every situation He put us in and He has the power and control of everything.

The moment you accept that Allah is the One and Only God, that He sent prophets to guide mankind, that the last prophet sent by Allah is Prophet Muhammad, and that the Quran is Allah’s authentic and protected word, you are Muslim.

Therefore, saying the shahadah on your own at this stage is a good step and it is enough for you to become Muslim, as Allah knows what is in your heart.

The formal conversion is required only for getting official papers.

For example, if you want to make hajj, you have to get a certificate that you are Muslim in order to get a visa to travel to Saudi Arabia.

As for the marriage problem, I will cite for you the Islamic ruling which has been given by the European Council for Fatwa and Research.

“If the wife reverts to Islam while her husband remains on his religion, the Council sees the following:

1) If her reversion to Islam occurs before the consummation of marriage, then they must immediately separate.

2) If her reversion to Islam occurs after the consummation of marriage, and the husband also embraced Islam before the expiry of her period of waiting (`Iddah), then the marriage is deemed valid and correct.

3) If her reversion to Islam occurs after the consummation of marriage, and the period of waiting expires, she is allowed to wait for him to embrace Islam even if that period happens to be a lengthy one. Once he does so and reverts to Islam, then their marriage is deemed valid and correct.

4) If the wife chooses to marry another man after the expiration of the period of waiting, she must first request a dissolution of marriage through legal channels.

According to the four main schools of jurisprudence, it is forbidden for the wife to remain with her husband, or indeed to allow him conjugal rights, once her period of waiting has expired.

However, some scholars see that it is for her to remain with him, allowing him to enjoy full conjugal rights, if he does not prevent her from exercising her religion and she has hope in him to revert to Islam.

The reason for this is to consider the case of women who would find it difficult to embrace Islam with the condition of being separated from their husbands and deserting their families.

Those scholars based their view upon the ruling of `Umar ibn Al-Khattab (may Allah be pleased with him) in the case of the woman from Al-Heera who reverted to Islam while her husband remained on his religion. 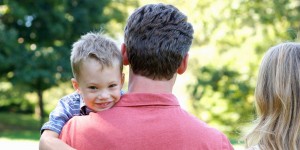 According to the authentic narration of Yazeed ibn `Abdullah al-Khatmi, `Umar ibn Al-Khattab made it optional for the woman to leave her husband or to stay with him. (Ibn Al-Qayyim in his book Zadul-Maad and Ibn Hajar Al-Asqalani in his book Fathul-Bari – Sahih)

They also cite, in supporting their view, the opinion of `Ali ibn Abi Talib concerning the Christian woman who embraced Islam while still married to a Christian or a Jew.

`Ali said that her husband’s conjugal right was still inalienable, as he had a contract. This is also an authentic narration.

It is also known that Ibrahim al-Nakha`i, ash-Shi`bi and Hammad ibn Abi Sulayman had the same view.

Try to talk to your husband more and more about Islam in a gentle manner. Never give up hope.

You said you took him to an Islamic Center, but you think he will never revert. Who knows, Cindy?

Your decision to become Muslim will encourage him to think about Islam. Give him more time to think.

Be patient and be sure that God will make a way out for you.

Show him all the love and respect he deserves.

His willingness to go with you the Islamic Center is a good indication that he has the intention of knowing what Islam is about.

Be a Role Model

With regard to your mother, you have to tread carefully in handling this issue.

Islam commands that you have to be kind with your mother though she is not Muslim. Treat her gently. Do not talk about Islam unless she asks you to discuss certain issues with you.

Be a role model of the true Muslim by your actions and behavior. Always remember that charity begins at home.

Your mother is the most deserving of your care. Show her that you are still her daughter and nothing has changed.

You mentioned that you have been reading about Islam for more than five years, so do not think that your mother will reconsider the preconceptions she has about Islam and Muslims over a night or so.

Your Path to Allah

Now we come to the issue of how you tread your path to God. The path is very long, but, step by step you will reach your destination.

You should learn more and more about Islam. Practice as much as you can. You can practice the daily Prayer at work if you are unable to do it at home.

Since you live far from the mosque, you can surf the Internet for materials that teach you how to perform the rituals of Prayer. But please choose the right resources. If you fail, we can send you links that will help.

We are approaching the month of Ramadan. I understand that it is quite difficult to practice it at home as you are always expected to eat with your mother and your husband.

If there is a possibility to eat out one day alone with your friends, have the intention to fast and break the fasting outside the home. Do whatever you can do without giving a chance to others to argue with you.

Try to re-contact the ladies you knew through the Internet as they will be more than happy to help you. Try to join Muslim female groups on Facebook to learn more about Islam.

You can also always visit the Living Islam page on our website. 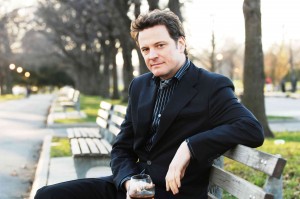 Try your best to develop yourself spiritually. Be honest, trustworthy, gentle, kind, and generous.

Your good behavior will have a good effect on your mother and husband. This will make consider Islam and develop a genuine interest in knowing more about the new way of life you have chosen.

Get a good translation of the meaning of the Quran and read it to understand the message of this divine book.

Try also to get a short book on the Prophet’s life to know more about this man who was entrusted with Allah’s message and how he conveyed it to his people with wisdom and admonition.

We pray to Allah to strengthen your faith and help you know more about Islam.

Please contact us if you have more questions or if we can help you in any way.

Thank you again for contacting us and please keep in touch.

New Muslim: Long-Term Partner Won’t Convert. What To Do?

Have a Muslim Boyfriend: How to Convert to Islam?

Can My Fiancé Convert to Islam to Marry Me?