aaa
Q As-salamu Alaykum Brothers, I just have a question I would like you to answer. I have had a debate with my Christian friend, that the Bible has been corrupted. And, he told me: “Do you think God would let His Bible be corrupted?” So, my question is: Why did God let the Christian Bible get corrupted? Thank you.

Thank you for your important question and for contacting Ask About Islam.

The answer is simple, but unfortunately widely unrecognized by Christians and – more so – by Muslims. Let us first ask:

“Is the current Christian Bible really the word of God?”

The Bible is a huge collection of “human” writings, 38 (+9 disputed) books comprising the Old Testament and 20 (+7 disputed) books of the New Testament. The Old Testament assortment includes books of history, proverbs, myths, legislation …etc, representing the popular literature of the Israelites. They were composed by many scribes, several centuries after the Prophet Moses, peace be upon him.

Similarly, the New Testament embodies the Gospels, four different biographies of the Prophet Jesus, peace be upon him, written by Matthews, Mark, Luke and John, whose identities are widely disputed. In addition, the New Testament contains the epistles of Paul, Peter and John. This is as well as the Acts – also due to Paul or Luke – and the Visions of John.

So, none of the Bible books can be claimed to be the word of God. It was the Nicea Council in the fourth century after Christ, who selectively sanctified these books to be “holy”, from among hundreds of other writings of the earlier Christians. While admitting the human authorship of these books, the churches claim and teach – without proof – that these human writings were “inspired” by God.

However, neither of the Bible authors themselves claimed, or probably even imagined that their books would ever be “holy”. Read for example:

“For as much as many have taken in hand to set forth in order a declaration of those things …, Even as they delivered them unto us …; It seemed good to me also, having had perfect understanding of all things from the very first, to write unto thee in order, most excellent Theophilus …” (Luke 1:1-4)

“The book of the generation of Jesus Christ, the son of David, the son of Abraham.” (Matthews 1:1)

“The former treatise have I made, O Theophilus, of all that Jesus began both to do and teach.” (Acts 1:1)

“These be the words which Moses spake unto all Israel on this side Jordan in the wilderness …” (Deuteronomy1:1)

“Now after the death of Moses, the servant of the Lord, it came to pass that the Lord spake unto Joshua the son of Nun …” (Joshua 1:1)

Could any of these books be words of God, or rather typical human anecdotes and historical accounts? 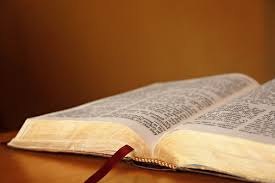 Add to these facts the countless contradictions and obvious mistakes in the Bible text. As few examples, compare the following pairs:

“And again the anger of the Lord was kindled against Israel, and he moved David against them to say, Go, number Israel and Judah.” (2 Samuel:24:1V)

“And Satan stood up against Israel, and provoked David to number Israel. (1 Chr 21:1)

“Therefore Michal the daughter of Saul had no child unto the day of her death.” (2 Samuel 6:23)

“These be the names of the mighty men whom David had: … he lift up his spear against eight hundred, whom he slew at one time.” (2 Samuel 23:8)

“And this is the number of the mighty men whom David had: … he lifted up his spear against three hundred slain by him at one time. (1 Chronicles 11:11)

“But the Syrians fled before Israel; and David slew of the Syrians seven thousand men which fought in chariots, and forty thousand footmen, and killed Shophach the captain of the host.” (1 Chronicles 19:18)

“And the Syrians fled before Israel; and David slew the men of seven hundred chariots of the Syrians, and forty thousand horsemen, and Samuelote Shobach the captain of their host, who died there. (2 Samuel 10:18)

Further, no rational mind could accept the false charges and shameless references to the great prophets, peace and blessings be upon them all, such as:

Could such texts be inspired by God!

It can thus be concluded that the available Bible has nothing to do with the original Injeel of Jesus or Torah of Moses, both of which have disappeared, except in as much as traces of their texts might be part of the few sayings attributed to Moses and Jesus in the Bible. Still, it is difficult to decide which of these sayings are divine revelations and which are the teachings of the respective prophet.

Hence, it is an over-simplification to say that the available Bible is the word of God, corrupted by Man. Rather, it is almost A-Z a human text. Why then should not God allow the corruption of what His creatures invented? 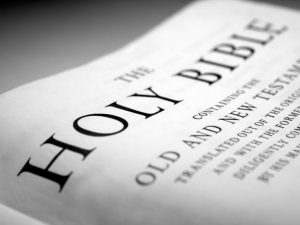 {So woe to [the ones] who write the Book with their hands; thereafter they say, “This is from [the providence of] Allah.” That they may trade it for a little price; So, woe to those for what their hands have written, and woe to them for what they have earned.} (Al-Baqarah 2: 79)

I hope my answer is satisfactory. Thank you again for your question and please keep in touch.