aaa
Q Do Muslims believe that Adam and Eve were the first human beings? Or do we believe that humans evolved into their present form over many years, which most Catholic and Orthodox Christians proclaim? Additionally, most Christians believe that many stories from the Bible such as the Flood and the Garden of Eden are actually myths with only spiritual truths. What do Muslims believe? Were Adam and Eve the first human beings and was the entire earth covered in water during Noah's lifetime? Salam.

The Creation of Humanity

Allah Almighty in the Quran tells us about the creation of the first humans:

{O mankind! Reverence your Guardian-Lord, who created you from a single person, created of like nature his mate, and from them twain scattered (like seeds) countless men and women;- reverence Allah, through whom you demand your mutual (rights), and (reverence) the wombs (That bore you): For Allah ever watches over you} (An-Nisaa’ 4:1)

{Oh mankind! We created you from a single pair of a male and a female, and made you into nations and tribes, so that you may know each other} (Al-Hujurat 49:13)

These verses clearly speak of the creation of the first humans: Adam and his mate, Eve. This is not to deny the general idea of the slow development of life on the planet through specific stages over a long period of time.

The verses quoted refer specifically to the creation of Allah’s khalifah (usually translated as vicegerent) on earth: humans.

The uniqueness of man consists in his possession of a soul endowed with special qualities and abilities such as reason, imagination, discretion, conscience, and free will:

{Behold, your Lord said to the angels: “I will create a vicegerent on earth.”

They said, “Will You place therein one who will make mischief therein and shed blood?- while we do celebrate Your praises and glorify Your holy (name)?” He said, “I know what you know not.”

And He taught Adam the names of all things; then He placed them before the angels, and said, “Tell me the nature of these if you are right.”

They said, “Glory to You, of knowledge we have none, save what You Have taught us: In truth it is You Who is perfect in knowledge and wisdom.”

He said, “O Adam! Tell them their names.” When he had told them, Allah said, “Did I not tell you that I know the secrets of heaven and earth, and I know what you reveal and what you conceal?”

And behold, We said to the angels, “Bow down to Adam” and they bowed down. Not so Iblis: He refused and was haughty: He was of those who reject Faith.”} (Al-Baqarah 2:30-34)

These verses underscore the idea that humans are not apes that have attained an advanced stage of random evolution. The so-called human species came to be on earth because Allah Almighty created them male and female and placed them on earth with a mission.

The Quran does not describe the creation of Eve, but mentions a mate with the same kind of nature and soul as Adam’s: 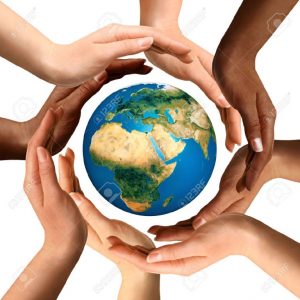 {It is He Who created you from a single person, and made his mate of like nature, in order that he might dwell with her (in love)} (Al-A`raf 7:189)

The foregoing means that the first humans were created by a special command of Allah Almighty; whereas the creation of plants and animals could have been by a process of evolution He set in motion, for the Quran teaches us that Allah Almighty is the Creator as well as the Maker.

The Theory of Evolution

This verse endorses the scientific theory that life first appeared in the ocean, by leave of Allah, but humans are the special creatures of Allah by a specific command from Him.

The problem with this theory (as well as with most scientific theories) is the assumption that all events take place accidentally, that is, without a supreme being to oversee them.

For instance, consider the expression “natural selection.” It means that new species come into being “naturally,” that is to say, as a result of prior causes, which in their turn were the results of events before them and so on, in an infinite regression. It is also stated that these causes if traced back will not lead us to “a first cause.”

{See they not how Allah originates creation, then repeats it: Truly that is easy for Allah. Say: “Travel through the earth and see how Allah did originate creation; so will Allah produce a later creation: For Allah has power over all things.”} (Al-`Ankabut 29:19-20)

{He has created the heavens and the earth in just proportions and has given you shape and made your shapes beautiful: And to Him is the final Goal.} (At-Taghabun 64:3)

The above verses clearly speak of Allah as the Originator and Creator of everything in the universe, irrespective of any man-made theory that states the contrary view.

The foregoing means (among other things) that we Muslims cannot adopt the “postmodern” interpretations of some Christians with regard to the accounts of the Garden of Eden or the Flood of Noah’s time. We should accept the Quranic narrations of those primordial events as factual.

About the Flood in Noah’s time, the biblical narration of the Great Flood speaks of a universal inundation that covered the whole of the earth:

“The water prevailed fifteen cubits higher, and the mountains were covered. All flesh that moved on the earth perished, birds and cattle and beasts and every swarming thing that swarms upon the earth, and all mankind; of all that was on the dry land, all in whose nostrils was the breath of the spirit of life, died.

Thus He blotted out every living thing that was upon the face of the land, from man to animals to creeping things and to birds of the sky, and they were blotted out from the earth; and only Noah was left, together with those that were with him in the ark. 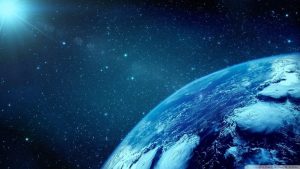 “The water prevailed upon the earth one hundred and fifty days.” (Genesis 7:20-24; New American Standard Bible)

That is to say, the whole planet earth was under water, according to the Bible.

On the contrary, the Quran speaks of a disaster that covered only the particular region where Noah and his people lived, not the whole of the earth:

{We sent Noah to his people. He said, “O my people! Worship Allah! You have no other god but Him. I fear for you the punishment of a dreadful day!

The leaders of his people said, “Ah! We see you evidently wandering (in mind).”

He said, “O my people! No wandering is there in my (mind): On the contrary, I am an apostle from the Lord and Cherisher of the worlds!”

“I but fulfill towards you the duties of my Lord’s mission: Sincere is my advice to you, and I know from Allah something that you know not.

“Do you wonder that there has come to you a message from your Lord, through a man of your own people, to warn you,- so that you may fear Allah and haply receive His Mercy?”

But they rejected him, and We delivered him and those with him in the Ark: But We overwhelmed in the flood those who rejected Our signs. They were indeed a blind people!} (Al-A`raf 7:59-64)

It is clearly stated here that those who rejected Allah’s signs were overwhelmed in the flood, and not every living being on the face of the earth.

I hope this answers your queries. Keep in touch.