aaa
Q Did God create Eve from Adam's rib or did He create them together? What is the difference between the Islamic version of the story of creation and the Christian version? Is there any contradiction between the two versions?

There is a lot of common ground shared by the Judeo-Christian tradition and the Islamic tradition with regard to belief and practice.

Both the Bible and the Quran tell the story of the creation of the first man, Adam.

This story is significant for its universal appeal, as it tells how mankind began its earthly existence.

Indeed, the same story is repeated in several surahs, such as Al-Baqarah, Al-A`raf, and Ta-Ha.

In all these places, the emphasis is on the creation of Adam, and we should understand that Adam here stands for Man in the generic sense.

{We created Man from sounding clay, from mud moulded into shape…} (Al-Hijr 15:26)

It also says what means:

{He began the creation of Man from clay, and made his progeny from a quintessence of fluid} (As-Sajdah 32:7-8)

The Creation of Eve

The creation of Eve is not described in the Quran as in the case of Adam; though it is stated that a “mate” was created with Adam, from the same nature and soul. The Quran says what means:

{It is He Who created you from a single person, and made his mate of like nature, in order that he might dwell with her in love.} (Al-A`raf 7:189)

We find “Eve” as the name of the first woman at the beginning of Chapter 4 of the Book of Genesis, in the Bible. Though the Quran does not give her name, she is known in Islamic tradition by the Arabic name Hawwa`.

The Bible describes the creation of Eve in these terms: 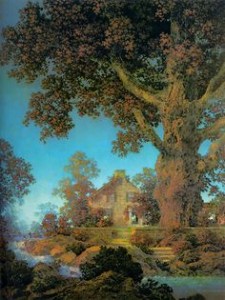 The Quran confirms that Hawwa` was indeed created out of Adam but is silent on the specific process of her creation. It states what means:

{O mankind! reverence your Guardian-Lord, Who created you from a single person, created, of like nature, His mate, and from them twain scattered [like seeds] countless men and women;—reverence God, through whom ye demand your mutual [rights], and [reverence] the wombs [that bore you]: for God ever watches over you.} (An-Nisaa’ 4:1)

Both the descriptions in the Bible and the Quran clearly show that the creation of Hawaa’ also was unique as she was the only woman created from a man.

But unlike the Bible, the Quran does not say that Hawwa was created from Adam’s rib, but says that she was made “of like nature.”

We may note, however, that the biblical statement above is not contradicted by the Quran, and what is more, it is supported by the hadith reported by Abu Hurairah (may Allah be pleased with him). He relates that the Prophet Muhammad (peace be upon him) said:

“Treat women kindly. Woman has been created from a rib and the most curved part of the rib is the uppermost. If you try to straighten it, you will break it and if you leave it alone, it will remain curved. So treat women kindly” (Al-Bukhari and Muslim)

This does not mean that Islam views women as biologically warped, but only that their basic nature demands special consideration and kindness.

The rib implies that the process of creation of woman differed from Adam and was unique. The Bible says, “God said, ‘It is not good that Man should be alone; I will make for him a help meet,’” and the Quran speaks of humanity’s {Guardian-Lord… [creating] from a single person, …of like nature, his mate}.

We may say that the rib is symbolic of the husband’s duty to treat his wife as part of himself, as well as the wife’s dependence on the husband for care and protection.

Differences Between The Bible & The Quran

The few differences between the Biblical presentation of creation and the Quranic one can be summarized thus: 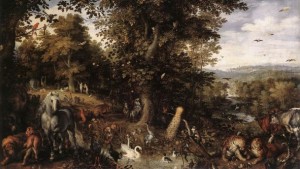 All the three religions of Judaism, Christianity, and Islam agree on one basic fact: Both men and women are created by God.

But the Judeo-Christian tradition teaches that Satan appeared in the form of a serpent before Eve and tempted her to eat from the forbidden tree and that it was Eve who seduced Adam to eat with her.

According to the Genesis story, God rebuked Adam for what he did, but the latter put all the blame on Eve:

[The woman you put here with me—she gave me some fruit from the tree and I ate it] (Genesis 3:12)

[I will greatly increase your pains in childbearing; with pain you will give birth to children. Your desire will be for your husband and he will rule over you] (Genesis 3:16)

To Adam He said:

[Because you listened to your wife and ate from the tree … cursed is the ground because of you; through painful toil you will eat of it all the days of your life] (Genesis 3:17)

The Islamic view of the matter is clear from the verses that mean:

{By deceit he [Satan] brought them to their fall: when they tasted the tree, their shame became manifest to them and they began to sew together the leaves of the Garden over their bodies. And their Lord called unto them: “Did I not forbid you that tree and tell you that Satan was your avowed enemy?” They said: “Our Lord we have wronged our own souls and if You forgive us not and bestow not upon us Your mercy, we shall certainly be lost.”} (Al-A`raf 7:22-23)

A careful look into the two accounts of the story of the creation reveals some essential differences.

The Quran, contrary to the Bible, places equal blame on both Adam and Eve for their mistake. The Quran does not say that Eve tempted Adam to eat from the tree or even that she had eaten before him. 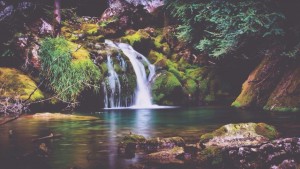 Eve in the Quran is not a seducer or deceiver. God, according to the Quran, punishes no one for another’s faults.

Both Adam and Eve committed a sin and then asked God for forgiveness and He forgave them both. So there is no question of a hereditary sin called Original Sin in Islam.

In short, the whole story clearly teaches us the divine directive for equality of the sexes, fairness, and justice in matters relating to men and women.

The following Islamic principles are brought to light also; that humans have freedom of will, responsibility for their choice of action and the consequent accountability before God.

And Allah knows best. I hope this is informative.

If Men Are Naturally Polygynous, Why Adam & Eve?

Adam, Eve, And Who Else?

Was Adam Punished for Disobeying Allah?